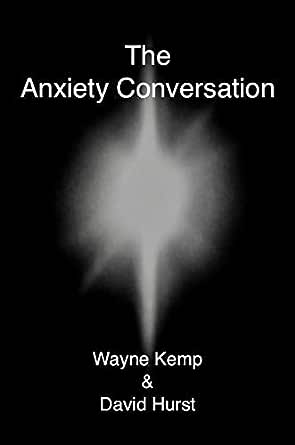 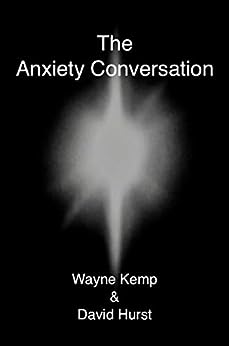 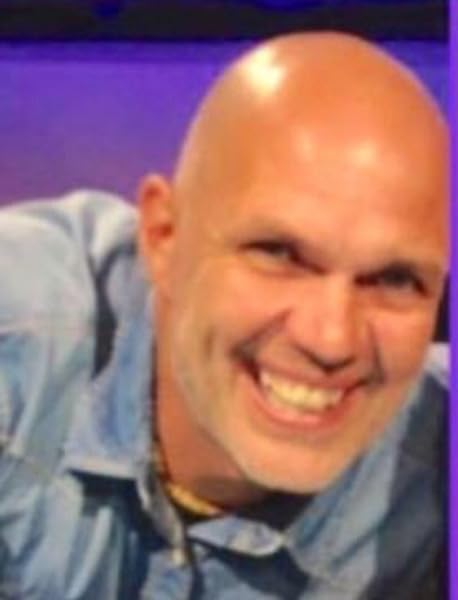 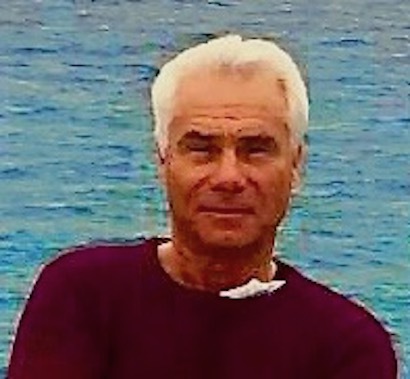 The Anxiety Conversation: How to live the life you were meant to live – and become the person you're supposed to be Kindle Edition

Mr. M. J. Holden
5.0 out of 5 stars An honest, open and inclusive conversation that will save and change lives
Reviewed in the United Kingdom on 28 March 2019
Verified Purchase
There's almost something bittersweet about this book since it's highly likely some of the people it could help the most will decide it's not for them. However, if you've had enough of your own anxiety, or are despairing for others around you or the increasingly fevered machinations of the wider world, then there is something wonderful here-- simple, lived truth and wisdom shared between friends who have been through the worst and come out the other side. David and Wayne have both benefitted from 12 step programmes so expect language in that tradition and some kind of God concept would be useful, but there are no prerequisites for what is laid out here. People of all faiths and without have known these things for centuries, but it seems we have never needed them more than now. A frank, modern evocation of how to live well and find peace and sanity without medication, or madness in world that seems increasingly to run on both. I could think of very few people I knew who wouldn't benefit from just a few pages, but I think the key here is to find it when you need it rather than to have it thrust upon you. I hope you find something here for you.
Read more
2 people found this helpful
Helpful
Sending feedback...
Thank you for your feedback.
Sorry, we failed to record your vote. Please try again
Report abuse

Melanie wassell
5.0 out of 5 stars THIS BOOK IS A GAME CHANGER
Reviewed in the United Kingdom on 26 August 2019
Verified Purchase
OK....So i read this book to help with a 7 month depressive episode. I have struggled since i was 11 with depression, anxiety and panic attacks at various times. This book is honestly and beautifully written. Just a flowing conversation between two guys who know what they are talking about. Easy to read for when you are not feeling so good, it weaves its way through life and shines the spotlight on how our minds react and try to make sense of the things we experience every day. It gives you strength and clarity on how to help yourself. You can dip in and out when you need a reminder you are fighting your fight.

There is a section about God, but interpret that as YOUR god if you are not religious. We all need something be it god, spirit, divine energy, hope, belief to keep us rooted to this physical world while we have this experience of life. Something to keep us grounded. Im not religious and i still adore this book.

Ive recommended this to my friends and bought my mum a copy. She struggles with Bi polar. She is quoting bits already!

A secure investment.
Read more
One person found this helpful
Helpful
Sending feedback...
Thank you for your feedback.
Sorry, we failed to record your vote. Please try again
Report abuse

James P.
5.0 out of 5 stars Potential life changer
Reviewed in the United Kingdom on 19 March 2019
Verified Purchase
If interpreted correctly this book has the power to help transform your life. Rather than treating the pain of mental ill health with anti-depressants , illegal drugs, drink , or any manner of addictions it challenges you to realise the pain is there to make you change. To continuously grow spiritually and thrive from the opportunity you are being given to change your life. The book is easy to read and understand and I love the conversation format between the two authors, whilst its certainly a page turner once finished its just as easy to dip back into and pick out nuggets of wisdom.

I have recently been crippled with anxiety and obsessive thinking , and when you are on your on the floor in the middle of the night emotionally bankrupt its comforting to read the words of former sufferers who have been there themselves and now leading an inspirational life following their own personal transformations. To paraphrase the book who would you rather have help you, the hole expert who has read and written every book on getting out of a hole or the bloke who has actually been there and got out ?!

Another passage that resonated was " It could be that you are a very successful businessman and you are making loads of money , but really you should be teaching disabled kids basketball instead . You've climber the ladder of success but found it up against the wrong building"

I have already recommended this book to several friends and family and hope it helps them on their own personal growth journey as it is with mine. Its informative blend, challenges, teaches and inspires with real humility and I'm so grateful it was brought to my attention to purchase.
Read more
One person found this helpful
Helpful
Sending feedback...
Thank you for your feedback.
Sorry, we failed to record your vote. Please try again
Report abuse

Tom Howard
5.0 out of 5 stars I can recommend this book to anyone who has, or is struggling with any aspect of modern life.
Reviewed in the United Kingdom on 6 April 2019
Verified Purchase
I've just finished reading The Anxiety Conversation, and found it very informative. It's style is very honest and straightforward, which in today's confused and turbulent world, is a breath of fresh air. It questions the ways that our society is set up to combat mental illness and addiction, and offers a view from the flip side of the coin. The pain that we feel with depression, is there for a very good reason; it's our bodies telling us that something needs to change. Modern medicine "solves" these problems with prescription drugs, but unless there's input from us, the drugs are just a sticking plaster over a sceptic sore. It's not always a comfortable read, as it asks you to question many beliefs that you have, that might be hindering your life. It's those chapters that I will re-visit, because that is where the most valuable lessons can be found.
Read more
One person found this helpful
Helpful
Sending feedback...
Thank you for your feedback.
Sorry, we failed to record your vote. Please try again
Report abuse

V Trench
4.0 out of 5 stars Really interesting
Reviewed in the United Kingdom on 29 March 2019
Verified Purchase
I'm enjoying this book as it feels like a set of new insights into anxiety and addiction. It feels like something which will be an on-going read rather than something you read through once and are done with. Good to see something different on the subject too with some personal views and experience.
Read more
One person found this helpful
Helpful
Sending feedback...
Thank you for your feedback.
Sorry, we failed to record your vote. Please try again
Report abuse
Load more international reviews

TF
5.0 out of 5 stars Ordered again....
Reviewed in the United Kingdom on 22 July 2019
Verified Purchase
I have this book which my mother started to read, afraid that she would borrow my copy I ordered for her so she may have an insight into the stresses, pain and affliction of the past & modern day life & have the understanding of how people can learn to survive
Read more
One person found this helpful
Helpful
Sending feedback...
Thank you for your feedback.
Sorry, we failed to record your vote. Please try again
Report abuse

Joan (U.K.)
5.0 out of 5 stars Highly recommended
Reviewed in the United Kingdom on 18 June 2019
Verified Purchase
This book should be compulsory reading for every Psychologist and Psychiatrist employed within the N.H.S. and working privately.
Well done Wayne and David.
Read more
One person found this helpful
Helpful
Sending feedback...
Thank you for your feedback.
Sorry, we failed to record your vote. Please try again
Report abuse

Buzz Gillis
5.0 out of 5 stars This Book Sheds Much Light On The Subject Of Anxiety And What Can Be Done About It
Reviewed in the United States on 22 August 2019
Verified Purchase
★★★★★ from Buzz Gillis on August 21, 2019

It’s hard to describe in a few words how much this book has changed my life. For me personally, I don’t care for lofty platitudes or easy solutions to deeply troublesome problems that I am struggling with. I am in older person and I want someone to, as simply as possible, “lay it out” for me as to what I need to do to understand as to what it is that’s troubling me, why it is troubling me and how I can deal with it better than I have done in the past. I want straight talk and honest answers from people who have been there and done that before me. This is such a book.
Read more
One person found this helpful
Helpful
Sending feedback...
Thank you for your feedback.
Sorry, we failed to record your vote. Please try again
Report abuse