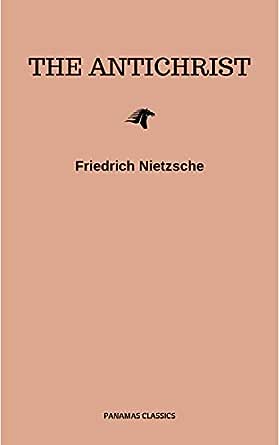 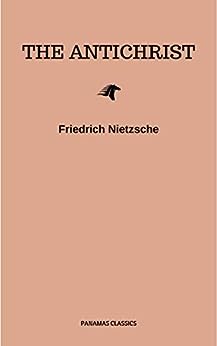 "Bombastic, acerbic, and coldly analytical, "The Anti-Christ" exemplifies the muscularity of thought that surrounds the Nietzsche legend." Cletus Nelson, "Eye"
"

Jeremy David Stevens
5.0 out of 5 stars But who am I?
16 July 2018 - Published on Amazon.com
Verified Purchase
The Anti-Christ is more about the organized religious institution of Christianity than it is about God or even Christians themselves (although he does criticize both God and Christians to some degree, too). The basis for his criticisms are as follows:

1. Christians lifted their religion from pagans.
2. The Bible is full of inconsistencies.
3. The leaders within the Christian faith are con-men and liars.
4. There are better choices than Christianity.
4a. The things Nietzsche states that he values over Christianity in the book include: Buddhism, Code of Manu, Jews/Judaism, Islam, and pretty much everything else.
5. The apostle Paul was one of the original Christian con-men.
6. Western civilization does not lie on a bedrock of Christianity as many modern people often claim (mistakenly in Nietzsche's opinion). He states that since Christianity was lifted from the pagans, it's really paganism that our civilization was built upon.

There is clearly a ring of truth in all of these assertions. I'm just not sure that it's as big of a deal as Nietzsche makes it out to be. But who am I to argue with the brilliant Friedrich Nietzsche?

With this being the first Nietzsche book that I have read, I was somewhat impressed (mainly at the way it is written and how it demands introspection), but found myself getting bored by the halfway point because it doesn't ever really go anywhere other than presenting chapter after chapter of why Nietzsche feels that Christianity is the worst thing to ever happen to the planet earth, and the thing is, the book is barely over 100 pages long.

I'll read more from Nietzsche, especially since most of his books can be found for free and I would recommend this book to those curious of his works. Despite the books angry repetition, it does leave you with pondering thoughts and in all honesty, I think even those that are highly religious could learn something out of this book.
Read more
14 people found this helpful

C. Daley III
4.0 out of 5 stars Not the Culmination I Was Hoping For
31 October 2006 - Published on Amazon.com
Verified Purchase
In Nietzsche's earlier works, he made several allusions to "The Anti-Christ," a man Nietzsche hoped would eventually be born. Unlike the traditional religious connotation, however, Nietzsche's anti-christ is a man who has such a deep insight into the universe, so pure a skepticism, that he is able to see truth like none before him. Spun throughout Nietzsche's works are allusions to the characteristics which this individual would possess to deliver this great insight into the world.

As one of his later works, I hoped this book would be that story. I had hoped that Nietzsche would bring together the threads of this new world view into a single poignant moment. Unfortunately, Nietzsche is never so forward and organized and an expectation otherwise was perhaps doomed to disappointment.

Instead of this culmination of work, I found this book a trifle repetitive. Over the course of 90 pages, Nietzsche repeats many of the anti-religious themes embedded in his earlier works. For those interested in this aspect of his scholarship (or unfamiliar with his previous works), I imagine this would be an excellent collection of his thoughts. He uses numerous examples to clearly indicate his attitude towards the rise of Christ, in life, as an ideal to equal his favorite Hinduism. For most of the book, however, he tells the story of the fall of Christ, in death, to the selfish motives of his flock. He weaves a story of an ideal which was so beyond his followers to understand that it became a twisted message used to grasp power.

Perhaps more important then the collection of thoughts is the success Nietzsche has in expressing his respect for Christ the man. Never before in Nietzsche's readings had I understood where he casts blame for the fall of Christianity. This makes the book especially accessible and well worth the read for people interested in his anti-organized religion attitudes.
Read more
10 people found this helpful

Pedro Luz
5.0 out of 5 stars From a born Christian
25 December 2017 - Published on Amazon.com
Verified Purchase
This book makes more sense than the Bible or any religious book themselves. It helps understanding the meaning of faith and Christianity. Should be required reading for all Christians.
Read more
4 people found this helpful
Go to Amazon.com to see all 113 reviews 4.1 out of 5 stars
Get FREE delivery with Amazon Prime
Prime members enjoy FREE Delivery and exclusive access to movies, TV shows, music, Kindle e-books, Twitch Prime, and more.
> Get Started
Back to top
Get to Know Us
Make Money with Us
Let Us Help You
And don't forget:
© 1996-2020, Amazon.com, Inc. or its affiliates