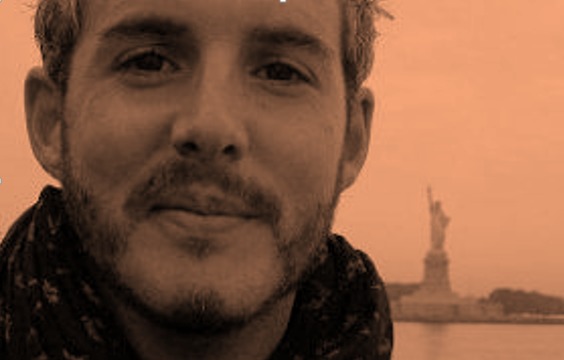 An Anthropology of Money: A Critical Introduction Paperback – 4 April 2017

by Tim Di Muzio (Author), Richard Robbins (Editor)
4.0 out of 5 stars 10 ratings
Edition: 1st
See all formats and editions
Sorry, there was a problem loading this page. Try again.

Tim Di Muzio is Senior Lecturer, School of Humanities and Social Inquiry at the University of Wollongong.

Start reading An Anthropology of Money on your Kindle in under a minute.

Alexios Xifaras
5.0 out of 5 stars A wonderful and eye opening book ! Don't miss it.
Reviewed in the United Kingdom on 4 January 2020
Verified Purchase
Having read dozens of important contributions to the theory and origin of money (e.g. Graeber's Debt the first 5000 years, Ingham's Nature of Money, Galbraith's Money: Whence IT Came, Where IT Went, Quiggin's A Survey of Primitive Money, Hudson's books on debt, Wray's Modern Money Theory: A Primer on Macroeconomics, etc), I initially thought that this book would be boring. However since I really like this topic and I enjoyed the same authors'other book called "Debt as power", I gave this book a chance. I did not regret it !

Although it is a short book, it is full of information. It's also very readable.

The authors through a relatively detailed description of the history and the different theories of money and a carefull explanation of our current monetary system, they masterfully show how the few rich (the 10%, 1%, call them however you like), exploits us all and make huge profits. The authors finally propose some solutions in order to reform our deeply exploitative and unfair monetary system.

In short: If you are interested in understanding the world we live in, then dont's miss this book !!
Read more
Report abuse

Hendrik Bright
3.0 out of 5 stars When anthropologists want to be economists
Reviewed in the United States on 29 August 2020
Verified Purchase
The book is nothing like anthropology: it doesn't compare monetary systems in different societies, it doesn't analyse how money is embedded in society, it doesn't analyse its symbolic value,... It mainly is a history of money and of monetary ideas. It also includes some proposals for reform, that you can read in other books.
On the positive side, it describes the different monetary theories, something you don't find in standard textbooks. It also explains the credit theory of money, which becomes to be widely accepted by central banks, but not by the hardliners of neoclassical economics like Mankiw, whose textbook is still widely used, although largely falsified by the 2008 financial crisis. It is very strange that they credit Richard Werner for reviving the credit theory, while it was Basil Moore who did this 25 years earlier. They also follow Werner in saying Keynes was against the theory, while in fact, he wrote a complete chapter defending it in the Treatise on Money. Oddly, the authors didn't even read any work by Keynes, as is clear from the bibliography.
The third chapter is a very bad one, proving that anthropologists should either study economics more thoroughly, or stay within their own domain. They wonder why the works of C.H.Douglas are "forgotten", but his example defending that in the current system not enough purchasing power is created (page 92-98), is completely flawed, because he doen't see "through " the transactions, that all payments finally go to a person or company that will use it as purchasing power. The same can be said about the claim that levying interest on loans implies that the money stock has to rise. In fact, they confuse liabilities and expenses. I would advise them to read the writings of Godwin about the stock-flow consistent approach!
Finally, their proposals for reform are of mixed quality. The treatment of local or alternative currencies lacks a critical analysis, only the success stories being given, not the failures or the conditions in which these currencies are useful or useless. On the other hand, the description of Bitcoin is more balanced.
As a conclusion, this is not an anthropology of money, but an overview of economic theories of money. It contains many flawed examples and takes ideas from other authors without examining them critically. Still, it is worth reading, because it is well written and structured, but don't expect to find any new insights.
Read more
Report abuse
See all reviews
Back to top
Get to Know Us
Make Money with Us
Let Us Help You
And don't forget:
© 1996-2021, Amazon.com, Inc. or its affiliates