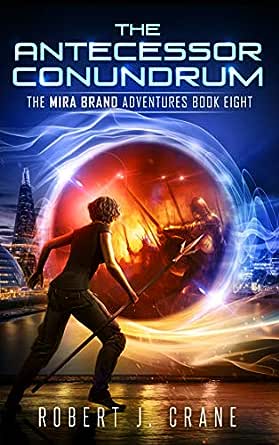 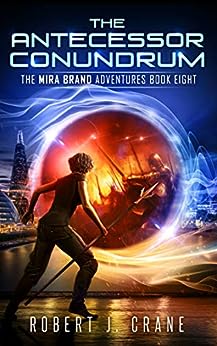 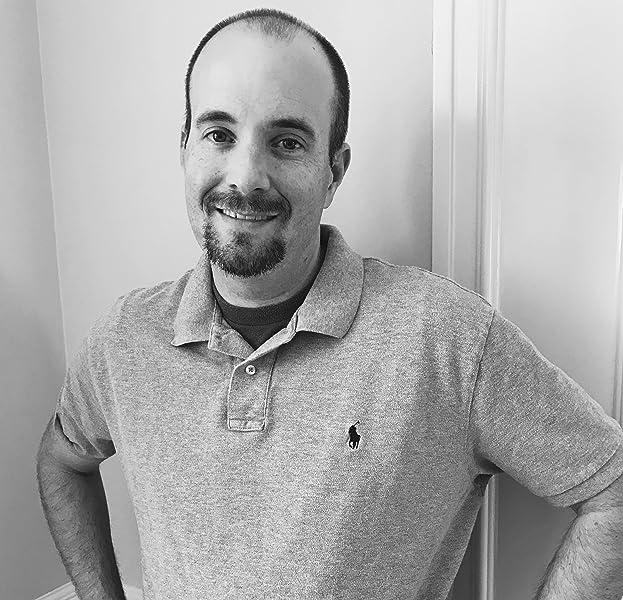 NJU
4.0 out of 5 stars Spoiler alert... I think?
Reviewed in Australia on 26 July 2019
This is the first Robert Crane review I've given less than 5 stars. I'm such a die hard fan! However, this time, I had to take one star from the usual five because there are way too many questions let unanswered. Please note that this is a review of the whole series not just this book. The first 6 books I'd give 5 stars since the story was still building but by book 7, there were just too many questions piling up and too many mistakes Mira and the crew (and supporting characters as well) didn't learn from. The chalice was the myth in the seeker world until Mira came around, it was that hard to find and while the without painted Carson as Mira's secret weapon of research, the speed at which seemingly anyone interested in all the other relics in the questline was just too convenient. I mean if the first relic was that hard to find, it only follows that subsequent ones will be even harder to find but first Alain Borrick is there for the Chalice, then Burton comes along for the plate, before we know it, it seems like the whole world can just find this supposedly impossible to find reluctant they all happen to arrive just at the same time as Mira... ok, the without will chuck that down to the antecessor, the timing I mean, but what about them figuring out the locations of the relics and keys? No information on how Preston Borrick had all th information to conveniently find all the relics only after Mire came into the seeks scene. I mean he'd been a seeker long before she was born right? So why only when she had the knowledge did he show up also knowledgeable? Oh then there's Mira's grandmother who brews potions, how come she didn't come prepared for the fire golems at the standoff? I mean Preston Borrick has already used that trick right? So being prepared for it makes perfect sense, oh and while I'm asking that question, why did the leader of the order of Apdau wait until Mira lost her arm before using a water spell on the fire golems, I mean that should have been his first move right? Preston Borrick was not painted as this genius seeker or spell user in the series so how did he suddenly out of nowhere have the upper hand in everything? Beat the GOLDEN KING OF THE SKIES so easily when the series paints him to be a skilled fighter who the reader reluntactly loves, yet the aging Borrick pounds him into a pulp without using spells or weapons? I mean this is the same fellow who was giving lessons on form and technique as he was fighting Mira... not just to his other drew members fighting but also to Mira who he was fighting... actually more like toying with. So how does Borrick who has no specials skills above the average top seeker manage to best him so thoroughly? I have lots more questions but you see where I'm going. This series is nice but nothing compared to the 'In the box' and 'Out if the box' series. I think the author could have taken more time to include the POV of pivotal characters like Preston, and also given some history on Mira's family... the origin and location of the library, the source of the rift btween her grandmother and her dad, there's just a whole lot of back story that would have made the series more well round, robust and much better to read.
Well, I went and made like it's a bad series to read but that's so not true, if you consider that this is a review of the whole series and I only highlighted the issues I have with it but not all that's good with it then, you'll see that it is actually a really good series to read. Also, I gave it 4 stars so, that speaks volymes more than what I've written 😁
Read more
Helpful
Comment Report abuse
See all reviews from Australia

Brian S
5.0 out of 5 stars Fitting end to the epic quests.
Reviewed in the United Kingdom on 6 May 2019
Verified Purchase
Well written adventure by Robert J Crane.
Very enjoyable end to the questing adventures.
More of a YA kind of feel but enough to entertain a sci-fi fan or dungeons and dragons. No loose ends at the end, all meat and tidy. Ten out of ten.
Read more
Helpful
Sending feedback...
Thank you for your feedback.
Sorry, we failed to record your vote. Please try again
Report abuse

Amazon Customer
5.0 out of 5 stars Superb read
Reviewed in the United Kingdom on 27 May 2019
Verified Purchase
Superb. Shame it’s the last in the series.
Read more
Helpful
Sending feedback...
Thank you for your feedback.
Sorry, we failed to record your vote. Please try again
Report abuse

Becky66
5.0 out of 5 stars Another good read
Reviewed in the United Kingdom on 13 May 2019
Verified Purchase
Enjoyed this book, always a pleasure to read another installment of Mira Brand and her friends. Look forward to the next.
Read more
Helpful
Sending feedback...
Thank you for your feedback.
Sorry, we failed to record your vote. Please try again
Report abuse

susan palmer
5.0 out of 5 stars Lukessia
Reviewed in the United States on 18 February 2020
Verified Purchase
Great series I'm a older woman and enjoyed this a lot I usually don't read this kind of stories but fell into it and really enjoyed it hooked me right into it.
Read more
Helpful
Sending feedback...
Thank you for your feedback.
Sorry, we failed to record your vote. Please try again
Report abuse

Joseph Boxer
5.0 out of 5 stars Greatest Ending Ever
Reviewed in the United States on 6 May 2019
Verified Purchase
Action, adventure, triumph! The final Mira Brand Adventure has all of this and more. A nonstop action packed litereary thrill ride from page 1! Robert J. Crane has truly out done himself with this series!
Read more
Helpful
Sending feedback...
Thank you for your feedback.
Sorry, we failed to record your vote. Please try again
Report abuse
Load more international reviews