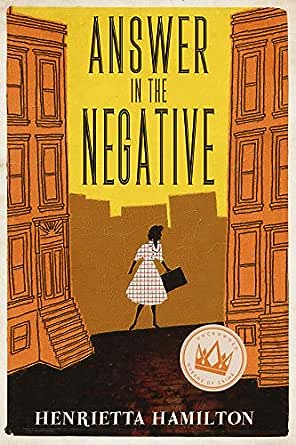 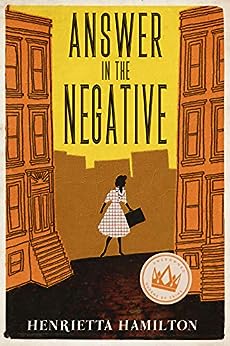 Answer in the Negative Kindle Edition

Jillian Dellit
4.0 out of 5 stars Engaging and well-paced
Reviewed in Australia on 20 February 2020
Another worthwhile title from Agora Books, this time reproduced from the 1950s. Set in a Fleet Street archive, it provides an engaging insight into a pre-digital publishing and research world, dependent on both visual and oral recall. The focus is on detection, in this case, private detection by married couple Sally and Johnie. The police investigation progresses competently in the background and is accorded due respect by the author and our private sleuths.

We are given enough information about Sally and Johnie to want them to succeed and to empathise with their dilemmas. I didn’t develop the same sense of the other players, who we see largely through the eyes of Sally and Johnie. This was a bit of a limitation - they came and went a bit like minor players in a stage melodrama. Sally and Johnie are also sufficiently Middle Class to employ a nanny who keeps their children safely occupied and invisible for all but an hour or two a day. Sally appears to do all the cooking and there is presumably an invisible cleaner.

The plot was engaging and well-paced. The details of time and place could have been more succinctly presented, but I enjoyed following the logic and fact-checking. The husband-wife partnership is an interesting emerging perspective by the 1950s and, although there are inevitable attitudes of protection displayed, the partnership is more equal than most and the writing stands the test of time.

Thanks to NetGalley for the Review copy. I’ll look out for more in this series.
Read more
Helpful
Comment Report abuse

CJ O'Connor
3.0 out of 5 stars A lovely read and blast from the past
Reviewed in Australia on 10 March 2020
Originally published in 1959, this little mystery has recently been re-published by Agora Books. The protagonist couple, Johnny and Sally Heldar, own a bookshop - my interest, obviously - and in their spare time, solve murders. As one does.

Unless I am much mistaken, this is actually not the first in the series, which at this point is I think just something I do/happens to me. I can't actually be certain, because Goodreads has nothing for me here, but there are references to previous crime-solving in the book which lead me to believe this adventure may occur after the characters have been established in previous arcs.

Regardless: this was a cool story. Now, it was written in a different time, by someone who had been born and grown up in an even earlier time so the writing style is quite different to modern cozy mysteries. I actually enjoyed this - there is a certain je ne sais quoi to the amazing courtesy of earlier-generation writers that Ms. Hamilton exemplifies. I found this easy to read, and with an interesting plot to boot! There are stage plays, there are Press Archives, there are love triangles (mostly polite ones, these characters are British after all), there's a bit of everything and because it's a British setting it is all remarkably polite. I didn't guess the murderer until toward the end, either, which is a point for the book and the writer.

This was a lovely read, and worth the time investment on your part if you do enjoy cozy mysteries!
Read more
Helpful
Comment Report abuse

Romana
5.0 out of 5 stars Enjoyable and realistic golden age mystery
Reviewed in Australia on 21 February 2020
I really enjoyed this book. It was set after the Second World War. England was changing but it still seemed a simpler place. The detective characters are realistic and not unreasonably brilliant. The police aren’t made to look stupid in order to make the amateur detective seem intelligent. The evidence and clues accumulate over time as people are questioned and then followed up, so that by the time of the reveal there has been real jeopardy as friends of the detectives are suspects and have to be treated as such. There is also a lot of charm in the characters and the telling. Looking forward to the next one to be re-released from this author.
Read more
Helpful
Comment Report abuse
See all reviews from Australia

Mr. A.J. PENDLEBURY
3.0 out of 5 stars Am I the only reviewer who has paid for his copy ?
Reviewed in the United Kingdom on 1 March 2020
Verified Purchase
A mildly interesting 1959 reissue . The synopsis makes it sound a little more exciting . My biggest gripe is the amount of space wasted by descriptions of ALL meal times . It is as if the author is trying to outdo the meals eaten by both Inspectors Meredith and French ( both famous trenchermen) .

I also found the somewhat artificial " nanny" atmosphere a bit cloying and not really very 1959.; 1939 perhaps. A pity because there was some good detection and some fascinating detail about newspaper archives . At this price I am not sure that this reader will be buying any more however.
Read more
Helpful
Sending feedback...
Thank you for your feedback.
Sorry, we failed to record your vote. Please try again
Report abuse

S. Palmer
4.0 out of 5 stars Well written mystery with an interesting setting
Reviewed in the United Kingdom on 20 February 2020
A nice cross between a classic whodunnit and a Paul Temple mystery, with husband and wife sleuths Johnny and Sally Heldar investigating a series of poison pen letters at a photo library and the effect this has on their personal relationship and their domestic life. I found the setting fascinating, wih the descriptions of how the negatives and pictures at a busy newspaper library were used, and the characterisation was very memorable. I hadn't read anything else by Henrietta Hamilton before but I will now seek them out.
Read more
Helpful
Sending feedback...
Thank you for your feedback.
Sorry, we failed to record your vote. Please try again
Report abuse