Delivery Rates and Return policy
Flip to back Flip to front
Listen Playing... Paused   You're listening to a sample of the Audible audio edition.
Learn more
See all 3 images 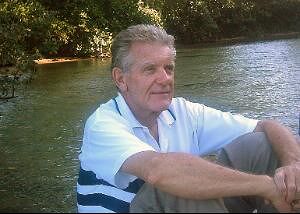 Dr Geoff Waugh has taught on the history of revivals at Trinity Theological College and Christian Heritage College in Brisbane, Australia, and on short term missions in many countries.
Tell the Publisher!
I’d like to read this book on Kindle

Jason
4.0 out of 5 stars Revivals and Transformation by the power of Jesus Christ
Reviewed in the United Kingdom on 13 December 2018
Verified Purchase
Anointed for Revival: Histories of Revival Pioneers edited by Geoff Waugh, 2011 is a 146-page paperback. Chapter one begins with a compendium of revivals from the editor’s book Flashpoints of Revival with an emphasis on the 20th-21st centuries. The rest of the book is written by work done from staff and students of the School of Ministries of Christian Heritage College from 1995. These mini-biographies include: Jesus Christ, Smith Wigglesworth, John G. Lake, Aimee Semple McPherson, T. L. Osborn and Yongghi Cho, and some are written better than others and most cite no sources.

Then there are a number of chapters written by three different people about a man who founded a Christian Outreach Centre in Australia and its ministry with a lot of overlapping. Chapter 10 is about community transformations, sometimes leading to revival, based on 2 Chronicles 7:14 where Healing the Land (HTL) teams would go to a place, often where the people know they are under a curse or where crime is rampant or where the land yields little. They teach the Christians about sins of the forefather and generational curses, repent, deal with it and ask Jesus to rule with outstanding results in areas or islands of countries like Guatemala, Fiji, Papua New Guinea and Vanuatu. More than 30 pages at the end are given over to the editor’s other books.
Read more
Report abuse
See all reviews
Back to top
Get to Know Us
Make Money with Us
Let Us Help You
And don't forget:
© 1996-2021, Amazon.com, Inc. or its affiliates