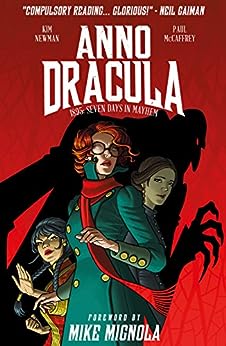 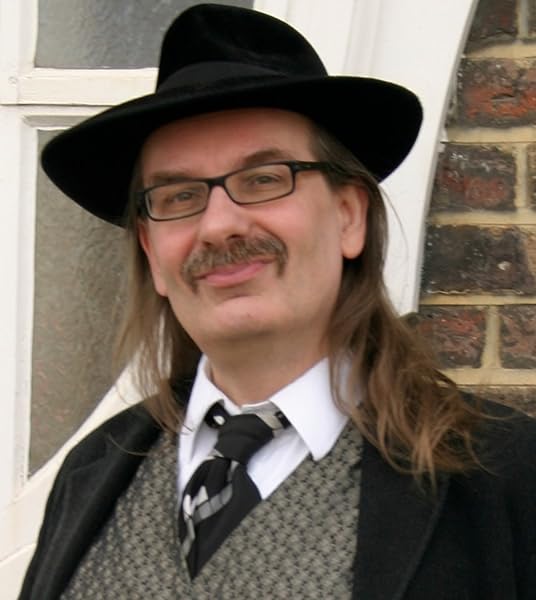 Compulsory reading... glorious - Neil Gaiman "It's brilliantly done, smart as hell, but also, most importantly, it's FUN." - Mike Mignola (Hellboy) The story is action packed, full of conspiracy and betrayals. - Scream Magazine The whole thing is so cinematic. - Mark Kermode Anno Dracula is a real treat - SciFi Pulse A worthy addition to Kim Newman's canon of fantastic, beguiling, and terrifying alternate history. - We Are Cult Definitely worth checking out - Major Spoilers Exceptional - Comics For Sinners Exactly what I wanted as a die-hard fan of the novels. - Comics Alliance Newman's style is refreshingly literate...Anno Dracula is a book that looks as good as it reads. Rock Shock Pop An intriguing premise! - Horror Talk Wildly imaginative! - Diabolique Magazine The period setting and the mixed society of vampires, humans, and other fantastic beings set a rich backdrop, and the art compliments the storytelling perfectly. These aspects ooze gothic, steampunk atmosphere. It looks and feels like you're reading a Hammer film. The story is action packed, full of conspiracy and betrayals...This graphic novel is a blast - very enjoyable. -- Scream Magazine --This text refers to the paperback edition.

A journalist, film critic, and fiction writer. Newman's first two books were Ghastly Beyond Belief: The Science Fiction and Fantasy Book of Quotations (1985), co-written with Neil Gaiman, and Nightmare Movies: A critical history of the horror film, 1968-88 (1988). Newman and Stephen Jones jointly edited Horror: 100 Best Books, the 1988 horror volume in Xanadu's 100 Best series, and also Horror: Another 100 Best Books, a 2005 sequel from Carroll & Graf. Both books comprise 100 essays by 100 horror writers about 100 horror books and both won the annual Bram Stoker Award for Best Non-Fiction. Newman acts as one of several contributing editors to the UK film magazine Empire, as well as writing the monthly segment, Kim Newman's Video Dungeon. His first stage play scheduled to open in 2017. --This text refers to the paperback edition.

4.1 out of 5 stars
4.1 out of 5
31 global ratings
How are ratings calculated?
To calculate the overall star rating and percentage breakdown by star, we don’t use a simple average. Instead, our system considers things like how recent a review is and if the reviewer bought the item on Amazon. It also analyses reviews to verify trustworthiness.

Mr X
4.0 out of 5 stars sumptuous
Reviewed in the United Kingdom on 19 November 2018
Verified Purchase
This was a speculative buy based on having read the books over a decade ago, and I was not disappointed. In fact I'd have to say the artwork was sumptuous . The story was okay, but there are a few problems. First this release seems'out of the blue' - like it's a part 2 - without a part 1. The other (main) thing missing from the books are the major historical or fictional characters embedded as characters. I detected a couple but they weren't as easy to spot or as clear to identify.
That said I will definitely get any subsequent releases I can as this one looks to be a 'grower'. Kind of reminds me of the PC Blake stories. (the artwork is similar too.)

jcmacc
5.0 out of 5 stars Excellent chapter of the Anno Dracula series
Reviewed in the United Kingdom on 28 February 2021
Verified Purchase
This graphic novel is a collection of the 5 issues in the Anno Dracula 1895 series and is an interesting new chapter in the larger overall story. While not 100% essential, it probably helps to have read Newman's novels to get the most from the story. Paul McCaffery's illustrations are strong and clear throughout, full of detail while being clear enough to follow the action and distinguish each of the many characters.
Read more
One person found this helpful
Report abuse

Sarbiaows
3.0 out of 5 stars Fine addition to the Anno Dracula series
Reviewed in the United Kingdom on 19 December 2018
Verified Purchase
Entertaining story, marred slightly by the density of textual story-telling in the speech bubbles, which suggests this might have read more smoothly as a novella. Still, nice, crisp artwork, plus it's always interesting to see how book characters are brought to life to compare against their drawing in the mind's eye.
Read more
Report abuse

Stephen Batchelor
4.0 out of 5 stars Worthy of the Anno-verse
Reviewed in the United States on 18 August 2018
Verified Purchase
I didn’t know what to expect when I picked this up (I spied it while buying the Anno Dracula novel) and wasn’t able to put it down until it was finished.
Kim Newman skilfully expands the Anno Dracula universe in ways the novels haven’t and the art work is outstanding.
Highly recommend for any fans of the book series or just good comics in general.
Read more
One person found this helpful
Report abuse
See all reviews
Back to top
Get to Know Us
Make Money with Us
Let Us Help You
And don't forget:
© 1996-2021, Amazon.com, Inc. or its affiliates