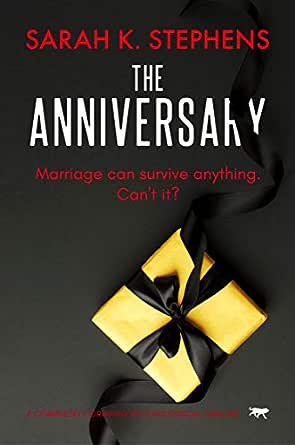 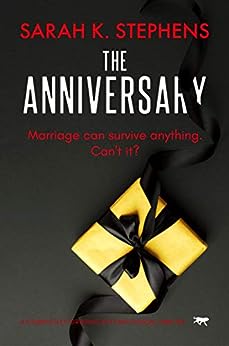 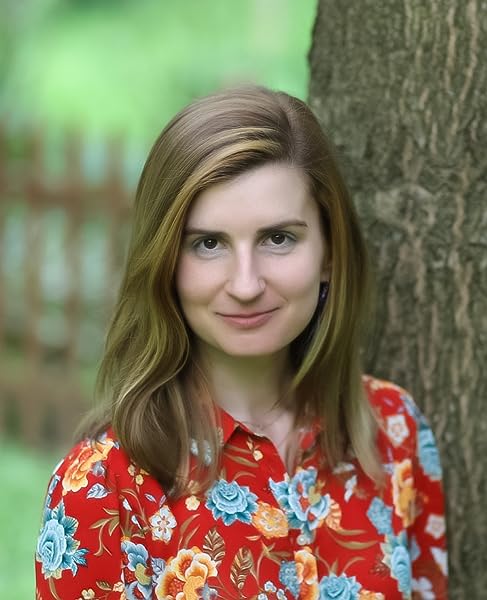 Until death do they part…

Mary and Jackson are spending their one-year wedding anniversary in a remote luxury cabin. They married after a whirlwind romance, and soon after the wedding, Jackson left for a nine-month work placement halfway across the globe.

Now that Jackson’s back, Mary is determined to make her marriage a success. The trip has a promising start, but things begin to unravel when Mary reveals to Jackson the truth about her past and the secret that drove her family apart.

When a hike results in Mary almost falling to her death, suspicions she has about her new husband rise to the surface. Surrounded by forest for miles, and without reliable phone reception, Mary realizes she is totally isolated with a man she barely knows.

The days of their delayed honeymoon tick by and Jackson’s devotion transforms before Mary’s eyes into something more sinister. As her own mental state deteriorates under the pressure, Mary is left with only one question:

Can she save herself before her husband loves her to death?

Sarah K. Stephens is also the author of the unmissable psychological thriller It Was Always You. The Anniversary is a gripping and twisty read which will appeal to fans of domestic noir, as well as readers of authors like K.L. Slater, Samantha Hayes and Natalie Barelli.

Marnie Harrison
TOP 50 REVIEWER
4.0 out of 5 stars A Twisty Psychological Thriller
Reviewed in Australia on 11 March 2020
Format: Kindle Edition
Sarah has created a story straight out of my worst nightmare! A twisty psychological thriller that had me reading well into the night and on more than one occasion had my heart racing and my anxiety levels going through the roof! Think Wolf Creek (An Australian Horror movie) meets one of Australian most notorious serial killers Ivan Milat (The backpacker murderer). I know right…Terrifying!

The story follows the main protagonists, Mary and Jackson as they celebrate their one year wedding anniversary in a remote luxury cabin. Having married after only knowing each other for a few weeks, Jackson is sent to Australia for a 9-month work placement, where their communication over this period is pretty much non-existent. Not only is this trip to celebrate their anniversary, but it is also meant for them to really get to know each other. Mary starts having doubts about Jackson though when he starts to act strangely after she tells him about her past, which then has her questioning who Jackson really is and if her life is in danger.

Told solely from Mary’s point of view, I was concerned at first how I was going to enjoy this. I do prefer more than one character narrating a story, but Mary is a strong character that has been well developed and written, which makes her able to carry the story on her shoulders well. Jackson is a very intriguing character and I liked how I was kept second-guessing his motives and intentions throughout. The supporting characters, Dani (Mary’s best friend), Mary’s mother and park ranger Mike are small roles, but they are all significant and integral to the story.

This is the first book that I have read from Sarah. Although it is a slow burn to start with, when it kicks in, it does so in spectacular fashion! Nothing is what it seems and the most obvious choice for the outcome isn’t so obvious after all, as Sarah delivers twist after twist that concludes in a very satisfying ending that I did not see coming at all!

The Anniversary is a crazy thrilling read that just reinforces why I do not like going on holidays in remote places. Give me crowds, busy hotels and round the clock phone reception any day! It was a pleasure to read and review The Anniversary which I recommend.

Thank you to Heather Fitt from Bloodhound Books for inviting me to be part of the publication day celebrations and for providing me with a free copy of The Anniversary ebook which I have reviewed honestly and voluntarily.

tracey matthews
2.0 out of 5 stars weak plot
Reviewed in the United Kingdom on 31 March 2020
Format: Kindle EditionVerified Purchase
what can I say, didn't like the dialogue at all, and if I counted how many times she said "my husband" throughout the book it would have gone into the 100's! Nearly gave up halfway through but stuck with it hoping it would redeem itself, alas it didn't ..the ending ??? what can I say , rubbish
Read more
One person found this helpful
Helpful
Sending feedback...
Thank you for your feedback.
Sorry, we failed to record your vote. Please try again
Report abuse

Helen Lancaster (Kindle Customer)
3.0 out of 5 stars But boring
Reviewed in the United Kingdom on 20 March 2020
Format: Kindle EditionVerified Purchase
Have to admit I found this book a bit boring and I skipped through the pages to get to the end. The dialogue between the husband and wife was like a Mills and Boon especially since we know he would be her hero at the end.
Read more
Helpful
Sending feedback...
Thank you for your feedback.
Sorry, we failed to record your vote. Please try again
Report abuse

DIANE PATTERSON
2.0 out of 5 stars A HOT MESS
Reviewed in the United States on 18 March 2020
Verified Purchase
Mary & Jackson are on their honeymoon. Jackson has chosen a remote cabin in the Pocono Mountains of PA. The past nine months, he's been in Australia on business. (He was setting up a satellite office in Sydney for a financial firm.)

They only knew each other for three weeks, before they got married. They barely know each other. They've spent the beginning of their marriage continents apart.

Mary is alone in a secluded refuge in the woods with a perfect stranger & no reliable way to call for help. Cell phone reception is non-existent.

There's SO much they don't know about each other. And, even though Mary wants her marriage to work, there are certain things she's not planning to tell her husband.

Strange occurrences begin, as soon as they arrive at the cabin. Mary is afraid to be alone with Jackson. She believes he wants to hurt her. Is he her captor or her protector???
Read more
3 people found this helpful
Helpful
Sending feedback...
Thank you for your feedback.
Sorry, we failed to record your vote. Please try again
Report abuse

Bootsy
5.0 out of 5 stars Excellent Book
Reviewed in the United States on 25 March 2020
Format: Kindle EditionVerified Purchase
This story held me spellbound from start to finish! It is loaded with suspense and had great characters in Mary and Jackson. I highly recommend this book !!!!
Read more
One person found this helpful
Helpful
Sending feedback...
Thank you for your feedback.
Sorry, we failed to record your vote. Please try again
Report abuse

Josie
5.0 out of 5 stars Goosebumps for Sure!!
Reviewed in the United States on 5 April 2020
Format: Kindle EditionVerified Purchase
This is the first book I have read by this author and I plan to read them all. Just when you think you have it figured out, another curveball is thrown your way. The ending was a complete shock at first, but then made sense once you are able to sit and digest the whole story. Get a copy and read it now!
Read more
Helpful
Sending feedback...
Thank you for your feedback.
Sorry, we failed to record your vote. Please try again
Report abuse
Load more international reviews

Kindle Customer
4.0 out of 5 stars Very good!
Reviewed in the United States on 23 March 2020
Format: Kindle EditionVerified Purchase
Twists and turns. Flips and flops. Throw in a couple of WTFs and you have a pretty good read! Read it!
Read more
One person found this helpful
Helpful
Sending feedback...
Thank you for your feedback.
Sorry, we failed to record your vote. Please try again
Report abuse

helen hamilton
5.0 out of 5 stars The anniversary
Reviewed in the United States on 27 March 2020
Format: Kindle EditionVerified Purchase
A young women meets a man that she marries . That man and his other friends try to get an inherits from her. This book goes on and involves other people and more motives about the money. It has a surprise ending you will not guess until the end.
Read more
Helpful
Sending feedback...
Thank you for your feedback.
Sorry, we failed to record your vote. Please try again
Report abuse

J D
4.0 out of 5 stars Things are not as they seem.
Reviewed in the United States on 31 March 2020
Format: Kindle EditionVerified Purchase
In the beginning of the book I wasn't sure I'd like it and some parts were slow at times. But that being said I did like the book and there were things that I didn't see coming that surprised me. I was as confused as the gal in the book and thats a good thing as the ending totally took me by surprise.
Read more
Helpful
Sending feedback...
Thank you for your feedback.
Sorry, we failed to record your vote. Please try again
Report abuse

SherryJ
3.0 out of 5 stars Very sloooow
Reviewed in the United States on 30 March 2020
Format: Kindle EditionVerified Purchase
The main character in this book is very needy and it's no wonder she gets caught up in this unrealistic.scenario. Not worth the time spent reading but after I paid for it I wasnt going to waste my 99 cents.
Read more
Helpful
Sending feedback...
Thank you for your feedback.
Sorry, we failed to record your vote. Please try again
Report abuse

JANE HARGUS
5.0 out of 5 stars Great read
Reviewed in the United States on 21 March 2020
Format: Kindle EditionVerified Purchase
Just when you think you have things figured out,, there is another twist. I couldn't put it down. I would definitely recommend this book.
Read more
Helpful
Sending feedback...
Thank you for your feedback.
Sorry, we failed to record your vote. Please try again
Report abuse