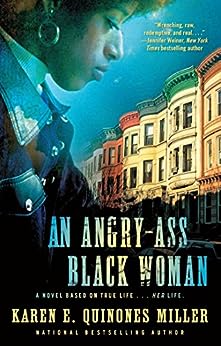 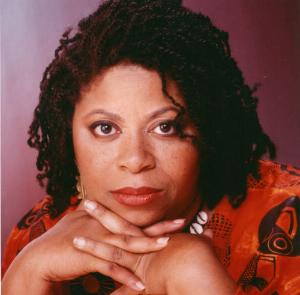 Anyone searching for a primer on street lit should read Miller's (Satin Doll; Passin') latest. Ringing loud and clear, Ke-Ke's voice expounds on racism, crime, drug use, poverty, spousal abuse, and pedophiles preying on young black girls. This is exactly what street lit is all about. Buy more copies than you think you need.-- "Library Journal (starred review), Library Journal Best Book of 2012: Street Lit" --This text refers to the paperback edition.

Karen E. Quinones Miller is the Essence bestselling author of Satin Doll, I'm Telling, Using What You Got, and Uptown Dreams. She has been nominated for the NAACP Literary Award. In addition, she is a literary consultant, CEO of Oshun Publishing Company, and a former literary agent. She lives in Philadelphia with her daughter, Camille. --This text refers to the paperback edition.

4.4 out of 5 stars
4.4 out of 5
57 global ratings
How are ratings calculated?
To calculate the overall star rating and percentage breakdown by star, we don’t use a simple average. Instead, our system considers things like how recent a review is and if the reviewer bought the item on Amazon. It also analyses reviews to verify trustworthiness.

Angelia Vernon Menchan
5.0 out of 5 stars Angry.......YES
Reviewed in the United States on 6 October 2012
Verified Purchase
Angry Ass Black Woman by Karen Quinones Miller is one of the realest, rawest, semiautobiographies I have read in a long time. KeKe is the most entertaining, charming narrator. She takes you to her home on 117th street in Harlem and says, "Come the hell in, we are not The Cleavers or The Cosbys, we are The Quinones and this is what it is. She speaks on the everyday violence of her community but showers it with love. Ke Ke tells us about the mental illnes of her father, but makes us feel how loving and kind he is. And we can literally see how hard her mother works and either the disentegration of her family or the reasons they stay whole.

While reading this book, I felt the characters and I knew them. Though she grew up in Harlem and I in Central Florida, there were so many common elements and threads. There were moments when reading that I had to stop and tell people about it and order a copy to send to my sister.

Everyone should read this urban classic in the same way they read Manchild in The Promised Land by Claude Brown and Native Son by Richard Wright.
Angry Ass Black Woman is a winner and I hope the screenplay is being written as I type.

I've taken the liberty to know Ms. Miller through online writing groups and discussions but nothing further. Admittedly, I had no idea she was a bestselling and award-winning author until we've spoke on a few occasions. The first thing I've wondered was how did she have the time to reach out to aspiring authors? I know that sounds cynical. Yet on the contrary, it spoke on Ms. Miller's character in volumes.

As for her book I'm writing this review as an objective reader. A reader who just experienced a book that was so provocative and honest, I had to take a breath after reading the final page. There were moments I laughed; moments I fought back tears; moments I felt anger, and moments I cheered. However, there was moment in the book that it mirrored so close with my past I had to put book the down and sob, and it wasn't out of pity for Ms. Miller but I, too, felt the Angry Black Woman wanting to come out.

Also, the way Ms. Miller told her story was simply amazing. She painted a vivid picture from her upbringing in Harlem to her life in Mississippi, and to discovering her new career in Philadelphia. More importantly, she embodied the meaning of family. The Quinones fiercely loved hard as well as protecting those whom they loved, especially in chapter eight (and that's all I will say).

Giving An Angry Black Woman five stars is a disservice to the well thought-out, beautifully written, and real-as-it-gets novel. She exemplified her storytelling as if she was reciting it in person. Her tone and voice was superbly real. There was no holding back.

Catherine DePino
5.0 out of 5 stars A Rare and Beautifully-Told Story by a Survivor
Reviewed in the United States on 15 July 2017
Verified Purchase
An Angry-Ass Black Woman is a classic. I'd put it on the shelf next to classics such as Black Boy, Invisible Man, and Their Eyes Were Watching God. This book tells the coming-of-age story of a young woman and the obstacles she faces and overcomes in achieving her dream. This fictitious memoir chronicles the life and times of Karen Quinones Miller, who honestly and graphically describes what it was like to grow up in Harlem. When her mom beat her brother, I cried. When Karen bonded with her newborn daughter, I rejoiced. The characters drew me in to their sad, happy, and tragic stories, and I did not want to see the book end. This book is a testimony to a survivor, a winner, and a brilliant writer. Read this book, and it will imprint its mark upon your soul, never to be forgotten.
Read more
Report abuse

Allie J.
5.0 out of 5 stars Excellent Coming of Age Tale
Reviewed in the United States on 12 September 2013
Verified Purchase
This coming of age tale by Karen E. Quinones Miller begins in Harlem during the sixties. The writer introduces us to a colorful cast of characters who are all quite memorable. I'm still wondering if her loveable but crazy father, Joe actually wrote a bestselling novel. I tend to think that he did. Miller skillfully switches back and forth in the narrative. At times, she speaks from her hospital bed where she lies comatose after enduring brain surgery. Other times, she guides the reader through her childhood in Harlem, using the voice of young Ke Ke (pronounced Kay-Kay) which is her nickname. Midpoint, after a personal tragedy, she begins to speak from the voice of "An Angry-Ass Black Woman.

Her story is one of hardship in her early life, an abusive husband, single parenthood and ultimately she becomes a self-actualized woman who redefines herself when a racist comment at her place of employment (The Philadelphia Daily News)propels her to write a lengthy editorial piece for the newspaper. Although she isn't offered a job as a journalist, she becomes inspired to leave her secretarial position to go to college full time, majoring in journalism.

Miller's tale is filled with humorous situations, such as a gang of little kids robbing the landlord so that they can help their mother pay the rent. There's also an inappropriate toast made by her "street-hustler" twin sister that I thought was quite funny. I liked the raunchy little toast so much that I may use it myself one day. You'll have to read the book to find out what I'm talking about.

Though the Quinones children lost both parents at an early age, the running theme throughout the book is family love, family loyalty, and family acceptance no matter what path each sibling chose to travel. An Angry-Ass Black Woman is filled with comical situation but there are heart wrenching momentz that will require having tissues nearby.

Karen E. Quinones Miller is a true survivor who learned to replace anger with joy. Any person who feels that life has become too much to bear should read this book for inspiration. Kudos to the author.
Read more
Report abuse

Mykidsjamice
5.0 out of 5 stars Am An Angry-Ass Black WOMAN TOO
Reviewed in the United States on 4 December 2012
Verified Purchase
I love this book. I read it within a week and half only because i have too small children. I felt Karen Miller's autobio was mines. I have been through some the things she has; especially the marriage situations and dealing with others refusing to accept black people are here today and we aren't going anywhere. I recommend this book for many women and men. To be honest, everyone needs to read this book . WOW!!! IT's so enlighten. Even though, I heard it before it hit home for me because it encouraged me to continue to quest to succeed in America no matter what mountains or dramas are in my way. GET this book ! I LOve this book. I ordered some more of here books.....
Read more
One person found this helpful
Report abuse
See all reviews
Back to top
© 1996-2021, Amazon.com, Inc. or its affiliates