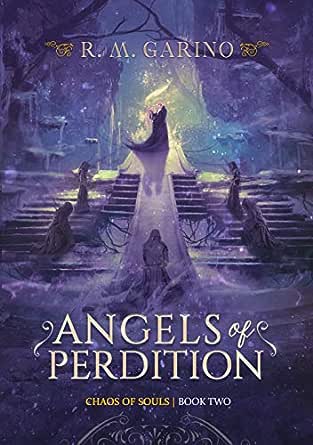 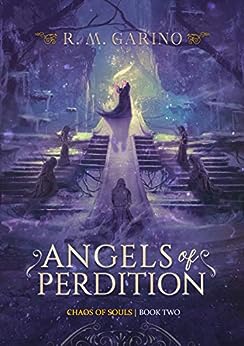 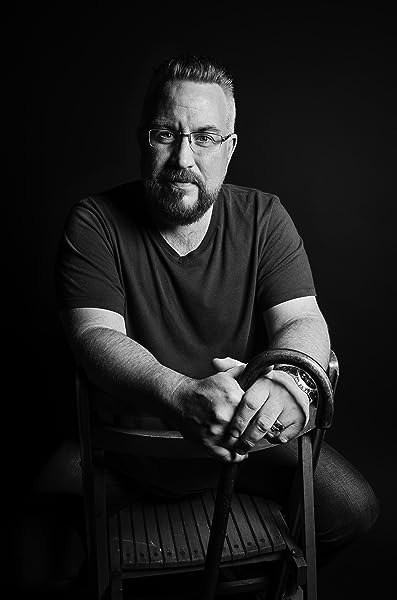 Wanda Fischer
5.0 out of 5 stars Well written complex fantasy
Reviewed in the United States on 24 March 2020
Verified Purchase
This is the second book in R. M. Garino's Chaos of Souls series. I read the first one several weeks ago, and I'm glad I kept the notes I wrote back then, because many of the same characters are in this book as well. It's important for anyone who reads this book, as well as the first one, to understand the different types of characters, as well as the hierarchy within the world this author has created, in order to get the gist of how each character interacts, and how that interaction will play out through the clues the author drops here and there throughout the story.

The novel explores the continuing saga of Arielle and Angus as they embark on their married life following a grueling battleground with members of their group (called a Pride) to earn their place in the world. Arielle had been pledged to marry Logan, another warrior, but she and Angus had been soul mates when they were younger, then separated. They reunited when they came back to the place known as the Gates as they went for their training (this happened in the first book), and their unity became apparent. Logan was off being a warrior; his sister, Gwen, watched during her training while Arielle and Angus recognized that they belonged together.

Just when everything looks as if it's calming down, when they're going to get married and have their wedding feast, everything goes a bit haywire. All sorts of different characters emerge as Angus and Arielle combine their souls into one. They confront all sorts of obstacles and gauntlets thrown their way. Nothing's ever easy for this pair.

I am so impressed with the author's imaginative way of creating the world for this (and the first) novel. The attention to detail is impeccable and leaves nothing out. The writing is thick and surprising, with something new happening in every chapter.

The novel brings many characters to face evil doers who use deceit and cruelty to achieve their goals. The author has expertly crafted this world that I would never want to have lived in. It's complex and cruel. The hierarchy and expectations of the ruling class, as well as those with powers of telepathy and magic, are unpredictable and often involve deceit. The way the author weaves this story together works well, however, and I would recommend this book to people who enjoy dystopian and other-worldly-type books.

My only suggestion is that I think the glossary explaining some of the author's terminology should come at the beginning of the novel rather than the end. I discovered that when reading the first novel, and, therefore, was able to follow the second one more easily. This author is exceptionally talented in conceptualizing and bringing together a series of novels that are complex and interesting.

Although I never though I would read this genre, I am now looking forward to reading the next novel in this series.

Book Squirrel
4.0 out of 5 stars Epic fantasy adventure.
Reviewed in the United States on 26 March 2020
Verified Purchase
It is during times of significant trial that one experiences growth and development far beyond that achieved by luxury or effort.

Themes of endurance and resilience and the survival of the fittest are  explored in depth in this sequel to ‘Gates of Golorath’. ‘Angels of Perdition’ is a saga focused on Arielle and Angus, characters from the previous book who begin a new phase of their lives in this next instalment in the series. The cast of characters and the incredibly complex world established in the first book are continued in the second, but because they are already familiar to the reader, it feels as much like a reunion as it does a continuation. The banter and interactions between various characters are highly engaging and draws the reader deeper into the story as the action and drama build.

The story is really well told and  expertly paced. The writing is infused with energy and rich imagery that really makes the scenes and characters come to life in the reader’s mind. The action scenes are well developed with excellent attention to detail.

R3
5.0 out of 5 stars Angels of Perdition
Reviewed in the United States on 16 May 2019
Verified Purchase
So much pain and emotions in this story. The pain goes beyond what the characters get when fighting--and there are plenty of battles to keep you reading. This is emotional pain--from loss, from new understandings, and so much more. The characters have changed, grown with the trials that they've suffered. As Arielle and Angus learn, their childhoods--as well as the childhoods of the others--are gone and the seriousness of their future is at stake. You'll be heartbroken at the end when you discover what "the Elder" telling the story has been hinting at that changed Arielle. But you'll have to wait until the next book to discover exactly what this means for her.

What you'll get in this book: Lots and lots of exciting events; more in-depth understanding of the world Arielle, Angus, and their friends live in; well-written prose that immerses you in the story; and hours and hours of entertainment that will sweep you away into a world of "angels" and "demons" like one you've never experienced before.
Read more
Report abuse

Lyn G.
5.0 out of 5 stars Another excellent fantasy novel! I look forward to reading the next one
Reviewed in the United States on 2 April 2019
Verified Purchase
This book is worth so much more than the $1 I paid for it!
I read the first book about a year ago, I believe, so it's a little hard for me to compare them too closely, but Arielle and Angus act much differently together than they did in the first book, from what I do remember. The best description I have would be like an old married couple, which... I suppose makes sense with the idea of them being true souls and essentially a perfect match for each other, it just felt a little odd to me with how young they are and how little time they've actually spent together. It made me lose interest a little bit in them, but it didn't matter that much to me with everything else that was going on. Just like with the first book, this was an excellent fantasy story that kept me interested the whole time! I loved all of the new elements that Garino added to the story, with Logan and the new character his journey brought in, and the theory of everything starting over every so often until the true souls are whole again so that everyone can go "home", to name a few examples... It did a nice job of not exactly answering every question from the first book, but leading you towards an answer while also providing new questions. This world is really interesting to me and I still absolutely love it, but I have to say the ending of this one was particularly painful! I will continue to actively watch for the next book to come out so I can find out where this goes!
Read more
Report abuse

Kayla Krantz
5.0 out of 5 stars Amazing Worldbuilding
Reviewed in the United States on 13 November 2019
Verified Purchase
Suspense and chaos.

There are a lot of fights in this story, both physical and emotional as the characters that we were introduced to in book one must fight to keep their futures safe. Arielle and Angus have to really come into their own in this story, doing what they can to try and be doing despite Arielle being fated to marry another angel.

Overall, the author does a fantastic job of worldbuilding, creating characters and places that are written with flowing imagery. The characterization is especially well done with the emphasis on character flaws throughout the piece. Plenty of questions I had from book one were answered, but this story left me with a few new ones. I’ll be keeping my eye out for the next book in the series.
Read more
Report abuse
See all reviews
Get FREE delivery with Amazon Prime
Prime members enjoy FREE Delivery and exclusive access to movies, TV shows, music, Kindle e-books, Twitch Prime, and more.
> Get Started
Back to top
Get to Know Us
Make Money with Us
Let Us Help You
And don't forget:
© 1996-2020, Amazon.com, Inc. or its affiliates