Skip to main content
Angels and Men and over 1.5 million other books are available for Amazon Kindle . Learn more
Share <Embed> 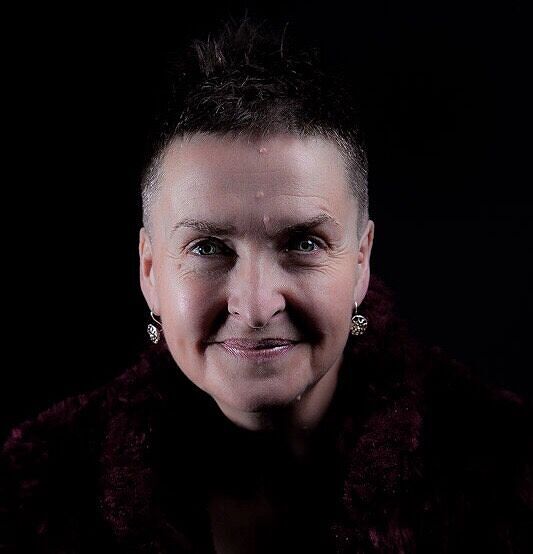 Page 1 of 1 Start overPage 1 of 1
Previous page
Next page
Start reading Angels and Men on your Kindle in under a minute.

Columbyne
5.0 out of 5 stars Glued to it!
Reviewed in the United Kingdom on 12 November 2017
Verified Purchase
I have been absolutely glued to this book! It's superbly written and entrancing in its portrayal of troubled youth. Rarely does prose 'hit the spot' so exactly when describing people's innermost thoughts. I can understand why it might not appeal to all types of reader; some of the scenes could be quite disturbing. It is a book to think about, and it certainly left me breathless in its frank portrayal of how much people's words and actions can affect others' sensitivities.

As a huge fan of Susan Howatch's 'Starbridge' series as well as authors such as Elizabeth Pewsey, I found the background both familiar and interesting. Catherine Fox knows her subject inside out - and needs to, for this book to be so easily authoritative.

Fox is a new author for me, and I am delighted to have discovered her. Would I read this book again? Most definitely!
Read more
4 people found this helpful
Report abuse

Caitlin Matthews
5.0 out of 5 stars Discovering Who We Are
Reviewed in the United Kingdom on 31 July 2017
Verified Purchase
Here Mara's damaged family background underscores her time at college, as she explores her creativity, sexuality and, most of all, her spirituality in relation to her art, fellow students, her thesis and her surroundings. This is a wonderful interior evocation and ongoing resolution of the kinds of muddled thought, dream and impression that we have as younger people, when we have not sorted out who and what we are yet. This exploration is masterfully achieved, very readable, with flawed characters who remain cheeringly human.
Read more
3 people found this helpful
Report abuse

Vannie Opall
5.0 out of 5 stars This book provided food for serious thought with a light touch.
Reviewed in the United Kingdom on 25 October 2018
Verified Purchase
This novel is set in the university where I once studied - that's why I chose it in the first place. Then I found myself caught up in the lives of the characters, they feel like real people caught up in real circumstances. Catherine Fox grapples with some complex moral and ethical issues which face young people in each generation, without pulling any punches.
I thoroughly enjoyed this novel.
Read more
2 people found this helpful
Report abuse

rhona tolchard
4.0 out of 5 stars Could the rest of the country please try to acquaint itself with North-eastern accents?
Reviewed in the United Kingdom on 14 September 2015
Verified Purchase
I was shocked that one reviewer actually asked who in the North uses the word "Ha'way" beloved of Johnny Whitaker, the rebel ordinand with the local accent. I thought people only failed to understand the Geordie accent way back in the 1950s, and that the presence of programmes like "Auf Wiedersehen Pet " and media people like Ross Noble, Sarah Millican and Ant and Dec, had made it more widely known and accepted. Clearly I was wrong, since another reviewer snootily questions the use of the word "flower" as a term of endearment. For the uninitiated, "Ha'way" means "Come on", and it can be used as a shout of encouragement, as in "Ha'way the Lads!" at a football match, which is similar to Welsh "Cymri am byth!" or "Wales forever!" Anybody who has been to Tyneside, where Johnny comes from, would also recognize the use of "flower", which is used interchangeably with "pet". Geordies are friendly people and having been left to their own devices for so long by people in the south (!), have developed a rich and idiomatic dialect, Well done to Catherine Fox for using it. Ha'way, pet!

Book was very involving and beautifully written, but about a quarter too long for me given that much of it consisted of intense conversations between Mara and another person, which became a little samey after a while. Otherwise, I enjoyed it and found it very informative.
Read more
4 people found this helpful
Report abuse

Mr Slope
5.0 out of 5 stars A Remarkable Book
Reviewed in the United Kingdom on 12 October 2016
Verified Purchase
A remarkable book, found it by accident after reading a clerical murder mystery. Angels and Men one of the best books I've read this year, "enjoyed" is probably not the right word. None of the characters are particularly nice (although May is rather cute!) least of all Mara, who would be hard work, if I knew her in real life - and yet through the kindness and humanity of the other characters both at their best and worst - we come to understand why she is the way she is - and can accept that she is entitled to bit of leeway. Although the book does not set out to preach - there are lessons we can all learn from it for our own "difficult" friends. Half of me would like to see this book as a televison drama - but the other half fears it would be ruined in the name of ratings - just as they did with Merrily Watkins.
I would certainly rate this book as a modern classic, rather than just a good read, it really does stand head and shoulders over much of today's fare. I'm off to get the next one.
Read more
2 people found this helpful
Report abuse
See all reviews
Back to top
Get to Know Us
Make Money with Us
Let Us Help You
And don't forget:
© 1996-2021, Amazon.com, Inc. or its affiliates