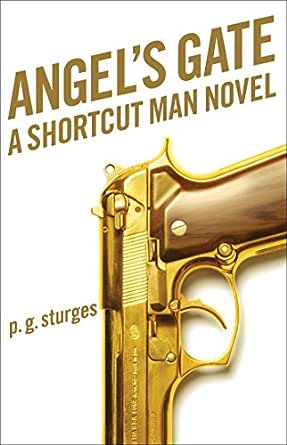 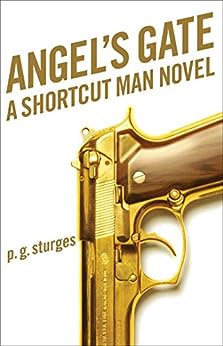 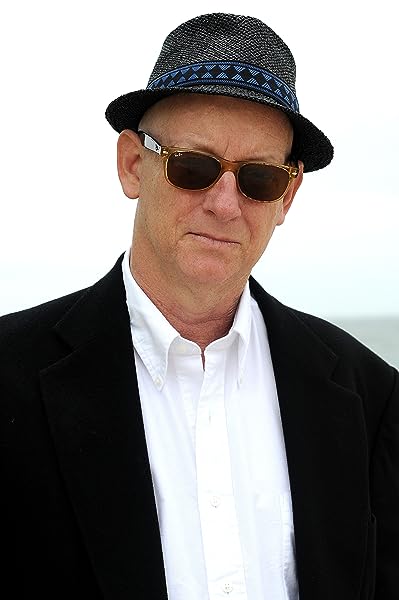 The latest novel in the acclaimed Shortcut Man series is a rousing tale of sex, sleaze, and salvation in the City of Angels that’s “filled with enough dark humor and shady characters to satisfy the most rabid noir fan” (Associated Press).

Our hero Dick Henry—aka the Shortcut Man—becomes involved in a case featuring an aging but still amorous Los Angeles movie mogul named Howard Hogue who keeps a stable of young starlets available for his highly ritualized attentions. Retained by the sister of a young woman who has gone missing, Henry becomes friendly with Connie Cielo, the “housemother” to the starlets. Despite Connie’s morally questionable responsibilities, she is willing to help (and enjoy the company of) the Shortcut Man.

After Hogue’s star director assaults one of these women in a drug-fueled romp, Henry is drawn into a deeper mystery from years past involving a mysterious death on a boat and a missing screenplay written by what appears to be a homeless man. As he peels back layer upon layer of sordid Hollywood history, Dick Henry must contend with crazed drug dealers, Hogue’s personal doctor, crooked cops, private security henchmen, and Hogue himself—who is so powerful and bunkered in his movie-biz millions that he is unfazed by the resourceful Henry.

A wry and rollicking read, Vexations of the Shortcut Man proves that p.g. sturges is “one of the cleverest and funniest new writers to grace the mystery genre in quite some time” (BookPage.com).

p.g. sturges was born in 1953 in Hollywood, California. Punctuated by fitful interludes of school, he has subsequently occupied himself as a submarine sailor, a dimensional metrologist, a Christmas tree farmer, an optical metrologist, a musician, a songwriter, an author, a playwright, and a screenwriter.
See all Product description
click to open popover

Brian Baker
4.0 out of 5 stars PG Sturges continues to entertain
8 March 2013 - Published on Amazon.com
Verified Purchase
In his own inimitable style, Sturges's latest "Shortcut Man" novel has anti-hero Dick Henry again embroiled in Hollyweird shenanigans, this time involving murder and mayhem being visited upon the "starlets" being stabled for the personal pleasure of a billionaire movie mogul who bears a more than coincidental resemblance to Howard Hughes in his movie days.

Sturges's books are a not-so-guilty pleasure. He's the son of Golden Era movie director Preston Sturges, so his bona fides as a Hollyweird "insider" are pretty much above reproach. And he uses his knowledge to full effect in his "Shortcut Man" books.

This entry's a bit more complicated and convoluted than the prior two, but every bit as much fun. Babes and guns galore; celebrity misbehavin'; Henry's sense of justice as the knight in rusty armor, doing the "right thing" even when it costs him. Ya gotta love this guy!

Get it. Enjoy.
Read more
3 people found this helpful

thedoctorisin
5.0 out of 5 stars Thank you Michael Connelly, for introducing me to p.g.sturges!
27 December 2013 - Published on Amazon.com
Verified Purchase
Had never heard of this terrific writer before MC recommended him in a recent interview. The shortcut man is smart, complex and wickedly funny in this, as in previous outings..an interesting fixer with an ex-cop background, a wide acquaintance among L.A. high and lowlifes, and a penchant for trouble. Once you meet him, you won't forget him. A stylish addition to the mystery genre..the Shortcut Man and the Lincoln Lawyer ought to partner in crime...how about it, guys?
Read more

Amazon Customer
5.0 out of 5 stars the best neo-noir crime writer out there right now
25 May 2013 - Published on Amazon.com
Verified Purchase
Wonderfully tangled plot involving the usual cast of incredibly well drawn and realistic human ciphers that the shortcut man battles. Sturges' witty and street wise protagonist is a little too much in the background compared to the previous novels this time around, but another incredibly enjoyable entry in this series.
Read more

BigGuy
5.0 out of 5 stars It Just Gets Better
16 January 2014 - Published on Amazon.com
Verified Purchase
Sort of an Elvis Cole type character, but even funnier. Good pacing & lots of action. There are three books in the Shortcut Man series (so far). Shortcut Man was the first and this is the second. It's fun to read a book and actually laugh out loud from time to time. P.G. Sturges gives good dialogue for sure.
Read more
Go to Amazon.com to see all 20 reviews 4.7 out of 5 stars
Get FREE delivery with Amazon Prime
Prime members enjoy FREE Delivery and exclusive access to movies, TV shows, music, Kindle e-books, Twitch Prime, and more.
> Get Started
Back to top
Get to Know Us
Make Money with Us
Let Us Help You
And don't forget:
© 1996-2020, Amazon.com, Inc. or its affiliates