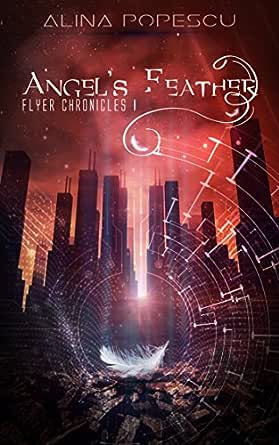 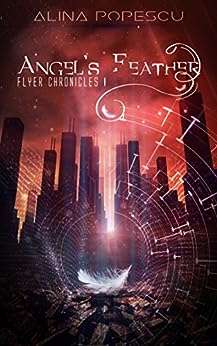 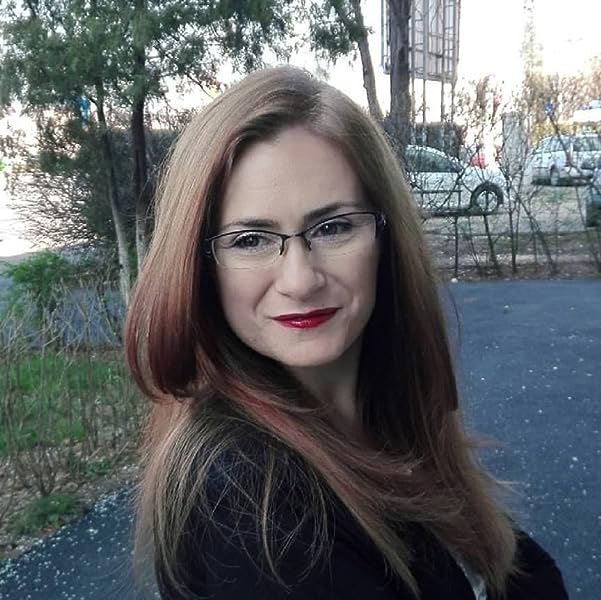 Aimee Brissay
5.0 out of 5 stars Loved it!
Reviewed in the United States on 9 May 2017
Verified Purchase
I have to admit I was familiar with the idea behind the story and I had been waiting for it for about two year. I was not disappointed. I just love the end result, so much that the Flyer Chronicles might be my new favorite series.
The post-apocalyptic world is so believable I had to go out to check my beloved city is still here, because, judging by how mankind is going, a future such as the one described in Alina's Angel's Feather is entirely possible. Here, there are no more cities or large settlements, there are only remnants of once great civilizations which humans are trying to recycle. Just like the tractor Adam is rebuilding.
Adam is in an interesting character. He can see beyond the simple realities of the day to day life and understands that rules are in place for a reason. In fact, there is just one rule: don't leave the planet, set for their own safety as much as for the safety of the entire universe, which I totally get. The breaking of this, is punished by death by the flyers enforcers, a race of aliens in the shape on men with wings, and especially by their leader, Michael.
While there are romantic elements to the story, it's not a romance per se. Adam and Michael do get together, but they do not end up together. The book is split into pre and -post Michael. The pre-Michael is sweet and full of hope, despite the destroyed world they live in, while the post-Michael one is dark and ansgty. Alina captures perfectly the switch in Adam's mind and personality when Michael leaves. His action, even his callousness toward the deaths his fellow men, is perfectly relatable.
I hope that in the next installment to see more of Michael's world, and perhaps, to find a way for the men and the flyers to live in peace and to evolve together. Wishful thinking, I know, but I love Adam and this world so much!!

DLT
5.0 out of 5 stars OMG, I loved this!
Reviewed in the United States on 24 April 2017
Verified Purchase
This is my first read by this author but it definitely won't be my last. This is so well written that I was hooked within a few pages. A lover of sci-fi, fantasy and romance, I found the premise blended all seamlessly into a riveting storyline, loving and hating it at the same time. I knew that things would not end well in the relationship but Adam was so broken, down on a cellular level, that I was bracing myself for what was to come as I was reading. I won't say more and spoil it for you but do know that this ends in a major cliff hanger. I knew that going in and I was still yelling at my kindle. I eagerly await the next installment and wholeheartedly recommend this to all.

I received a complimentary copy of this book for voluntary review consideration.
Read more
Report abuse

Becca C. Smith
5.0 out of 5 stars Great read!
Reviewed in the United States on 13 April 2018
Verified Purchase
I found out about this book through Alina's amazing YouTube channel where she talks about all things writing, and I'm so glad I did! Angel's Feather is a new and interesting take on the Dystopian genre!! I loved it! I especially love the way Alina develops the relationship between Adam and Michael. (And the cool spin on Angelology!) There were so many beautiful and haunting moments in this book and it leaves off on such a cliffhanger! I'm just happy the second book is already available!!
Read more
One person found this helpful
Report abuse

Sarah Wright
4.0 out of 5 stars A promising and imaginative author
Reviewed in the United States on 21 February 2018
Verified Purchase
I discovered this author through her excellent writing- and publishing-related YouTube channel. Her passion for her characters shows in her writing, and I enjoyed this novel's fresh take on a post-apocalyptic setting. The premise and plot were interesting as well; my reason for the four-star rating was that the book needed more rigorous editing, which detracted from the reading experience.
Read more
Report abuse

Ashley
5.0 out of 5 stars Not what I expected
Reviewed in the United States on 12 September 2018
Verified Purchase
In a good way. There was a lot of depth to Adam and he grew in many ways over the course if the book. Micheal not so much but I think his growth is going to happen in the next book and I am looking forward to reading it. I feel like its gonna be good.
Read more
One person found this helpful
Report abuse
See all reviews
Get FREE delivery with Amazon Prime
Prime members enjoy FREE Delivery and exclusive access to movies, TV shows, music, Kindle e-books, Twitch Prime, and more.
> Get Started
Back to top
Get to Know Us
Make Money with Us
Let Us Help You
And don't forget:
© 1996-2020, Amazon.com, Inc. or its affiliates