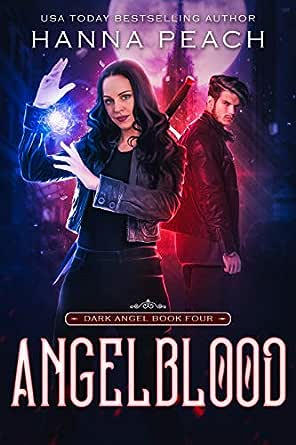 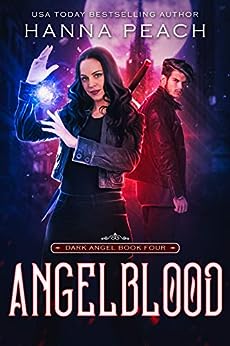 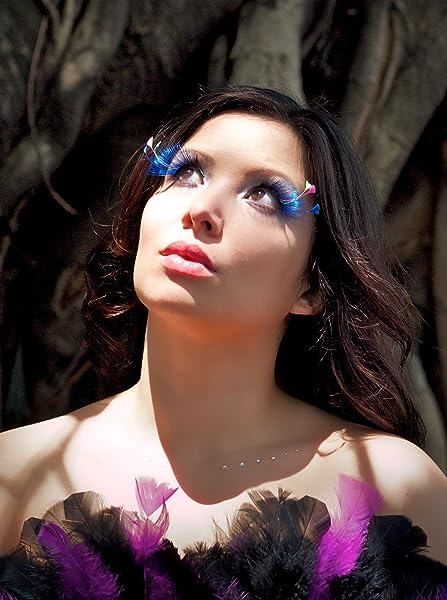 "...one of the best paranormal series I have read in years." ~ Night Owl Reviews Top Pick

Israel seems…different since he came out of his coma. His life has been saved but Alyx had to make a deal with the devil to do so. She has to hand Israel over to Lucifer unless she finds a way to defeat Samyara. But to do this Alyx will need Israel and Jordan, the two men fighting for her heart, to work together. Can they put aside their differences long enough to defeat Samyara?

This will be Alyx’s greatest battle yet.
click to open popover

Pussyfoot
5.0 out of 5 stars Five Stars
22 December 2016
Format: Kindle EditionVerified Purchase
I really loved everything about this book had trouble putting it down.
Read more
Helpful
Comment Report abuse

Amy H
5.0 out of 5 stars A must read for anyone who loves paranormal/fantasy!
10 June 2016
Format: Kindle EditionVerified Purchase
I was waiting for this one and it did not disappoint!
Read more
Helpful
Comment Report abuse

Bjsmas
5.0 out of 5 stars Unbelievable! I couldn't put it down!
16 September 2016
Format: Kindle Edition
7 days to defeat Samyara in exchange for the cure to save Israel.....

Alyx has her memories of her love for Israel returned....

Does she hate Jordan for keeping her memory loss a secret or does she now have feelings for both men????

This book has so much going on! To me, this is the beginning of the end, the series began with Samyara looking for the keye and the main part of the story ends here.

Hanna Peach has done an incredible job bringing everything together for this thrill ride of a book.

Violet Musonda Mwape
5.0 out of 5 stars Action-Packed AWESOMENESS!! :)
5 June 2014
Format: Kindle Edition
I wanna thank the author Hanna Peach for gifting me with an ARC of her book in exchange for an honest review. :)

Oh! Oh! Oh! Oh! You seriously cannot imagine how I feel until you pick up this fourth instalment. I kid you not. 1% into the book and I was already swooning. You know if you start a book off like that you won't be able to put it down or function like a normal human should until you finish it all. And that's exactly what happened when I opened this book.
My gosh Ms. Peach has done it again and again and again and ONE MORE TIME!! XD

Without giving everything away... this book was another amazing journey into the beautiful and creative world that the author had created. It seems that with each book it just keeps getting better and better. With this one, the action is fully packed with awesome character development and a plot that you will definitely not disappoint.

I did find at times my jaw-dropping and having read the first three books I thought that I wouldn't be put on the edge go my seat. Boy was I wrong. It's like you the reader are a really there with the characters in the book.
There are quite a few surprises that the readers would really enjoy and be eager to find out.

And for those who want to burn authors and their books at the stake for having "love triangles" in their plots... you clearly need to get your hands on these books to change your perspective. The author does it so well that it almost doesn't feel or look like a triangle. Besides the romance, introductions and developments of new characters was done really well. Very believable writing of the characters. They have all grown and developed really nicely that you just fall in love with them even more.

Just get this book now! :) I promise this series is the best and it's a series that definitely sticks with you, even after the last chapter (and not cause of a cliff-hanger). I'll be counting down till the fifth book is released.
Ms. Peach knows what's she's doing and how to please, entertain and make her readers fall in love her stories.
Read more
Helpful
Comment Report abuse
See all 6 customer reviews
Write a customer review

Go to Amazon.com to see all 81 reviews 4.9 out of 5 stars
Get FREE delivery with Amazon Prime
Prime members enjoy FREE Delivery and exclusive access to movies, TV shows, music, Kindle e-books, Twitch Prime, and more.
> Get Started
Back to top
Get to Know Us
Make Money with Us
Let Us Help You
And don't forget:
© 1996-2020, Amazon.com, Inc. or its affiliates