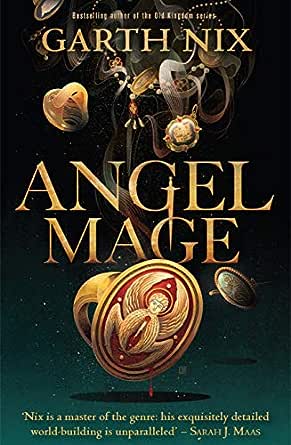 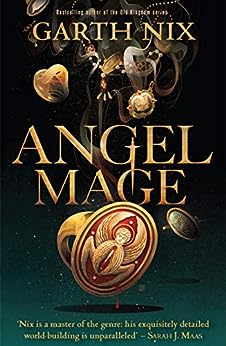 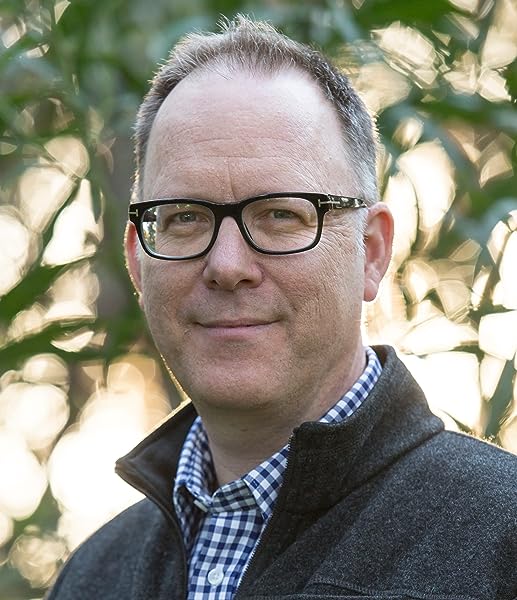 "Fans will cheer this latest volume- tightly paced with a satisfying resolution, capable and relatable female characters, plenty of action, and reappearances by beloved characters-and fervently hope for more to come."

"Goldenhand reaffirms why Nix is a master of the genre: his exquisitely detailed world-building is unparalleled, and his characters are so tremendously alive and compelling that."

Praise for the Old Kingdom series: Praise for Clariel: "Between striking characters-from the heroic if not entirely competent young Abhorsen-in-Waiting, Belatiel, to the enigmatic, catlike Mogget-and Nix's brilliantly complex magic system, this superb tale is exactly the book fans of the series have been awaiting."

"Themes of freedom and destiny underpin Clariel's harrowing, bittersweet story, and readers will delight in the telling (and in fan favorite Mogget's return)."

"Nix's tale provides a complete experience unto itself. But his focus on this strong character whose overriding passion is to go her own way provides a hugely satisfying background to the other Abhorsen books. A suspenseful prequel to the much-loved Abhorsen books, showcasing the independent Clariel."

Praise for Goldenhand: "A masterfully spun tale well worth the years long wait."

"There is no joy like returning to the Old Kingdom. Once again, Nix sets the standard for fantasy, bringing us a tale full of old friends and new enemies, gruesome monsters, and heroines of wit, will, and imagination."

"Garth Nix is one of the best worldbuilders in fantasy, and this book is merely further proof. I love the Old Kingdom series, and Goldenhand is an excellent continuation, packed with the excitement and passion of a storytelling virtuoso at the height of his abilities."--Brandon Sanderson, New York Times bestselling author of the Mistborn trilogy, Warbreaker, The Alloy of Law, The Way of Kings, Rithmatist, and Steelheart.

"Clariel is a deeply sympathetic character faced with complicated choices, the consequences of which are frighteningly uncertain as she is pulled between the wild Free Magic and the disciplined Charter."--School Library Journal (starred review)

Kindle Cat
4.0 out of 5 stars Angels, musketeers and beast kings oh my!
10 November 2019
Format: Kindle EditionVerified Purchase
I enjoyed the book. It was interesting but it did not grip me and force me to read until the last 15% hence only 4 stars. I wanted to read it but I could pick up and put down again.
An interesting look at the world of the three musketeers but changed into an alternate world version.
Read more
Helpful
Comment Report abuse

Don Bloomfield
5.0 out of 5 stars Musketeers forever!
4 October 2019
Format: Kindle EditionVerified Purchase
Great rollicking story, lots of great detail in an amazing city setting with complex interconnecting factions and many a force working their own ends.
Loved it, and really enjoyed a nice standalone story from one of my favourite authors!
Read more
Helpful
Comment Report abuse

Addicted To Ideas
5.0 out of 5 stars Intriguing use of history with a new take on angels
20 November 2019
Format: Kindle Edition
The use of the seventeenth century and familiar names (such as one famous musketeer) gave me the feeling that I sort of knew some of the characters already, even though their genders had been changed. I appreciated the more female-centric portrayal of history, and found the addition of the new paradigm for angelic beings and realms quite interesting. It kept my attention and I read it fairly quickly.
Read more
Helpful
Comment Report abuse

Sarah Ross
4.0 out of 5 stars If you like Garth Nix, read on
5 November 2019
Format: Kindle Edition
I love the Old Kingdom series and pretty much anything that Garth Nix has written. This did not disappoint in that the fantasy world was well realised, the characters were interesting and able to identify with, the plot sounded suitably mysterious and complex and promising ... But somehow I was left wanting. The problem for me is the pace. The setting-the-scene was not bad but just lengthy and the action only really happened quite late. The author has intimated that this is a standalone book but I hope it isn't as the main characters need more adventures - a trilogy at least!
Read more
Helpful
Comment Report abuse
There are 5 customer reviews and 7 customer ratings.
See all 5 customer reviews
Write a customer review

Go to Amazon.com to see all 32 reviews 3.8 out of 5 stars
Get FREE delivery with Amazon Prime
Prime members enjoy FREE Delivery and exclusive access to movies, TV shows, music, Kindle e-books, Twitch Prime, and more.
> Get Started
Back to top
Get to Know Us
Make Money with Us
Let Us Help You
And don't forget:
© 1996-2020, Amazon.com, Inc. or its affiliates