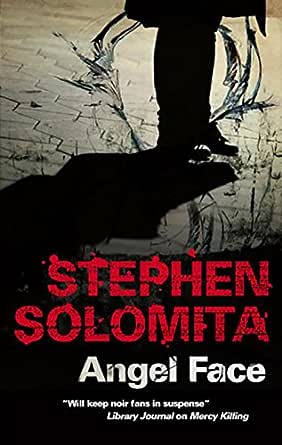 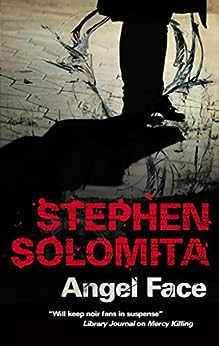 A gorgeous high-class prostitute and a cold-blooded killer meet cute.Angela Tamanaka has spent a lifetime being irresistible. Although her friends call her Angel, an angel she's not. She's a professional hired out to fat-cat clients who can afford to splurge for the special eroticism she brings to her calling. Racketeer Ricky Ditto is one such. It's on entering Ricky's opulent apartment that Angel initially encounters Leonard Carter. He too has a professional engagement with Ricky, in fulfillment of which he neatly places a bullet hole in the middle of the gangster's forehead. Carter's no angel either. He's ex-Special Forces, having spent a decade fighting and killing in the hardest places the U.S. deploys its military. More recently, however, he's gone into business for himself, taking on the sort of contract work of the kind that's introduced him to Ricky. Stunned by the swiftness of it all, a terrified Angel can only assume that she's next, that this super cool and competent hit man will choose to eliminate witnesses, but when his first words to her are "Did you touch anything?" she rightly concludes that he, like the many others before him, has been well and truly smitten. So bad boy meets naughty girl, they click, have great sex, then team together to chase the MacGuffin: $500,000 of someone else's payoff.Solomita (Mercy Killing, 2010, etc.) serves up a spare, fast, unlikely noir romance that turns out to be highly entertaining.Kirkus Reviews on Angel Face

Six years out of the army, in which he was a member of the elite Delta Force, Leonard Carter is a New York hit man, but he only eliminates people on the wrong side of the law. When he shoots mobster Ricky Ditto, he's confronted with an unexpected witness, beautiful prostitute Angela ("Angel") Tamanaka, known to her clients as Angel Face. Since Carter expects that the cops and Ricky's vengeful brother, Bobby, may be after both him and Angel, the two form an alliance, not only for protection but also to recover a large cache of money that Ricky claimed to possess. For intelligence help, Carter enlists his former antagonist, Lieutenant Solly Epstein of the NYPD Organized Crime Control Bureau, who has money problems. Carter, humanized by his grief over the death of his sister, seems virtually invincible as he tackles the bad guys in front of him. Like Dexter, he is a mass murderer who commands sympathy, and, as the ending hints, he appears to have an intriguing future ahead of him. Top-notch hard-boiled crime fiction.Booklist Reviews on Angel Face --This text refers to the hardcover edition.

Stephen Solomita is the author of several critically acclaimed thrillers, including ""Damaged Goods
About the Reader
Jason Culp has been featured on the soap operas ""General Hospital, ""Days of Our Lives, and ""Another World, and appeared in the film ""Skinheads. --This text refers to the hardcover edition.

Jacques I. deRemer
5.0 out of 5 stars A great story, with compelling new characters
Reviewed in the United States on 27 February 2013
Verified Purchase
I read a lot of Stephen Solomita in the early 90's, and enjoyed his writing. I somehow lost track of him, and then stumbled across Angel Face a few months ago on Amazon. This was a lucky break for me; it is a great story with a very compelling main character that I hope to see more of. I follow most all of the major mystery/thriller authors, and am glad to add Stephen Solomita back on to that list!
Read more
Report abuse

Katherine G. Potter
1.0 out of 5 stars Angel Face of Violence
Reviewed in the United States on 25 October 2012
Verified Purchase
This is a very violent book. There are no protagonists. The lead character is irredeemable, and not one supporting character has any positive traits.
Read more
Report abuse
See all reviews
Get FREE delivery with Amazon Prime
Prime members enjoy FREE Delivery and exclusive access to movies, TV shows, music, Kindle e-books, Twitch Prime, and more.
> Get Started
Back to top
Get to Know Us
Make Money with Us
Let Us Help You
And don't forget:
© 1996-2020, Amazon.com, Inc. or its affiliates