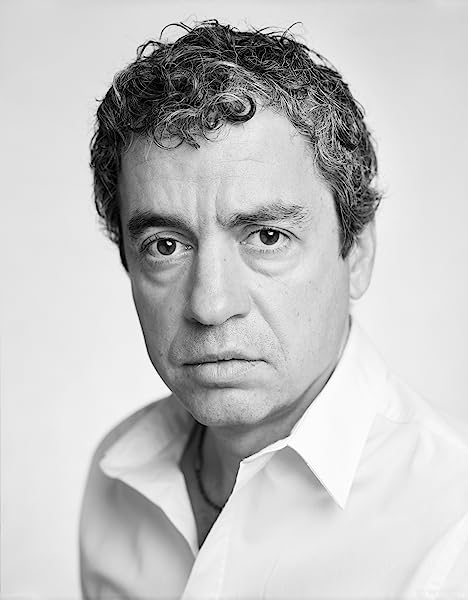 Amsterdam: A History of the World's Most Liberal City Hardcover – 22 October 2013

by Russell Shorto (Author)
4.5 out of 5 stars 488 ratings
See all formats and editions
Sorry, there was a problem loading this page. Try again.

Page 1 of 1 Start overPage 1 of 1
Previous page
Next page
Start reading Amsterdam: A History of the World's Most Liberal City on your Kindle in under a minute.

RUSSELL SHORTO's latest book is "Revolution Song: A Story of American Freedom," which Gordon S. Wood calls "an engaging, readable and surprisingly complete account of the American Revolution" and "a tour de force." He is also author of the bestseller "The Island at the Center of the World" and of "Amsterdam: A History of the World's Most Liberal City." His books have been published in fourteen languages. From 2008 to 2013 he was the director of the John Adams Institute in Amsterdam.

4.5 out of 5 stars
4.5 out of 5
488 global ratings
How are ratings calculated?
To calculate the overall star rating and percentage breakdown by star, we don’t use a simple average. Instead, our system considers things like how recent a review is and if the reviewer bought the item on Amazon. It also analyses reviews to verify trustworthiness.

Ross Brown
5.0 out of 5 stars An eye opening account of the history of a famous city.
Reviewed in Australia on 4 July 2014
Verified Purchase
I have visited Amsterdam on may occasions and having spent four years living in The Hague I thought I had seen and heard all there was to know about Amsterdam.
Russell Shorto's book presented to me an approach to the history of Amsterdam that had thus far escaped me. After reading this book I was privileged to be able to revisit Amsterdam and this time I saw the city through 'new eyes' and I visited places I had previously passed by without noticing.
If you are planning on visiting this city, or have never read a book about Amsterdam you must read the Shorto book, before you embark on your journey. This book will give you wonderful insights into one of the most important and fascinating cities in Europe. Modern liberalism (small l) is a tribute to the social, economic, political and religious events and the citizens that shaped Amsterdam.
Read more
Helpful
Report abuse
See all reviews

Wayne Clarke
3.0 out of 5 stars History through American eyes
Reviewed in the United Kingdom on 28 July 2020
Verified Purchase
This 'history' is worth reading but you need to know what you're getting.
First of all, it's a mixture between a history and a personal memoir, mixing the past with the author's personal experiences. This approach works fine once you get used to it, but it's a quirky way to enter into the past through the author's daily commute, his family life and divorce.
But secondly and more me more problematically the history part is told from the author's perspective as an American. He highlights the parts of Dutch and Amsterdam history that relate to the US, and things the US reader will want to know about. As a British reader who knows Amsterdam quite well, I found this off-putting and found that the whole history was skewed.
Overall, there are some fascinating facts here and a good overview of the history of the city, but the reader needs to be aware of the author's approach.
Read more
2 people found this helpful
Report abuse

Anon
5.0 out of 5 stars Absolutely brilliant!
Reviewed in the United Kingdom on 14 February 2019
Verified Purchase
I bought this (Kindle version) to take with me on a trip to Amsterdam - my first visit. I can't recommend it highly enough. It's very well written and quite quirky (in a good way). I wish I'd read it before I went as I could have added lots of things to my list of things to look out for on my trip. Other than learning about 'poulders' at school 50 years ago, I am ashamed to say I knew nothing about Amsterdam. The author of this book makes the history come alive, a bit of a cliche I know but it is so outstandingly well written with numerous amazing facts about the city, how it was built and who built it and why. I don't know if the author has written anything else but if not he should! The level of detail is extraordinary and it's so readable. I haven't quite finished it yet but as soon as I have I'm going to read it again! And book my next trip! Well done that man! Since writing the above I've discovered the author has indeed written several other books. I've just bought three of them to read on my trusty Kindle! (I prefer proper books to Kindle books but my Kindle is useful for reading in bed last thing at night and on the train etc.) I want to read this book again so I will probably buy the paperback too.
Read more
2 people found this helpful
Report abuse

Teresa
5.0 out of 5 stars Excellent Book
Reviewed in the United Kingdom on 20 January 2021
Verified Purchase
I bought this for a friend as he used to live in Amsterdam years ago and the country holds a very special place in his heart. He said he found it hard to put the book down. The Dutch are a very clever race, their engineering skills know no bounds and this gem of a book covers so much with regards to engineering, history, import and export, their laws, food etc etc. An excellent reference book and one that you can continually pick up and refer to, time and time again. A great buy, very pleased with this GEM!!!
Read more
Report abuse

Bucharesta
5.0 out of 5 stars Bringing the history of Amsterdam to life
Reviewed in the United Kingdom on 7 February 2014
Verified Purchase
This is an excellent history of the city but also gives some fascinating insights into the development of Dutch culture over the centuries. The Dutch were lucky enough not to suffer the feudal system where the wealth of a nation was concentrated into the hands of a few people (usually at the pointed end of a weapon or naked treachery) and this is still reflected to some extent in society today. The book breathes life into parts of Amsterdam that may not otherwise be discovered by people and would be an interesting read if you are planning to visit the city.
Read more
8 people found this helpful
Report abuse

prototyp3
5.0 out of 5 stars Very readable and sypathetic history of the uniqueness of Amsterdam
Reviewed in the United Kingdom on 12 November 2020
Verified Purchase
for a history of the city, this must be one of the best, the author becoming aligned with the city, and allowing the reader insights into what lies behind the facades of wonderful Amsterdam
Read more
Report abuse
See all reviews