Among the Wicked: A Kate Burkholder Novel and over 1.5 million other books are available for Amazon Kindle . Learn more
Share <Embed> 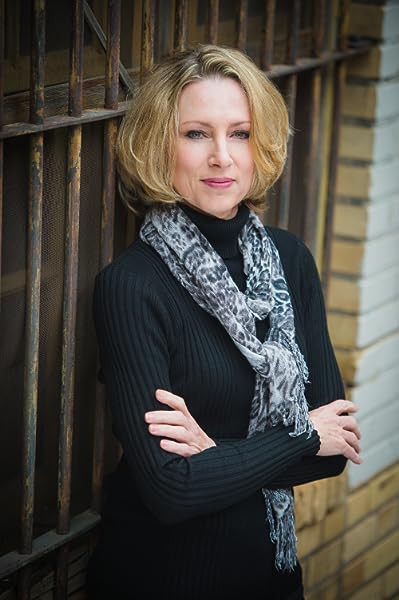 Page 1 of 1 Start overPage 1 of 1
Previous page
Next page
Start reading Among the Wicked: A Kate Burkholder Novel on your Kindle in under a minute.

"If you haven't yet discovered Kate Burkholder, the Amish-born police chief of Painters Mill, Ohio, this fine performance by Kathleen McInerney is a perfect place to start. . . . McInerney's masterly technique makes aural sense of the plain and kind Amish people bewildered by the violence, thuggery, and corruption that have come among them. McInerney's characters are alive, all human and believable."
--AudioFile

"Murder in Amish country has a certain added frisson, and Castillo's the master of the genre."
--People

"Among the Wicked is a high-speed, adrenaline-filled case of terror and intrigue fast-paced and plot-driven, but with nuanced characters and an eye for detail."
--Shelf Awareness

"If you like the work of Tana French--and yes, you should--Castillo is every bit as good, and much closer to home."
--Book Reporter

"If you haven't yet discovered Kate Burkholder...this fine performance by Kathleen McInerney is a perfect place to start."
-AudioFile

Linda Castillo is the New York Times bestselling author of the Kate Burkholder novels, including Sworn to Silence which was adapted into a Lifetime Original Movie titled An Amish Murder starring Neve Campbell as Kate Burkholder. Castillo is the recipient of numerous industry awards including a nomination by the International Thriller Writers for Best Hardcover, the Daphne du Maurier Award of Excellence, and a nomination for the RITA. In addition to writing, Castillo's other passion is horses. She lives in Texas with her husband and is currently at work on her next novel.

She has appeared onstage in New York and around the United States in both classical and contemporary theater. Her credits also include television commercials, daytime drama, radio plays, and animation voice-overs.

4.8 out of 5 stars
4.8 out of 5
684 global ratings
How are ratings calculated?
To calculate the overall star rating and percentage breakdown by star, we don’t use a simple average. Instead, our system considers things like how recent a review is and if the reviewer bought the item on Amazon. It also analyses reviews to verify trustworthiness.

Kindle Customer
5.0 out of 5 stars Another great story
Reviewed in the United Kingdom on 15 July 2016
Verified Purchase
I've been waiting a long time for this book to be published, and I've not been disappointed. This was for me one of the best Kate Burkholder novels. Interesting characters and a really good plot. I'm sorry that I read it so quickly.
Read more
6 people found this helpful
Report abuse

Mary Devereux
5.0 out of 5 stars Best one yet
Reviewed in the United Kingdom on 27 September 2016
Verified Purchase
Linda Castillo's Kate Burkholder books just keep getting better and better. I've been hooked since the first one in the series and now can't wait until the next one. If you've not read about Kate yet, you are in for a treat. Fascinating and sensitive background on the Amish community; excellent detective thriller with plenty of twists and turns; and a nice bit of romance - what more do you need?!
Read more
Report abuse

Grace
5.0 out of 5 stars Another Top Notch Thriller.
Reviewed in the United Kingdom on 31 August 2016
Verified Purchase
Linda Castillo still keeps giving us hard to put down thrillers regarding the Amish. This time a Bishop who's not a Bishop! and a terrified congregation afraid to do anything about it. As Kate the Chief of Police undercover, her description of the bitter cold and survival amongst them is so descriptive you can almost feel it.. Such a shame we have to wait for so long for the next one.
Read more
Report abuse

WildWelshWoman
5.0 out of 5 stars Great book
Reviewed in the United Kingdom on 15 August 2020
Verified Purchase
Why Amazon insist on 20 words for a review via kindle, I don't know. Especially when I just want to say that I really enjoyed this book.
Read more
Report abuse

Lusher
4.0 out of 5 stars Really good next book in the Kate Burkholder series
Reviewed in the United Kingdom on 18 September 2019
Verified Purchase
Have enjoyed all the Kate Burkholder books I've read so far and enjoyed this one very much. Glad that John Tomasetti is still part of her life, that element adds a lot to the books.
Read more
Report abuse
See all reviews
Get FREE delivery with Amazon Prime
Prime members enjoy FREE Delivery and exclusive access to movies, TV shows, music, Kindle e-books, Twitch Prime, and more.
> Get Started
Back to top
Get to Know Us
Make Money with Us
Let Us Help You
And don't forget:
© 1996-2021, Amazon.com, Inc. or its affiliates