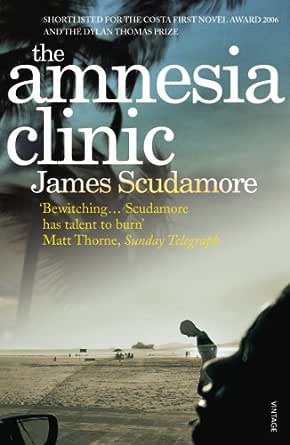 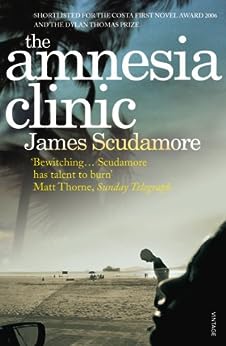 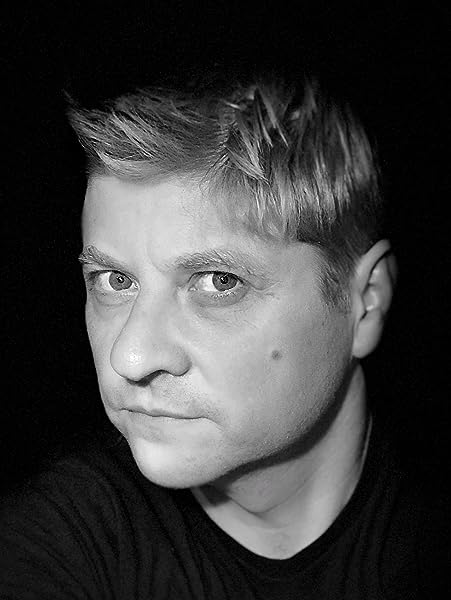 James Scudamore was born 1976 and spent much of his childhood living abroad. After leaving school he speant a year working and travelling in Ecuador before returning to England to study modern languages at Oxford. As a graduate, he worked in advertising, notching up such notable achievements as inventing the Bart Simpson's Eat My Shorts cereal for Kellogg's. But after four years he gave it all up to take a creative writing course at UEA... and then he wrote The Amnesia Clinic. Now, he is now more author than advertising exec. (though he does moonlight as a jazz pianist from time to time). --This text refers to an out of print or unavailable edition of this title.

A polished debut... Turns the tables on both characters and readers as imagination segues into dangerous reality, Guardian

Scudamore has fun blurring the edges of truth and fiction, creating fantastic and colourful stories within stories -- Laurence Phelan, Independent on Sunday

When his family moves to Quito, Ecuador, Anti (short for Anthony), a quiet, asthmatic English boy, strikes up a friendship with flamboyant local classmate Fabián. Fabián is everything Anti isn't: handsome, athletic and popular. What's more, he lives with his cool, eccentric Uncle Suarez, while Anti is stuck in the dull ex-pat world inhabited by his parents. Suarez, a storyteller par excellence, infects the boys with his passion for outlandish tales, and before long, the relationship between them becomes one conducted entirely through the medium of storytelling. One subject is taboo: Fabián's parents. But when details surrounding their disappearance begin to emerge, Anti hatches a plan.

With confused emotions and a tenuous grip on reality, the boys embark on a quixotic voyage across Ecuador in search of an "Amnesia Clinic" that may or may not exist. A complex and beautifully crafted piece of storytelling about storytelling itself, The Amnesia Clinic explores how truth can be so very much more fanciful than fact, and how the collision between fantasy and reality can lead to devastating delusions.
--This text refers to an out of print or unavailable edition of this title.

"The Amnesia Clinic is a wonderful debut?witty, polished, fluent and effortlessly entertaining."?Hilary Mantel, author of Beyond Black

"This is a rigorously plotted novel masquerading as a picaresque romp, and highly recommended. Scudamore has talent to burn."?Sunday Telegraph (U.K.)

"The Amnesia Clinic is a compulsively readable novel about the seductiveness of storytelling?both his characters and the electrifying manner in which Scudamore writes about Ecuador demonstrates the appeal as well as the danger of any fabulist’s capacity for wonder."?Literary Review (U.K.)
--This text refers to an out of print or unavailable edition of this title.

Rich in South American colour, this cleverly crafted novel deals with storytelling itself - the motivations for spinning a yarn and the consequences of taking a tale too far. --This text refers to the paperback edition.
Read more
click to open popover

serpentine
5.0 out of 5 stars Setting, character, plot - it's got them all
Reviewed in the United Kingdom on 7 January 2013
Verified Purchase
Much enjoyed this thought-provoking, moving book. Memorable, unusual but totally believable characters - the two young men and the uncle especially. And Quito and Ecuador are vividly portrayed, too.
Read more
One person found this helpful
Helpful
Sending feedback...
Thank you for your feedback.
Sorry, we failed to record your vote. Please try again
Report abuse

Mrs. Lynne Marshall
4.0 out of 5 stars Terrific read
Reviewed in the United Kingdom on 16 September 2013
Verified Purchase
A highly original and interesting first novel. I found the relationship between the two boys very real and really enjoyed the story immensely.
Read more
Helpful
Sending feedback...
Thank you for your feedback.
Sorry, we failed to record your vote. Please try again
Report abuse

S. J. Pardoe
4.0 out of 5 stars Amnesia Clinic - a novel to remember
Reviewed in the United Kingdom on 21 April 2006
Verified Purchase
'The Amnesia Clinic' is a novel not easily forgotten. Catching the sounds and smells of Ecuador and its people, indigenous as well as Hispanic, James Scudamore's excellent debut takes us beyond beach-bum banality and into recursive stories, stories about stories, storytelling and storytellers. What is real - what we experience, or what we are told? If a tale is told in two ways, can both be true?

If a fantasy is more credible for being well-told, this is a fine example. Warmly written and tidily edited, Scudamore's book is a worthwhile read, whether or not you've been to Ecuador. He left me wanting to know more about his central characters, but in a good way. Next, please!

AndMooreAgain
5.0 out of 5 stars read james scudamore for a real good time!
Reviewed in the United States on 29 January 2017
Verified Purchase
this is a very unusual book. cannot be compared to any other novel except maybe Heliopolis which sorry is not science fiction it is almost science fiction. scudamore hopefully has at least 20 more novels to write before he gets old.
Read more
Helpful
Sending feedback...
Thank you for your feedback.
Sorry, we failed to record your vote. Please try again
Report abuse