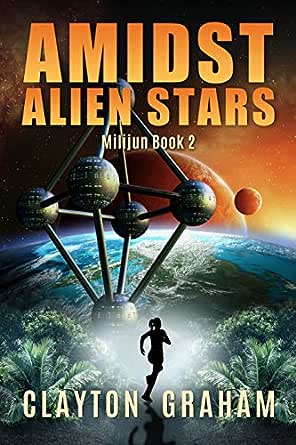 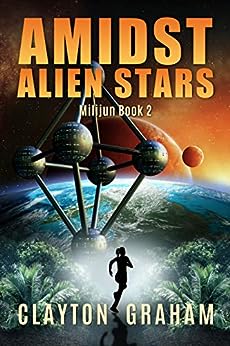 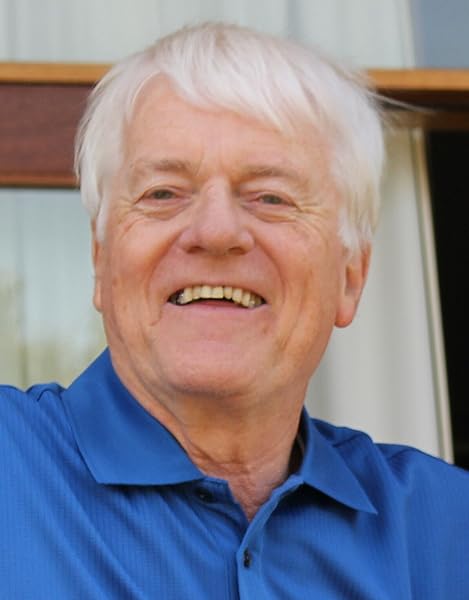 Kay Mack
TOP 500 REVIEWER
5.0 out of 5 stars Milijun 2 is mind blowing!
Reviewed in Australia on 3 December 2019
Verified Purchase
What to say about this novel? Or where to begin? There is world building of such depth and lush detail that you could almost feel it. The characters are large, alive, and so very real, with not one being black or white but filled with the contrasts every person has. And finally the storyline. From start to finish it is more science fact than science fiction. Even though we haven’t yet reached this point, it is definitely possible in the future. At the end there is a sense of sudden departure from a much loved family for the reader. The book generates it all.
Read more
Helpful
Report abuse
See all reviews

The idea that an alien race had created hybrid beings on a space station set a long way from Earth, with the aim of the human strengths complimenting the strengths of their race was interesting. Rather than the usual alien v human, to think that there could be partnership was really good. However, the humans, trapped on the space station and longing to return home, are seeking meaning and purpose as they fear for their role in the future where the aliens seem to hold all the cards. The adventure deepens as they seek answers and the stakes are raised.

As I said, I wish I had read the first book as I may have engaged better with the main characters, Jason & Laura. I may have understood more of what they had already gone through and I may have felt less like I was wading through an overly complex narrative where I felt confused and lost. It often felt like I was jumping into the middle of something where everyone else knew the back story but me. So my strong recommendation is to start with book 1 to get the most out of this excellent premise and high quality writing.
Read more
Report abuse

Mandy Parmenter
4.0 out of 5 stars Great second book in the Milijun series
Reviewed in the United Kingdom on 22 December 2019
Verified Purchase
Laura Sinclair and her son Jason, plus a group of desperate humans abducted from Earth in the previous book awake among the alien stars somewhere else where they are trying to forge a new future both for themselves but also for those back home on Earth. However, they are not with the one alien race and so have to solve the riddle of the group of races they are encountering and try not to become embroiled in their historic conflict that seems to be as valid now as it was many years before. The problem is who should they trust (if anyone) and what is the real plan for the hybrid children that have been brought into existence? Add to that there is a constant worry in the back of their minds - will they ever see Earth again and get home?

This is once again a complex story with many layers for you to dig through as you read this second book in the series - although you could get away with not reading the first one I really do think you need to read the first one to make sense of the events in this book as early as you can. I enjoyed the way they were sometimes working independently but were always working towards a common goal that would make sense of what was happening to them all. I enjoyed the mini-stories within stories that were very enjoyable. Well written it was very clear and easy to understand.
Read more
Report abuse

Fifty Sheds of Books
5.0 out of 5 stars Amidst Alien Stars
Reviewed in the United Kingdom on 11 April 2020
Verified Purchase
Amidst Alien Stars is a thoughtful piece of science fiction that should appeal to lovers of the genre. The characters are well defined and they draw you into the story while the descriptions are vivid and paint a colourful picture of the author’s world.

The story builds in mystery and intensity through the author’s excellent prose. Furthermore, there is an emotional depth to Amidst Alien Stars that is not always prevalent in science fiction.

Although this is book two in the series it is sufficiently self-contained to read as a stand-alone.

Ricky Reader
5.0 out of 5 stars A good read
Reviewed in the United Kingdom on 29 December 2019
Verified Purchase
I have to admit I prefer hard science in my SciFi reading, but this was an excellent foray into the more speculative side of the genre. The story continues with the survivors of Milijun and encapsulates elements of warring alien species, bio-engineering and intense action. A good read.
Read more
Report abuse

Ann Marie
4.0 out of 5 stars Interesting
Reviewed in the United Kingdom on 24 November 2020
Verified Purchase
Not as good as book 1 because of the completely different setting. I enjoyed it but found some of the characters annoying.
Read more
Report abuse
See all reviews
Get FREE delivery with Amazon Prime
Prime members enjoy FREE Delivery and exclusive access to movies, TV shows, music, Kindle e-books, Twitch Prime, and more.
> Get Started
Back to top
Get to Know Us
Make Money with Us
Let Us Help You
And don't forget:
© 1996-2020, Amazon.com, Inc. or its affiliates