The American Story: Conversations with Master Historians and over 1.5 million other books are available for Amazon Kindle . Learn more
Share <Embed> 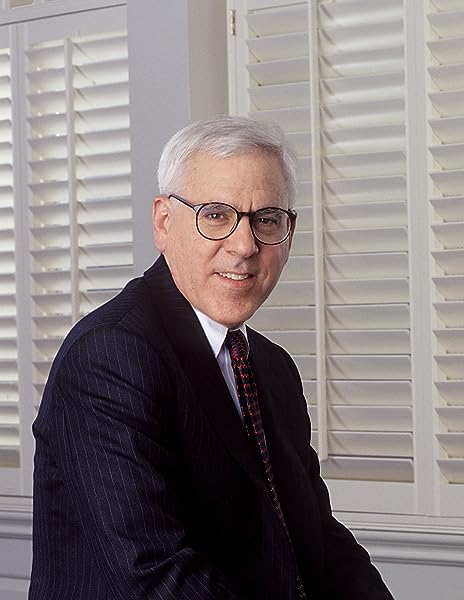 Page 1 of 1 Start overPage 1 of 1
Previous page
Next page
Start reading The American Story: Conversations with Master Historians on your Kindle in under a minute.

“With his legendary passion for American history, David Rubenstein’s conversations with scholars and authors bring our country’s story to life in a new way. The American Story illuminates the humanity, motivations, and lesser-known stories behind some of our country’s most notable leaders with lessons that are important for all of us today.”—Bill Gates

“David Rubenstein draws out compelling stories and unexpected insights in dialogues with some of the most important historians in America.  For the reader who loves American history and biography, or for anyone who would like to start, this book is for you.”—Michael Beschloss, New York Times Bestselling author of Presidents of War

“Rubenstein knows in his gut that we can't know where we're going without knowing where we've been. In The American Story, one of the best interviewers I know interrogates our greatest historians to find out about critical moments in our past that speak directly to our present moment.”—Ken Burns, Director of The Vietnam War

“This book tells the story of our past, but it also can help guide our future. I hope it inspires new generations to learn about our history and defend the democratic values that have always defined what it truly means to be an American.”—The Honorable Madeleine K. Albright, Former United States Secretary of State

“David Rubenstein brilliantly captures the essence of many of our country’s most significant historic figures and the insights of their greatest living biographers. The American Story is truly fascinating—wonderfully readable, substantively compelling, and full of unexpected revelations.”—General David Petraeus, US Army (Ret.), former Director of the CIA

“The American Story is yet another of David’s patriotic, philanthropic gifts to our country, its history and its citizens. It’s his enthusiasm that I admire most and that drives these important conversations.”—Mike Krzyzewski, Head Coach, Duke Men’s Basketball

“David’s boundless curiosity and lifelong interest in American history make him an ideal choice to interview our nation’s foremost historians. The lessons in The American Story are as timeless as they are timely.”—Lonnie G. Bunch III, Secretary of the Smithsonian Institution

“History matters, and these engaging and enlightening conversations show why. David Rubenstein deserves a medal—as a knowledgeable, incisive and witty interlocutor, but also as the creator of these Congressional Dialogues, which present the insights of the past to those responsible for the future.”—Drew Gilpin Faust, 28th President of Harvard University

"A joy that people will take with them and read it. It is the best Christmas present I know of." —Hugh Hewitt

"David Rubenstein’s interviews are a thrilling trip to the past and ought to be required reading for anyone who cares about America’s future." —Cal Thomas

“The American Story is a creative concept that delivers delicious bite-size bits of American history to those who haven’t had the time or inclination to read widely. I devoured every page with immense pleasure.” —Kitty Kelley, Washington Independent Review of Books

“Revealing, even surprisingly funny.” —The Guardian

“An excellent introduction to leading historians and the books every engaged American should read.”—Kirkus Reviews

“Amiable yet informative, the interviews helpfully distill what are often massive tomes into an enjoyable collection of revelatory anecdotes, trivia, and bits of wisdom for modern legislators and citizens alike.”—Booklist

David M. Rubenstein is the New York Times bestselling author of How to Lead and The American Story. He is cofounder and co-executive chairman of The Carlyle Group, one of the world’s largest and most successful private equity firms. Rubenstein is Chairman of the Boards of Trustees of the John F. Kennedy Center for the Performing Arts and the Council on Foreign Relations. He is an original signer of The Giving Pledge and a recipient of the Carnegie Medal of Philanthropy and the MoMA’s David Rockefeller Award. The host of The David Rubenstein Show on Bloomberg TV and PBS, he lives in the Washington, DC area.

4.7 out of 5 stars
4.7 out of 5
1,061 global ratings
How are ratings calculated?
To calculate the overall star rating and percentage breakdown by star, we don’t use a simple average. Instead, our system considers things like how recent a review is and if the reviewer bought the item on Amazon. It also analyses reviews to verify trustworthiness.

A. Ali
5.0 out of 5 stars History without the boring stuff like places and dates
Reviewed in the United Kingdom on 29 May 2020
Verified Purchase
Engaging. Rubenstein has the ability to find the story. We don’t get any boring historical facts like places, dates, treaties, etc. The focus is on only the interesting stuff, i.e. what may enamour normal people who may or may not care for the subject.

I made my teenage twins read parts of this in order to get more videogame time during lockdown. My twins are allergic to reading, however, they read passages of this book and loved it- “it’s not trash.” They liked that (1) the stories are covered in an engaging interview format, (2) the stories are short, e.g. George Washington is 25 pages, and (3) the focus is on intriguing, interesting insights that are relevant today, e.g. why didn’t Washington become a dictator and cling to power like other successful revolutionaries? And how did he reconcile slavery and what happened to his 100+ slaves??

Debbie
4.0 out of 5 stars Great read
Reviewed in Canada on 17 February 2020
Verified Purchase
Love the book and information that I have learned
Read more
Report abuse

Reza Samarbaf
5.0 out of 5 stars A shortcut on understanding America Founding Fathers
Reviewed in Canada on 27 December 2019
Verified Purchase
The most exciting and engaging historical dialogue. David's probing is as good as Socrates. Truly a masterpiece! A must read for every American.
Read more
Report abuse

bertram o'quinn
5.0 out of 5 stars Fact based! Not opinion based !
Reviewed in Canada on 6 March 2021
Verified Purchase
I loved the way the book was written!
Even brilliant people ! Screw up occasionally!fact