American Sfoglino: A Master Class in Handmade Pasta and over 1.5 million other books are available for Amazon Kindle . Learn more
Share <Embed> 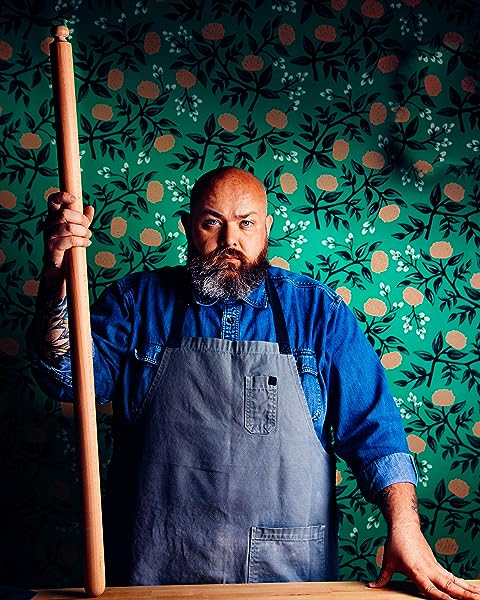 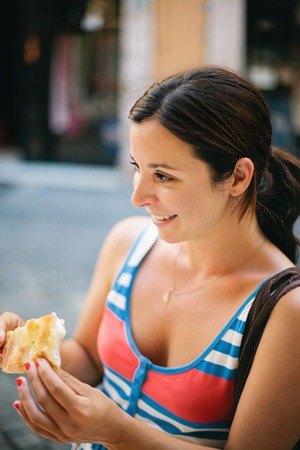 Page 1 of 1 Start overPage 1 of 1
Previous page
Next page
Start reading American Sfoglino: A Master Class in Handmade Pasta on your Kindle in under a minute.

Winner of the 2020 James Beard Award for Photography

Evan shares his deep love and respect for the traditions of hand-rolled pasta in American Sfoglino, where every single shape--from the squiggle of strozzapreti to the parcel of cestini--is explained with care and love, and where each recipe jumps off the page with appetite-inducing beauty. —: Danny Meyer, James Beard Award-winning founder and CEO of Union Square Hospitality Group

Evan Funke is a master pasta technician with the heart of a nonna. American Sfoglino is a true testament of his craft and the only book you'll need to recreate his pasta at home.--Michele Forgione, chef/co-owner of Impasto, Pizzeria Gema, Chez Tousignant, and Da Rosa

Evan Funke is an obsessive of the highest order and how lucky for all of us that his obsessions focus on pasta, specifically the pasta of Bologna where he perfected the egg-rich, artistically filled, and delicately wrapped treasures of Italy's finest. At his L.A. restaurant Felix, Evan has introduced enthusiastic diners to the secrets of pasta bolognese. Now, with this magnificent book, he shares the skills he learned in Bologna-not just the obsession but also the love and the how-to, from simplest first steps to ornate special occasion shapes and everything in between.--Sara Jenkins, chef/owner of Porsena and Nina June

Evan Funke unlocks the beauty and craft of true hand-rolled pasta, honoring the traditions Italians have passed down through generations. He educates at-home cooks on the history of pasta shapes and the sacred bond between those shapes and their true match sauces, one of the most important steps when channeling your inner sfoglino.--Sarah Grueneberg, James Beard Award-winning chef/partner of Monteverde Restaurant and Pastificio

Evan Funke's respect for tradition and detail makes American Sfoglino the perfect introduction to the fresh egg pastas of Emilia-Romagna. It's bold in its simplicity and focus.--Missy Robbins, chef/owner of Lilia and MISI

This book might just be the finest, most educational tool available about the art of fresh pasta making.Thanks to Evan's maniacal enthusiasm, you may never again be tempted to buy dried, packaged pasta at the supermarket. And before you know it, the word sfoglino will roll off your tongue as expertly as you roll sfoglia itself. --Nancy Silverton, American Chef and winner of the James Beard Foundation's Outstanding Chef Award

Chef Evan Funke is a master pasta maker trained in the Emilia-Romagna region of Italy who has worked with Wolfgang Puck and Maestro Alessandro Spisni. In April of 2017, he opened Felix Trattoria in Venice, California, to rave reviews and a packed house. It was named as one of Eater's “12 Best New Restaurants in America” and Esquire's “Best New Restaurant” in 2017.

Katie Parla is a Rome-based food journalist and the author of Tasting Rome (Potter) and Food of the Italian South (Potter). Originally from New Jersey, she has a master’s degree in Italian Gastronomic Culture from the Università degli Studi di Roma “Tor Vergata,” a sommelier certificate from the Federazione Italiana Sommelier Albergatori Ristoratori, and an archaeological speleology certification from the city of Rome. She is the author and editor of more than 20 food books and has written for publications such as Lucky Peach, The New York Times, The Guardian and Saveur, among others.

A maker of fresh pasta sheets.

A sfoglia, the heart of this book, is a sheet of pasta rolled by hand. Some people form it with a pasta machine. If you follow Evan Funke on Instagram already know his feelings on that...

Being a sfoglino, or pasta maker, in Bologna is a position of honor, deeply rooted in the city’s cultural history, traditions, and lore. For hundreds of years, bolognese pasta makers have practiced their daily ritual of rolling pasta by hand in laboratori (workshops) and homes all over the city. Sfoglini are the very foundation of bolognese cuisine.

The recipes in this book include traditional, centuries-old pasta forms such as Tagliatelle and Lasagna, as well as some creative ones, such as the Smeraldine. In accordance with the customs of Bologna, pasta shapes are paired with specific sauces. Buon appetito!

This filled pasta unites a favorite spring vegetable with Parmigiano-Reggiano. Each spring, they appear together across the Italian peninsula in a variety of ways, including in pastas and risottos. The asparagus and salty cheese contrast beautifully.

Bologna’s cold winter months are dominated by hardy vegetables, such as bitter leafy greens and sweet heads of cabbage. What is nice about this soup is that it’s warming and filling without being heavy.

This braised lamb ragù is an Easter specialty in Emilia-Romagna, marrying the Christian symbolism of the sacrificial lamb with the natural rhythms of nature. In Bologna, suckling lambs are slaughtered in spring just as peas come into season. The tender meat is simmered with herbs and sweet seasonal peas, resulting in a soulful sauce with deep flavor.

Romagna is the often-overlooked neighbor to the east of Emilia. While it is home to beach resorts, such as Rimini and Riccione, its cuisine is definitely overshadowed by the globally revered food of Bologna, Modena, and Parma. That said, the dishes of Romagna are simple, satisfying, and easy to prepare, and this pasta is no exception.

4.7 out of 5 stars
4.7 out of 5
900 global ratings
How are ratings calculated?
To calculate the overall star rating and percentage breakdown by star, we don’t use a simple average. Instead, our system considers things like how recent a review is and if the reviewer bought the item on Amazon. It also analyses reviews to verify trustworthiness.

DeeandBeeNewbridge
4.0 out of 5 stars It is a special book for pasta aficionados.
Reviewed in the United Kingdom on 25 November 2019
Verified Purchase
Nice book received on time. You will enjoy the depth of concernment about all things pasta. It is beautifully produced and has lovely photographs. Prepare to be inspired.
Read more
Report abuse

G
5.0 out of 5 stars Simply The Best
Reviewed in Canada on 10 October 2019
Verified Purchase
The best dough for stuffed pasta, full stop. I've been making pasta in this style for the past four years and Chef Funke's dough is faultless: it stretches like a dream, is incredibly tender when cooked, yet durable enough to stretch without worrying Bout tearing. I've made the balanzoni, smeraldine and tortelloni (though I subbed in his butternut squash filling, which was scrumptious). Yes, this method requires patience and practice and investment in tools. If you're someone who is looking for a quick 30 minute dinner idea, perhaps Rachael or Jamie are more what youre looking for. If you are someone who, say, enjoys making sausage or charcuterie from scratch (ie. Enjoys the process and learning new things) you will fall head over heels in love with this book.

banguscorp
3.0 out of 5 stars Eh
Reviewed in Canada on 15 November 2019
Verified Purchase
Good recipes for dough and some sauces. I have a pasta maker and use it. Don't appreciate so much the "you're a loser and lazy because you use a pasta maker tone". I don't make pasta for a living. I do it in the evenings and weekends and I don't have 3 hours. It's a pretty book.
Read more
3 people found this helpful
Report abuse

SSNB
5.0 out of 5 stars An opus to pasta making
Reviewed in Canada on 1 November 2020
Verified Purchase
I love this cookbook. It’s informative and you can feel Evan Funke’s love for the craft of pasta making. The photography is informative as well as visually stunning. Apart from being a cookbook with authentic techniques and recipients, it’s a work of art.
Read more
Report abuse
See all reviews
Back to top
Get to Know Us
Make Money with Us
Let Us Help You
And don't forget:
© 1996-2021, Amazon.com, Inc. or its affiliates