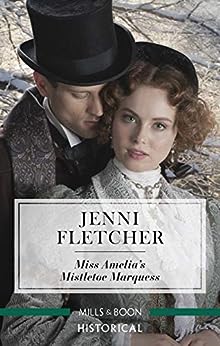 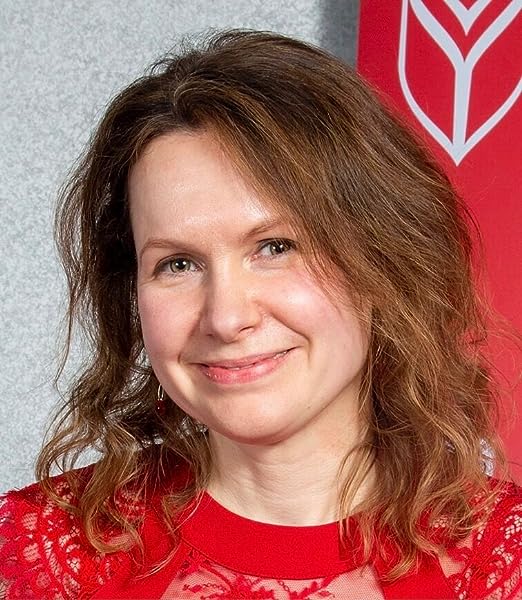 Jenni Fletcher studied English at Cambridge University before doing a PhD on Edwardian literature at Hull. Originally from the north coast of Scotland, she now lives in Yorkshire, where she juggles motherhood and writing. She loves the Medieval and Victorian periods and writes stories set in both.

Jenni Fletcher is the award-winning author of more than 15 historical romances, ranging from the Roman to Victorian eras because she has historical commitment issues. She has been nominated for 4 RoNA Awards and won the Libertà Books Shorter Romantic Novel Award in 2020. She grew up in Scotland and Somerset and now lives in Yorkshire with her family. She can be contacted via Twitter @JenniAuthor.

Proud Book Reviews
TOP 1000 REVIEWER
5.0 out of 5 stars Sweet, selfless, and utterly in love but won't admit it makes for great reading.
Reviewed in Australia on 14 January 2020
I read this entirely at home (except for the day I finished it, I will admit I took it to work with me that day) because it was a physical ARC (thank you Jenni Fletcher for shipping this to me!) and I hate bringing books to work with me because I inevitably damage them. Yet when I got to the last portion of the book (and I’d just finished another book on my Kindle) I knew I had to bring it in with me.

Whenever I was away from this book, I was thinking about what was happening between Amelia and Cassius. How were they reacting to each other, what were they going to do next, what could happen now since they’re married, and I’ve got a good portion of the book to go? Etc etc etc.

Given it was set at Christmas time I was obviously going to love that aspect of the book. Yet there were some very modern issues of depression and self-worth that were openly discussed and explored. Not only did the characters discuss these issues (maybe not in those terms, but they did) they also coloured all their actions and interactions.

It was fascinating to me seeing such a “modern” thing as mental health be addressed headfirst in a setting where I wasn’t expecting it. Because of this I got the sense that Jenni was trying to say that mental health has always been an issue. Just maybe not talked about in the same was that we talk about it now.

I read this as a standalone, and it can be read as a standalone, but I’ve just (as I’m writing this review) discovered that it’s part of a trilogy that’s been written by 3 different authors! I know I keep coming back to Jenni’s work, but I might consider getting the others to see how their stories play out!
Read more
Helpful
Report abuse

Brutally Honest Reviews
TOP 50 REVIEWER
5.0 out of 5 stars A charming and light-hearted Victorian romance
Reviewed in Australia on 2 December 2019
A charming and light-hearted Victorian romance, the story begins with Miss Amelia Fairclough finding herself in need of somewhere to shelter from a snowstorm. The only available place is a lodge on the road to a great house, fortunately occupied by a rather nice gentleman who takes her in. Of course, he’s not the estate manager he makes himself out to be, but the estate owner, the Marquess of Falconmore, no less, and when the entire village discovers the next morning that Amelia spent the night alone with him, he does the honourable thing and offers for her.

There’s not much external conflict in the book, though Amelia and Cassius do have their issues to work out with each other. Cassius is ex-army and riddled with guilt over the death of his best friend, not to mention having to terms with inheriting his estate and title from a cousin he loved dearly, and Amelia is from quite a different social sphere and has to find her place as lady of the manor. The attraction and affection between the two is obvious from the beginning, though.

There’s a particularly delightful scene where Amelia turns a potential adversary into an ally, by confronting Cassius about his treatment of his widowed sister-in-law and pointing out that the lady is acting a particular way because Cassius has completely failed to ensure her future. Telling him to not only do the right thing, but put it in writing, was a fine strike for sisterly solidarity and a wake-up call for Cassius, who in a typically privileged male fashion hadn’t even thought about how financial insecurity can cause problems for those who don’t have it.

I’d recommend this as a sweet, low-conflict romance without a lot of angst, though the two leads do some soul-searching before finally coming together. Five stars for a heartwarming read I thoroughly enjoyed.

Disclaimer: I received a review copy of this book from the author’s representative.
Read more
Helpful
Report abuse
See all reviews

rach_b52
5.0 out of 5 stars Just perfect!
Reviewed in the United Kingdom on 27 December 2019
Verified Purchase
I snuggled down and started reading this Christmas Eve and found myself sneaking away over the next two days to squeeze in pages while entertaining family because I couldn’t bear to put it down.

I loved Cassius, he was sexy, tortured, and still deliciously fun. And Millie was just bursting to get out of the sensible skin she’s found herself in. She was highly entertaining from the very beginning, finding herself in scenarios that you can’t help but giggle and enjoy and get swept up in. I don’t want to say more as it will spoil it for the reader but suffice it to say, it had me amused and entertained from the off and I highly recommend it to any romance lover.

Yes, it’s a festive read, but in truth it could be read any time of the year and I can’t wait to tuck into Jenni Fletcher’s next book!
Read more
Report abuse

K.Phoenix
5.0 out of 5 stars A really lovely Christmassy book!
Reviewed in the United Kingdom on 24 December 2019
Verified Purchase
I've read a few historical romance novels and they all fall back on the plot convention of: couple who are completely besotted with each other and yet can't communicate key information, leading to confusion, peril and eventual resolution. This lovely book doesn't do that and the result is a couple who actually feel excellently well suited and really loving - its so enjoyable! I read it in under 24 hours :)
Read more
Report abuse

Élodie Nicoli
5.0 out of 5 stars A lovely tale of moving forward
Reviewed in the United States on 2 December 2019
Verified Purchase
when two very opposite persons are tricked into a mariage of convenience, is there a chance for more waiting them ...

This is my first read by Mrs Jenni Fletcher, and it was a very enjoying one.
Even if this book is second in a series, no need to have the first story to get into the storyline.
Still I will read the first one as I really want to know more about Amelia’s sister.
This book is a lovely story of letting the past go and move on to find who is really hiding behind their practical facade.
Both grieved their loss their own way, one mourning in silence and putting her chagrin aside by engrossing herself in work when the other tried to bury his guilt as it overwhelms and fills his dreams.
Amelia is a two faces person, the prim and proper Miss Fairclough and Millie her more free alter-ego. For ten years, she let her busy character commands her every action, and when for once she throws caution to the wind, she finds herself grazing ruin.
Cassius is bearing his new position as a burden, because he is alive when others lost their life. Since he lives with this guilt looming over him, feeling he has no right to enjoy anything when others are not here to share it with him.
Plus the weight of having lost so many dear souls prevent him to any further attachment.

Then they find themselves together thrown in a life they never expected, he a soldier now a Marquess, she a miss running a foundation for destitute or fallen women now a marchioness.

At a time I did not understand why instead of make do with the attraction they both shared, he chooses to lock everything and face their impending marriage all aloofness and icy demeanor out. Hopefully it was for a very short time, until Millie showed him the wrongness of his attitude. Yet, when everything seemed to shine for them both, she too rejected their own happiness, so afraid to not deserving it too.
They both get their epiphany, but in the meantime, they rebuilt themselves in the person they might be thanks to the other, up to them to decide if it is worth risking their heart.

In all, a lovely journey of two persons who despite the circumstances realize it might have been the best that ever happened to them.
4.5 stars
Read more
2 people found this helpful
Report abuse
See all reviews
Back to top
Get to Know Us
Make Money with Us
Let Us Help You
And don't forget:
© 1996-2021, Amazon.com, Inc. or its affiliates