Temporarily out of stock.
Order now and we'll deliver when available. We'll e-mail you with an estimated delivery date as soon as we have more information. Your account will only be charged when we ship the item.
Delivery Rates and Return policy
$41.71
+ $3.00 Delivery
Sold by: RarewavesUSA
Sold by: RarewavesUSA 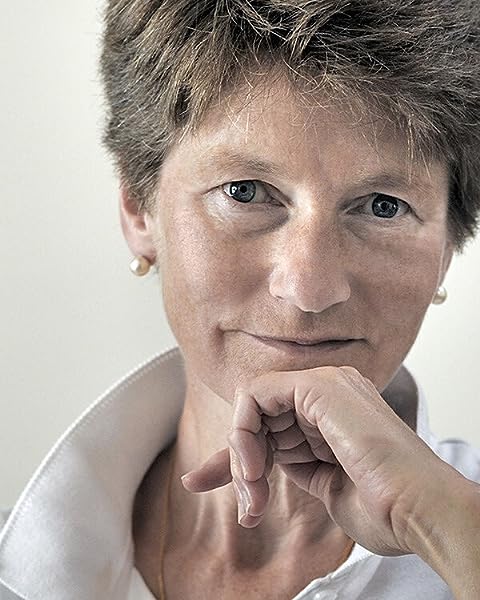 by Malve von Hassell (Author)
4.7 out of 5 stars 5 ratings
See all formats and editions
Sorry, there was a problem loading this page. Try again.

Malve von Hassell was born in Italy and spent part of her childhood in Belgium and Germany before moving to the United States. She is a freelance writer, researcher, and translator. She holds a PhD in anthropology from the New School for Social Research. She has taught at Queens College, Baruch College, Pace University, and Suffolk County Community College, while continuing her work as a translator and writer. She has published seven books and is currently working on a biographical work about a woman coming of age in Nazi Germany.
Start reading The Amber Crane on your Kindle in under a minute.

TrishA
4.0 out of 5 stars Story stays with the reader long after reading the last word.
Reviewed in Australia on 1 August 2021
Verified Purchase
After reading von Hassell’s historical fiction novel, Alina: A Song for the Telling, I looked forward to the release of The Amber Crane, and was not disappointed. In this new story, von Hassell has introduced a subtle fantasy element. As the description above shares, Peter, a troubled young apprentice, transported through time (30 Years War - 1600s) to the side of Lioba (First World War - early 1900s), a young woman searching for her family in World War 1 ravaged Poland.

Amber is the catalyst in the story and as Peter explores his skill and understanding of the valuable resin, we learn also the importance of guilds in the lives of artisans, and the human cost of war, not just on those fighting on the front lines, but those left to pick up the pieces in regions devastated by its impact on trade, agriculture, and the guilds. Lioba shows Peter that even in the face of great adversity, there is always hope. Amber shows them both how to let hope carry them forward into an uncertain future.The author’s writing style throughout is fluid. She manages the two time periods with a deft hand. While the tale is not immediately gripping, the flow of story follows Peter’s journey and shares his discoveries and awakening in a way that stays with the reader. I love a story that hangs around in the head, provoking thought, understanding, learning, and hope long after I’ve read the last word.
Read more
Helpful
Report abuse
See all reviews

Sveta4ovna
5.0 out of 5 stars A captivating story that will transport you to another time and place.
Reviewed in the United Kingdom on 10 July 2021
Verified Purchase
Peter Glienke is a fifteen-year old apprentice trapped in the last years of war, constrained by his guild and mourning the death of his brother. He has feelings for the mayor’s daughter, worries about his father’s dwindling business, and feels conflicted by his sister’s disability, so his character is entirely relatable despite being set in 1644 Pomerania. Peter’s life is transformed when he happens upon a forbidden cache of raw amber. Although he has trained endlessly to create prayer beads from this material in a world lacking hope, he clings to the specimens as secret talismans.

Malve von Hassell brings us dreamscapes of endurance and light amidst the twin horrors of the Thirty Years and Second World Wars she has thoroughly researched. Peter harnesses the magical properties of his secret amulets, which catapult him into time travel and the parallel settings of 1644 and 1944. Despite a backdrop of unspeakable devastation, this is not a dark tale. As Peter discovers the healing power and protective energy of amber, his adventures invite us to laugh out loud as he is dumbfounded by everyday household implements. We gape as he does at industrial progress. In the end, we grasp that curiosity, empathy and resourcefulness can transcend boundaries of time and circumstances of birth.
Read more
Report abuse

Roxy Eloise
5.0 out of 5 stars An easy to read historical fiction
Reviewed in the United Kingdom on 17 September 2021
Verified Purchase
Peter lives through the Thirty Years War and finds a forbidden piece of amber. Despite the consequences, he keeps the stone and soon discovers it has magical properties. Randomly, he is transported into WWII where he meets a girl struggling to escape the perils of war.

Something I liked:
THE AMBER CRANE is inspired by true events, and this really gave me a connection to the characters from the start.

Who SHOULDN’T read it?
Anyone sensitive to the mention of rape.

Roxy Eloise’s added insight:
You do not need to be interested in military history to enjoy this novel. It is just set during war and doesn’t read like a history book. It is very well written and clearly the work of an experienced writer.
Read more
Report abuse

Lori Banov Kaufmann
5.0 out of 5 stars An Unexpected Treasure!
Reviewed in the United States on 21 July 2021
Verified Purchase
Just as the main character Peter finds an unexpected treasure on the beach, I also found an unexpected treasure in this book! And just as Peter lovingly and skillfully crafted his amber into exquisite figures, M.H. crafted this unusual story into an exquisite book.

If you like to travel back in time, enter new worlds and meet compelling characters, I highly recommend The Amber Crane. Even though the author Malve von Hassell is a serious scholar with a Ph.D., she doesn’t force feed the reader with historical facts. Rather, she deftly weaves the history into the storyline so that the challenges facing the characters are a natural consequence of when and where they were born. This seamless integration of the historical context and plot was so skillfully done that I re-read some chapters, just to see how she did it!

Von Hassell weaves two distinct time periods together : the Thirty Years’ War fought in the 1600’s and World War II. Peter and Lioba, the two protagonists, are separated by time but united by their shared humanity and friendship as well as their fierce will to survive. The reader can’t help but think about the parallels between the two eras and the devastation of war. Refugees are forced from their homes and people are frantically trying to protect their families in both story lines.

I loved the many subplots that von Hassell braids together – Peter’s coming-of-age story and his relationship with his traumatized sister, his struggle to pass the Guild test, the mystery of the amber, and the travel to the future to help Lioba. I loved this book and highly recommend it!
Read more
Report abuse

Lilly von Ruden
5.0 out of 5 stars Great read: beautifully crafted historical fiction novel for all ages
Reviewed in the United States on 20 July 2021
Verified Purchase
I loved going on the journey through time with the protagonist, Peter, who carries a secret that could destroy not only his life but also that of the people he loves most. I couldn't wait to continue the story every day. This historical fiction novel is beautifully crafted, suspenseful and an overall great read! I highly recommend it.
Read more
Report abuse
See all reviews
Back to top
Get to Know Us
Make Money with Us
Let Us Help You
And don't forget:
© 1996-2021, Amazon.com, Inc. or its affiliates