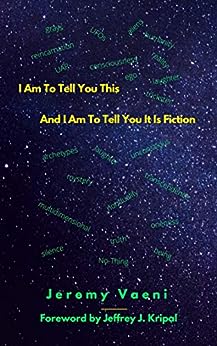 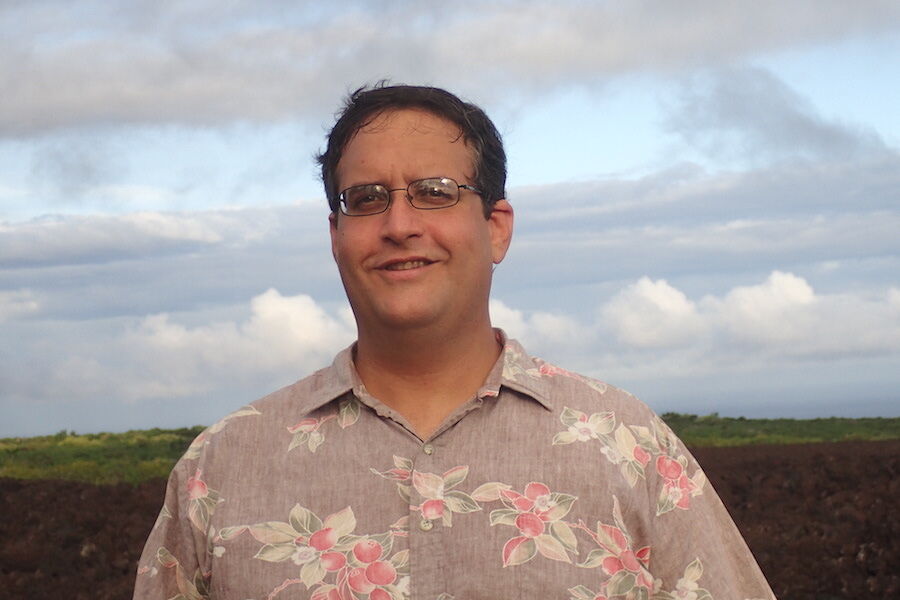 With his 2003 debut, I Know Why The Aliens Don't Land!, Amazon best-selling author Jeremy Vaeni redefined what an alien abductee sounded like. Not one to sit meekly in the shadows while some researcher told an audience what his bizarre experiences were, Jeremy offered the depth, humor, and raw honesty sorely lacking in ufology. Now, as he attempts to write its sequel, he can’t shake the feeling that he’s just going through the motions. Thankfully, there are deeper forces at work who don’t want him to write that book, anyway. They want him to write a better one. What emerges is a book unlike any you have ever read before.

I Am To Tell You This And I Am To Tell You It Is Fiction sets a new standard for what it means to think deeply about alien abductions, the multiverse, the afterlife, and the life we’re living now. And it does so wrapped in the author’s trademark, wildly inappropriate sense of humor.</P

Read more
Previous page
Next page
Due to its large file size, this book may take longer to download
Kindle Fire Tablets
Free Kindle Reading Apps
Available on these devices

Jeremy Vaeni is an author, filmmaker, talk show host, and father to 8 adorable ducks. He grew up in Massachusetts and now lives in Hawaii with his amazing wife, Carol, cat, Gracie, and... you guessed it... ducks. Together, they await the zombie apocalypse.

Brian
5.0 out of 5 stars A book of disquiet
Reviewed in the United States on 13 December 2020
Verified Purchase
Jeremy Vaeni's perspective is necessary. It acts as a countermeasure to both the entirely credulous and the outrightly dismissive points of view, and grapples with the phenomenon of the UFO (or whatever it is) from the stance of an experiencer, though one with an intellectual rigor, and enough time spent amidst the UFO community (whatever that is) to be anything but naive about the numerous conceptual sink-holes and interpersonal traps to be found within it. As a result, this may seem a work of rejection at times – rejection of the BS that the subject can so easily attract. At times, Vaeni is flailing out in pure anger. But it's a well-articulated anger that stems, I think, from the knowledge that something real and vitally important has happened, is happening, and is being badly misunderstood. Of course, the thing itself can't help but be misunderstood, and maybe kind of wants that. Which makes the subject of UFO contact (or whatever, etc.) awfully slippery, and awfully hard to articulate clearly, but also a matter of depth, which requires such rigor. And probably a degree of anger as well.

This book is a subjective statement from a particular point of view at a particular point in time. As such, it is not an all-encompassing statement, encyclopedically inclusive of the entirety of the phenomenon. It doesn't try to be; nothing can be. Perhaps as a result it can seem rather elliptical in its approach. But it bears the mark of personal experience, fundamental and honest questioning, and the employment of a vigilant, well-honed BS filter, tracing the spiritual consequences of the phenomenon (etc.), with humor, intelligence, and self-awareness.
Read more
4 people found this helpful
Report abuse

Brooke
5.0 out of 5 stars My First Book Review
Reviewed in the United States on 7 October 2020
Verified Purchase
I just finished this book. I devoured it! I'm so ADHD I haven’t been able to finish a book since quarantine so that's a real endorsement by my endocrine system. I really liked it, then I hated it, then it hated me (!!!), and finally a responsible narrator took over to drop some very deep knowledge bombs that are probably still headed for my core even now. I've been following Jeremy's work since the old Paratopia days and while we've had a lot of disagreements over the years it seems like we've ended up at the same conclusion when it comes to our pal, the universe.

If an enjoyable reading experience to you is watching a man build himself up, break it all down, and then show you the space in between spaces, well this might be the book for you.
Read more
5 people found this helpful
Report abuse

Zero Sum Input Output
3.0 out of 5 stars An American Introduction to Buddhism
Reviewed in the United States on 17 October 2020
Verified Purchase
"What is important? The past is past; the future is important.We are the creators. The future is in our hands. Even if we fail, no regrets. We have to make the effort . . . to contribute to others rather than to convert others. Motivated always by the altruistic bodhicitta, you in the West should be creative in adapting the timeless essence of the Dharma to your own cultural times and circumstances."
— His Holiness the Dalai Lama
Read more
One person found this helpful
Report abuse

Cosmic Librarian
5.0 out of 5 stars Funny you should ask...
Reviewed in the United States on 13 December 2020
Verified Purchase
I Am To Tell You This And I Am To Tell You It Is Fiction

Molly VanZant
2.0 out of 5 stars Lots of rambling and yelling
Reviewed in the United States on 8 April 2021
Verified Purchase
There's a lot of the author yelling at his imaginary audience about how stupid you are. Only a few pages were interesting. Also a lot of "ironic" misogyny and racism which is just as hurtful and gross as the real kind. Definitely recommend to pass on this book.
Read more
Report abuse
See all reviews
Back to top
Get to Know Us
Make Money with Us
Let Us Help You
And don't forget:
© 1996-2022, Amazon.com, Inc. or its affiliates