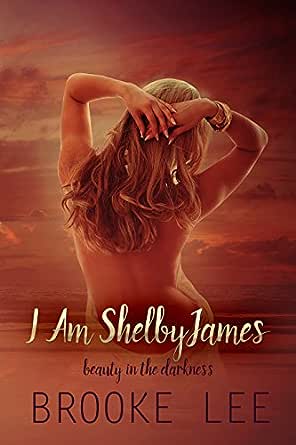 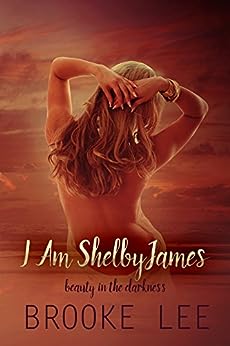 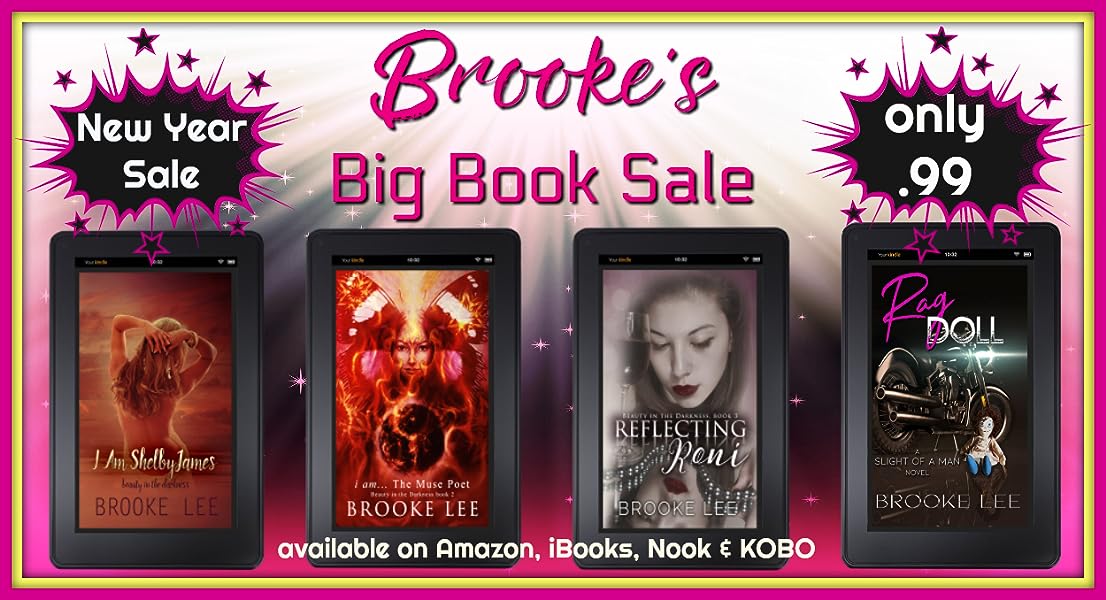 I Am ShelbyJames (Beauty in the Darkness Book 1) Kindle Edition

Growing up, Brooke's mother instilled a deep respect for the English language and a love of words. She taught Brooke to read and write and shared her appreciation for poetry. As a teen, poetry became an outlet for Brooke's innermost thoughts and deepest, often times darkest feelings. In school, teachers always told her "write what you know", so that is what she did. At the not so tender age of forty-three, she started to write her first novel, I Am ShelbyJames (Beauty in the Darkness) and it is what she knows-emotions. In her spare time-when she's not writing-you can find Brooke cuddled on the couch with her husband of 20+ years, their fur babies, and a good (often naughty) eBook-unless of course she's having cocktails with her Bestie at one of their favorite haunts. --This text refers to the paperback edition.

Mrs Brenda Henderson
4.0 out of 5 stars Enjoyable Read
Reviewed in the United Kingdom on 21 May 2017
Verified Purchase
Overall I enjoyed the the book and the authors writing style I loved Shelby and Riley, Roni not so much.
Although the story Came across that Shelby suffered with dark moods sometimes, I personally felt that Roni had a lot to do with that. Shelby knew her feelings towards Roni were deeper than they should have been for a friendship, whereas I felt Roni was using Shelby to experiment. I felt Roni really needed to grow up as if I hadn't read what age she was I would have thought she was still in her late teens early twenties. I loved the poetry that Shelby wrote and was happy that Riley came into her life and showed her that she did deserve to be loved and cherished as she was.
Read more
One person found this helpful
Report abuse

Tanya
5.0 out of 5 stars I Am ShelbyJames (Beauty in the Darkness Book 1)
Reviewed in the United States on 1 April 2016
Verified Purchase
I Am ShelbyJames by Brooke Lee is this authors debut Novel and it is hard to believe that this is her first book. I think she did a wonderful job in developing her characters. Shelby James is trying to find herself and trying to find her own happiness. Brooke Lee took us on Shelby’s journey to find happiness, love and satisfaction with her life.

Brooke requested me to listen to her book. Which I do on my Fire Kindle she wanted to know if there were any errors to be caught by listening. And, I didn’t hear anything that sounded out of the ordinary. But, what I did hear was how HOT this book is. I had to fan myself with my Kindle Fire a few times because I thought that both the Kindle and I were on Fire. Just kidding about everything being on fire. But, I Am ShelbyJames is spicy HOT so get ready!

Now this book probably isn’t for everyone there are quite a few sexual encounters in this book as well as some F/F scenes and a ménage a trois daydream that was smoking HOT!

Brooke Lee incorporates her own poetry throughout this book and I have every one of her poems highlighted because they are so beautiful.

I thoroughly enjoyed reading I Am ShelbyJames and I look forward to reading more from Brooke Lee. I think she proved to herself that she can write a book.

I received a complimentary copy of I Am ShelbyJames for an honest review and I give this smoking HOT book 5 stars. I will be buying this book for my collection as soon as it is released because I do believe she deserves a verified purchase stamped by Amazon on this review.
Read more
4 people found this helpful
Report abuse

Badass Lioness
4.0 out of 5 stars Poetry and Art; Bisexuality and Love
Reviewed in the United States on 27 April 2018
Verified Purchase
Bisexual love story of a 32 year old Shelby exploring sexually and romantically with her best friend, Roni, and a guy she recently met named Riley. She is anxious and prone to darkness and depression. Her muse allows her to voice her fears through her poetry and art. As she explores her sexual desires, she also finds that she is hoping for another chance to love someone, whether that is Roni or Riley or even both.

I enjoyed the poetry that felt less about rhymes and more about capturing what she was feeling in the moment. Her art was not typical, and her fears of not being good enough creatively rang true. I am curious as to where the story will go next and to read Roni's story.
Read more
One person found this helpful
Report abuse

Kathy Taylor
5.0 out of 5 stars Outstanding debut novel!
Reviewed in the United States on 4 April 2016
Verified Purchase
This is my first LGBTQ read. As I always do, I approached it with an open mind. It sparked my interest quickly. By the end of chapter 4, I knew I was going to love this story, and I was right. It just got better and better as I got to know each character. Shelby has moments of insecurity. Don't we all?! She makes the brave choice to give in to her desires and have a tryst with her best friend. Best friend isn't a strong enough title to describe the bond Shelby shares with Roni. After years of being propositioned, Roni finally says yes one night, while drunk. They both enjoy their night of pleasure (as did I), and the friendship appears unharmed.

A girls day finds Shelby and Roni shopping. In a sweet twist of fate, the girls meet guys who were friends, although not in recent contact. Riley and Shelby hit it off immediately. They decide to take things slowly. Well, she decides and he decides he wants her enough to take it at her pace. Their attempts at self restraint were quite fun to follow. I was amazed at her self control! Riley is the perfect mix of good looks, intelligence, humor and gentleness. He seemed at times to begin showing his dominance, in a very subtle way. I'll be interested to see if I'm correct about that in the sequel I'm praying will follow.

Shelby isn't sure if she will have to pick between Riley and Roni. A past love had expected her to turn her back on her sexuality and not be with women. Shelby wondered if Riley would expect her to make that same choice. Holding back with Roni threatens to strain Shelby's relationship with her BFF. But, nobody throws away 20+ years of friendship and love without talking it out. The women are able to understand each other better and their friendship appears to survive this change in status.

Brooke Lee shined bright in her debut novel. A bonus for the reader is several beautiful examples of Brooke's poetry. The characters are well developed. The story flows beautifully. It's romantic, yet not overly sweet. There is just enough drama to keep it interesting, but not angst filled. I found it hard to put down, and I definitely will read future installments in this series.
Read more
One person found this helpful
Report abuse

Barb (Paging Through The Days)
5.0 out of 5 stars A Great Read!!
Reviewed in the United States on 12 July 2017
Verified Purchase
*review copy gifted by author*

This is not my normal genre to read. Erotica is "over my head" but I have to say that I was hooked from page 1. This book has every shade of emotion and a few I didn't know could be brought through the pages of a book.

ShelbyJames is a broken girl who is looking for love, even if she doesn't see that at first. Her best friend Roni is always there for her and not let me tel you... those two are really hot together. They're the perfect balance. They both get to love, laugh and love, each other but them their lives take a turn to the men in their lives. That doesn't stop the love these two share. Nope. If nothing else it makes it grow in a different way.

Riley, Shelby's hunky man (who I winged to choke a few times, I mean, he's a man, he deserved it!) is a man that every woman wants. He's caring, attentive and very, very sweet!

I truly loved this story, even if it was out of my normal comfort zone. I have Brooke to thank for that. She teased me with a blurb I could not say no too!
Read more
Report abuse
See all reviews
Get FREE delivery with Amazon Prime
Prime members enjoy FREE Delivery and exclusive access to movies, TV shows, music, Kindle e-books, Twitch Prime, and more.
> Get Started
Back to top
Get to Know Us
Make Money with Us
Let Us Help You
And don't forget:
© 1996-2020, Amazon.com, Inc. or its affiliates