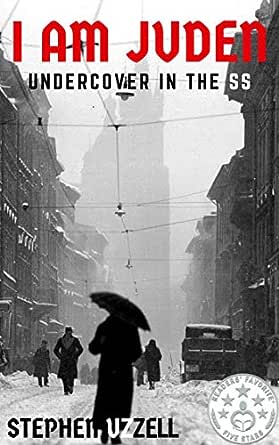 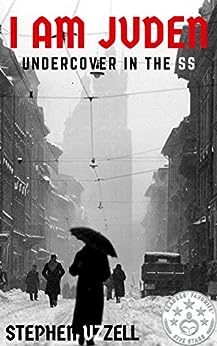 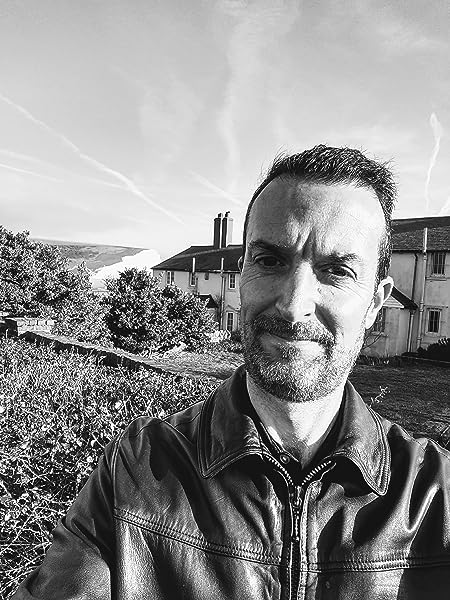 I Am Juden: Undercover in the SS (Revised & Fully Updated) Kindle Edition

4.5 out of 5 stars
4.5 out of 5
167 global ratings
How are ratings calculated?
To calculate the overall star rating and percentage breakdown by star, we don’t use a simple average. Instead, our system considers things like how recent a review is and if the reviewer bought the item on Amazon. It also analyses reviews to verify trustworthiness.

Linda Pollitt
2.0 out of 5 stars Left me feeling cheated
Reviewed in the United Kingdom on 29 June 2019
Verified Purchase
Mr Uzell has certainly done his research and has written from the heart. However his manuscript would benefit from a thorough proof reading. There are irritating grammatical errors on almost every page which detracted from the story. Not only mistakes in grammar but the misuse of words which, sadly, robbed the book of gravitas. I made a note of all of these and here are a few examples. Page 219 the use of 'spurred' instead 'spurned'. Page 286 'uncircumscribed' instead of 'uncircumcised'. Page 344 'deportment' instead of 'deportation'. Page 372 'way on my conscience' instead of 'weigh'. Then there are anomalies such as on p 74 '...Ronen...started to cross himself...' Hang on, Ronen is a Jew, why would he be crossing himself? There are so many errors like this but no room to mention them all here. However, a simple Google check would have told the author that Amon Goeth's name doesn't have an 'e' on the end. Goethe is the name of the German writer and poet, not the commandant of Plaszow.
Despite all this I would still have given the book 4 stars as it kept me turning the pages...until the last two chapters which were confusing and infuriating. I invested a week of my time on reading this book only to be left with a gigantic question mark in my head. The worst ending ever. It made no sense at all and left me feeling cheated. The 2 stars I've given it are because I think the author's heart is in the right place but goodness knows where his head is. I'm so disappointed.
Read more
18 people found this helpful
Report abuse

Katheryn Worrall
5.0 out of 5 stars Truly page turning
Reviewed in the United Kingdom on 11 May 2019
Verified Purchase
I want to thank the author for giving me an amazing , sad , funny and thrilling read.
You really did your research too.
This book was for me because I have read and researched the Holocaust for many years usually reading only factual books on the subject .
I started my journey with the survivors when I was 16 I am now 54 yet still have not read all the survival stories.
Again I thank you .
Shalom my friend Shalom
Read more
11 people found this helpful
Report abuse

sally jeffrey
5.0 out of 5 stars Brilliant read!
Reviewed in the United Kingdom on 5 April 2019
Verified Purchase
This is a fantastic read. I felt the Author must have put an awful lot of effort into the research. Having visited Auschwitz myself I was drawn to read this book. You feel you really get to know Josef/Harry and you are on the edge of your seat throughout the book hoping he is not going to be found out! An incredibly well written book, I will certainly look forward to reading the Authors next book.
Read more
14 people found this helpful
Report abuse

Mr G. Corlett
5.0 out of 5 stars Brilliant!
Reviewed in the United Kingdom on 20 February 2019
Verified Purchase
I am Juden, is a really interesting read. I was very drawn to the topic, about a Jewish undercover agent working for the Nazis in World War 2, and hearing it is based on a true story made me even more intrigued to read this book. It’s funny, sad, tense and feels like Suite Francaise and Defiance for the way it deals with espionage and moral grey zones. I really loved it, it has some scenes that stay with you long after you read them, some to cry at and others that will make you laugh out loud. I loved this book!
Read more
8 people found this helpful
Report abuse

Bookish_hound
5.0 out of 5 stars A gripping, page-turner. Absolutely must read
Reviewed in the United Kingdom on 27 April 2019
Verified Purchase
I love it! As a person, who doesn't read books based around facts on the whole, I was surprised how engrossed I became by the story-line .I found I had a compulsion to keep turning the page.

Both the characters and descriptions were vivid and I loved the variety of language. You can clearly see that the writer has done his research and he has presented it in a way that makes an otherwise boring subject, thoroughly interesting.

This shows what truly great imagination can achieve, the parts he created with minimal to no information fit the subject matter really well and helped to bring the rest of the story to life. This is an absolute must read and I look forward to seeing the next masterpiece this author invents.
Read more
3 people found this helpful
Report abuse
See all reviews
Get FREE delivery with Amazon Prime
Prime members enjoy FREE Delivery and exclusive access to movies, TV shows, music, Kindle e-books, Twitch Prime, and more.
> Get Started
Back to top
Get to Know Us
Make Money with Us
Let Us Help You
And don't forget:
© 1996-2020, Amazon.com, Inc. or its affiliates