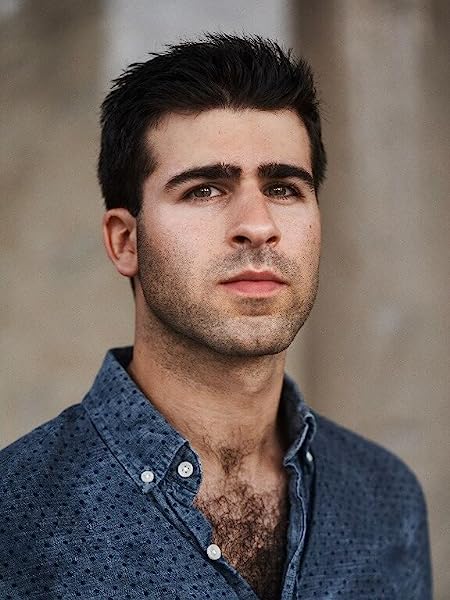 by Andrew Ridker (Author)
4.0 out of 5 stars 78 ratings
See all formats and editions
Sorry, there was a problem loading this page. Try again.

A whip-smart, wickedly funny and psychologically acute novel about the cost of doing good. The finale... hits the sweet spot between hilarity and pathos with particularly excruciating precision, but there’s something to impress on every page. ― Daily Mail

Reading Andrew Ridker’s debut novel, you soon realise you’re in the presence of a new talent... It’s a novel about hypocrisy; about how complex power structures make hypocrites of us all, and about why it’s important to accept that and love one another anyway… Ridker writes in crisp, sometimes side-splitting prose. ― The Times

[A] smart novel with an impressive balance between satire and heart. ― Sunday Times

Andrew Ridker was born in 1991. His writing has appeared in The New York Times Magazine, The Paris Review Daily, Guernica, Boston Review, The Believer and St. Louis Magazine, and he is the editor of Privacy Policy- The Anthology of Surveillance Poetics. He is the recipient of an Iowa Arts Fellowship from the Iowa Writers' Workshop. The Altruists is his first novel.
Read more
Start reading The Altruists on your Kindle in under a minute.

Andrew Ridker's first novel, The Altruists, was published in eighteen countries. The Altruists was a New York Times Editors’ Choice, a Paris Review staff pick, an Amazon Editors’ Pick, and the People Book of the Week. It won the Friends of American Writers Award and was longlisted for the Prix du Meilleur livre étranger and the Yasnaya Polyana Literary Prize. He is the editor of Privacy Policy: The Anthology of Surveillance Poetics and his writing has appeared in The New York Times, Le Monde, Bookforum, The Paris Review Daily, Guernica, Boston Review, and elsewhere He is a graduate of the Iowa Writers' Workshop.

4.0 out of 5 stars
4 out of 5
78 global ratings
How are ratings calculated?
To calculate the overall star rating and percentage breakdown by star, we don’t use a simple average. Instead, our system considers things like how recent a review is and if the reviewer bought the item on Amazon. It also analyses reviews to verify trustworthiness.

Amazon Kunde
5.0 out of 5 stars Could not put it down, highly recommand
Reviewed in the United Kingdom on 14 April 2019
Verified Purchase
True, the characters are not very likeable, but we all know people with those characteristics. Everybody can relate
one way or the other. We all know somebody , who lacks discipline and wastes money out of boredom. We know those militant dogooders and weak husbands.
The Altruist is very well writen and never boring. I hope to read another Ridker in the future.
Read more
Report abuse

gammyjill
5.0 out of 5 stars Beautifully written first novel...
Reviewed in the United States on 10 March 2019
Verified Purchase
I'd never seen the noun "altruist" before reading the new novel, "The Altruists" by Andrew Ridker. According to the on-line dictionary, the word means "an unselfish person whose actions show concern for the welfare of others". That meaning seems to be the one Ridker is going for in telling the story of the Alter family of St Louis. Francine and Arthur are the parents, Ethan and Maggie are the grown children, and by the time the story opens, Francine has died of breast cancer and the other three family members are at extreme odds with each other. Each is mourning their loss alone and cannot comfort each other. The plot of the book is the weekend homecoming of the two children - each of whom had fled to New York City after their mother's death two years earlier. Their father asks them to return to St Louis to discuss their lives going forward. (The father also wants to ask them for money they received in their mother's will, that he did NOT receive.)

There've been many novels and memoirs that cover adult-families-in-crisis. I recently read a novel called "Holy Lands", by British author Amanda Sthers, which covers the same territory but not as well. Ridker's characters are - for the most part - very well drawn. (I think the daughter - Maggie - is a bit of a caricature of the lost post-college girl, roaming around New York City, trying to "find herself"). Most of the story is set in St Louis, where the family had moved from Boston in the mid-1990's when Arthur Alter, a professor, was given a temporary job at "Danforth University". He assumed the job would turn into tenure-track, but it never did. As the years passed, his teaching load was reduced, as was his income and Francine really supported the family with her psychologist practice. (By the way, "Danforth University" seems to be Washington University. Ridker changes the name of the university but keeps all the St Louis and University City landmarks under their right names).

But life in St Louis doesn't go well for the family. They are unable to function as a family long before Francine's death. I pictured them as solos, wandering around their large house, never coming to terms with themselves, or each other. All wounded in their own way. (Picture a family of Jewish "Royal Tennenbaums" and you'll get what Andrew Ridker is trying to draw here).

But the family members - particularly the kids - are aware enough to want to help others in the world. Even father Arthur had tried to better society by going to Zimbabwe as a young man to make "clean latrines" for villagers. And this is where "altruists" shows up in the book, because the Alters may not know their own place in their own world, but are honestly trying to do things to help others outside it. Maybe the Hebrew expression "tikkun olam" is the verb of the noun "altruist" as they're very similar in meaning.

Andrew Ridker has written a beautiful book about a family that the reader can really root for. The ending of the book is a bit strange, but is actually what it should be. I really can recommend "The Altruists".
Read more
28 people found this helpful
Report abuse

Jonker
3.0 out of 5 stars Another baby Franzen
Reviewed in the United States on 24 March 2019
Verified Purchase
More like 2.3 stars.
The Children of Franzen thing is starting to grow rather long in the tooth, including its Jewish-America permutations.
This book layers on a mocking, superior Millennial perspective that I often found obnoxious.
There were a few decent gags and Ridker is a good wordsmith so I'm not totally panning this, but I am dropping my copy at the charity shop.
Read more
21 people found this helpful
Report abuse

Brett Mead
5.0 out of 5 stars Hilarious and moving
Reviewed in the United States on 6 March 2019
Verified Purchase
A deeply moving, relatable, and real story shot through with world-class satire; can think of few books that so seamlessly accomplish this feat. Also doesn't hurt that, on a sentence to sentence level, it's phenomenally well-written. One of my favorite reads of the last few years; don't miss out.
Read more
20 people found this helpful
Report abuse

Adam L. Rosen
3.0 out of 5 stars I guess it's worth reading...
Reviewed in the United States on 11 May 2019
Verified Purchase
I don't know how to review this book. I finished it, felt compelled to finish it. Those are good signs. I felt it was well written. There were no redeemable characters in this novel. I don't need things wrapped up in a a bow, but this " story" felt like a waste of what is clearly real talent on the part of this author. Flaws are human, they are interesting, however every character in this book was unlikable. They were exhausting, I guess that was maybe the point. I would read another book by the author though.
Read more
8 people found this helpful
Report abuse
See all reviews
Back to top
Get to Know Us
Make Money with Us
Let Us Help You
And don't forget:
© 1996-2021, Amazon.com, Inc. or its affiliates