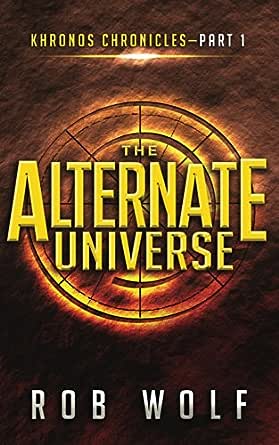 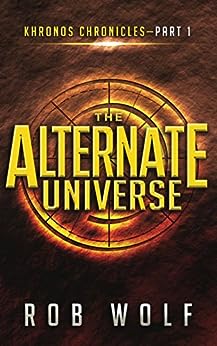 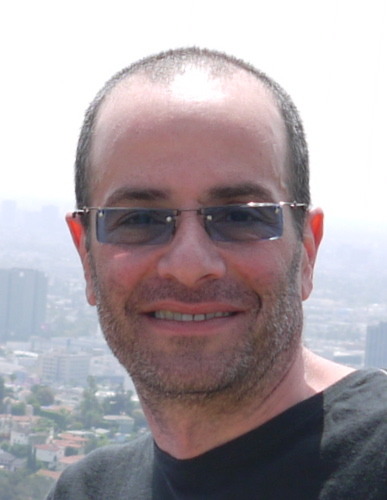 Rob Wolf is the author of The Alternate Universe and The Escape, the first two books in the Khronos Chronicles. Wolf's writing has appeared in numerous publications, from The New York Times to the literary journal Thema, and his work has been singled out for excellence by the New York Public Library, The Missouri Review, and the National Council on Crime and Delinquency. He lives in New York City. You can find out more about him at www.robwolf.net and http: //robwolfbooks.blogspot.com/. --This text refers to the paperback edition.

Alan lenoble
5.0 out of 5 stars My only criticism is there isn't more to read
Reviewed in the United States on 23 March 2019
Verified Purchase
The Alternate Universe and The Escape grabbed me from the very beginning. It's the characters and there relationships that I cared most about. Rob Wolf introduced me to new and interesting characters, like Claude and Carolien, the lead young protagonists. I found myself caring about them, and I hope to see them again soon in the third book of the series. The books are perfect for young adults and more mature adults as well. There's something in it for everyone, and the messages about friendship, relationships (gay and straight), marriages, father and son, etc. are universal. It is interesting to see how Wolf creates an alternate United States by combining futuristic advanced technology (like robots) with old fashioned technology (for instance, everyone uses horses instead of cars). Unexpected details in Wolf's future such as the horses are well explained as I continued reading. There are twists along the journey. I always try guessing whats next. But usually I can't guess correctly and Rob Wolf's words were better than my guesses.
Read more
Report abuse

muffiemae
1.0 out of 5 stars Cliffhanger ending!
Reviewed in the United States on 5 July 2019
Verified Purchase
Neither the description nor the few reviews (which must have been by friends/family) reveal that this has a cliffhanger ending! It is dishonest of the author not to reveal this. I would have given the book a 5-star rating if it had been complete. At the "end" I felt cheated, and it has soured me on reading any more books by this author.

And please, don't tell me it is revealed when advertised as "Book 1." Many books in a series are complete in each one.

Misha Thomas
5.0 out of 5 stars Excellent Book!
Reviewed in the United States on 11 April 2016
Verified Purchase
The discovery of a secretly completed time machine sets in motion a challenge between a greedy corporate take over versus the only good that can save the world: human curiosity and virtuous friendship.

Rob Wolf’s The Alternate Universe tells this wonderful young adult sci fi adventure through the dynamic characters of Claude and his best friend Carolien, whose wit and relationships collide with this mind-blowing question. What is the relationship between an American slave family of the past to its surviving social and cultural progeny – stuck in a present alternate universe?

As I swung high into the climax of this enthralling and fast-paced sci fi novel, I found myself literally talking back to the page and yelling at the characters what to do, as if watching an action movie-thriller in the privacy of my own home. Only, I was on a packed transcontinental flight upon which several interrupted passengers inquired about this highly recommended book.

The brilliant philosophical roots of the narrative are not limited to science and the metaphysical, as one might expect from sci fi, but rather unfolds with the tantalizing fun of math, puzzles, history, economics, social studies, word plays, slang, irony, and even some camp.

It is apropos that Wolf frames the plot within the Greek kronos, with its poetic and subliminal nod to Plato and Aristotle: is truth right here or somehow beyond?

The story is not actually about race and sexual orientation at all. And, yet, there is the almost stunning normalization of a composed world that does not blink too rapidly at the exquisitely tasteful scene of the first teenage kiss between two boys. And you will not find any cheap smut in this scene at all. Instead we find a universal lure to vulnerability and intimacy outlined by the male quest to connect through competition and a bit of tenderness. In a splendid scene set in the midst of a brewing storm, the amorous couple chase down a woman’s hat blown off her head by the winds. After finding the hat but losing the woman, the boys race via horses back to the shelter where a kiss, in this world, is just a kiss, glorious and universal. Between the horse race and the kiss, though, a dialogue ensues which proves that boys are not just sexual, but rather complex, mathematical, athletic, nerdy, and reflective beings.

As for ethnicity and race, gay white Claude is best friends with the fabulous female black Carolien, who gets to embody the refreshing fact that her blackness gets to alternate between meaning everything and nothing special at all.

The Alternate Universe is entertaining and empowering. I absolutely loved and enjoyed this book for the sheer pleasure of a good plot, brilliant characters, and stimulating complexity. It shows how to write good fiction, integrate learning, but most importantly, what the confident assertion of self-trust and good friendship can make possible.
Read more
One person found this helpful
Report abuse

Lisa Smith
5.0 out of 5 stars Wonderfully imaginative and exciting!
Reviewed in the United States on 26 July 2014
Verified Purchase
Rob Wolf has created a future world and a story that kept me turning pages. I was drawn in from the beginning by this new world and the very modern young adults who race through it in this tale of intrigue and time travel. The characters are compelling, fun to follow throughout their journey of discovery. There were surprises all along the way. Terrific read for everyone, not just fans of YA, time travel and science fiction. Can't wait to read the sequel!
Read more
Report abuse

Leslie Wolf
5.0 out of 5 stars Really enjoyed it!
Reviewed in the United States on 3 August 2014
Verified Purchase
Generally, not a big fan of the science fiction/fantasy genre, but Alternative Universe kept me engaged, wanting to know how the plot and various relationships were going to unfold. Fun, suspenseful, with touches of political and social commentary. The inclusion of a gay teen protagonist also makes the story especially contemporary, relevant and refreshing. Part 2 of this series is already on my must-read list!
Read more
Report abuse
See all reviews
Get FREE delivery with Amazon Prime
Prime members enjoy FREE Delivery and exclusive access to movies, TV shows, music, Kindle e-books, Twitch Prime, and more.
> Get Started
Back to top
Get to Know Us
Make Money with Us
Let Us Help You
And don't forget:
© 1996-2021, Amazon.com, Inc. or its affiliates