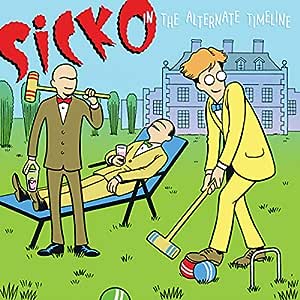 In The Alternate Timeline

The first release from the Seattle giants in 20 years! If there was any justice, Sicko woulda been just as popular as all those huge punk bands that emerged in the 1990's.While much of the west coast stuff that dominated the scene was macho and bedecked with wallet chains, Sicko were contemporaries with classy bands like MTX, Jawbreaker, and J-Church.After four albums, the band dissolved in 1998 and, true to form, the members went on to pursue tech careers and attend Oxford.But now, the label have put together a collection/anthology to remind young pop-punks how it's done.