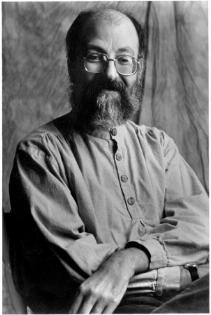 3.0 out of 5 stars
3 out of 5
6 global ratings
How are ratings calculated?
To calculate the overall star rating and percentage breakdown by star, we don’t use a simple average. Instead, our system considers things like how recent a review is and if the reviewer bought the item on Amazon. It also analyses reviews to verify trustworthiness.

A. Ross
2.0 out of 5 stars 4 or 5 out of 16 ain't good...
Reviewed in the United States on 10 July 2001
Verified Purchase
This collection of 16 short stories was profoundly disappointing, if only because I expect better from something with Turtledove's name on it. There is a certain expectation when reading alternate history that either the the events and/or people being tinkered with are so familiar that they need no introduction, or that a small introduction will be given to set up the story (not to mention maps). Unfortunately that was not the case here, as a number of the stories used rather obscure incidents and people as their basis, and there was no corresponding supplementary material. It also doesn't help expectations when the jacket copy is about scenarios that aren't in the book. Add some rather tepid writing in a number of cases, and the book got rather tedious.
If you're going to borrow it, there are a few stories worth checking out. Lillian Carl's "The Test of Gold," focusing on the Romans vs. Boadica, was one of the better stories, albeit somewhat roughly told via the memoirs of an old Roman. S.M. Stirling's, "The Charge of Lee's Light Brigade," has a somewhat interesting premise at least: that Gen. Lee of Civil War fame, instead fights with C.S.A. along with other British forces at Balaclava in a very different Charge of the Light Brigade. Somewhat slyly, Stirling seems to have inserted George MacDonald Fraser's legendary scoundrel and rouge "Flashman" in the story as an homage to the great Scottish writer, which works rather well as Flashman does campaign there in "Flashman at the Charge." Another of the best stories is William Sanders' "Billy Mitchell's Overt Act," in which a military aviation pioneer manages to thwart the attack on Pearl Harbor. Told as a series of excerpts from books, interviews, and testimony, he manages to weave a very engaging tale. The final story, R.M. Meluch's "Vati" is probably the best of the bunch, showing what might have happened had a more imaginative and forceful man taken over German air operations and sped up production of jet aircraft, thus preventing D-Day. It's something the Germans did manage to do at the end of the war, but by then was too little, too late.
As for the rest: "Tradition," by Elizabeth Moon (who's "Deed of Paksenarrion" trilogy I love), suffers from an unknown main character, British WWI Rear Admiral Cradock, a slightly obscure setting, the Mediterranean (more interestingly treated in the historical fiction of John Biggins), and the need to have detailed maps at hand to follow the action. Brad Linaweaver's rather silly "And to the Republic For Which It Stands" imagines an alternate Caesar. Lois Tilton's "The Craft of War" is annoyingly written as a dialogue between Socrates and a student about Sun Tzu's "The Art of War." Jody Nye's "Queen of the Amazons" is a terrible Crusader piece fortunately followed by a competent as usual WWII piece by editor Turtledove. Unfortunately, one then segues into an utter piece of dreck, Esther Friesner's "An Old Man's Summer" featuring the rambling reminisces of a dying Eisenhower. Bill Fawcett's "The Last Crusader" establishes the fun premise of Napoleon as a Cardinal, but doesn't take it anywhere. Even though it didn't particularly engage me, Janet Berliner's "A Case For Justice" is worth mentioning for taking as it's subject, the South African leader Jan Smuts. William Forstchen's "A Hard Day For Mother" folds a cliché "brother vs. brother" Civil War tale into the battle for Round Top Hill at Gettysburg. David Weber's "The Captain From Kirkbeam" is the first of two seafaring stories, his being about a commander trying to blockade French ships from sailing into the Chesapeake Bay during the War for Independence. "Vive L'Amiral," by John Mina imagines Nelson as fighting on the French side, rather than the British, with rather different results, of course. Brian Thomsen's "Bloodstained Ground," is a rather cheezy and weak attempt to show a drunken Samuel Clemens uncovering the hidden truth about "President" Custer and what really happened at Little Big Horn.
So, maybe four or five stories worth reading all told, mixed in with a few more interesting premises, and a lot of bad and just plain boring ones. You're better off checking out Robert Cowley's "What If?: The World's Foremost Military Historians Imagine What Might Have Been."
Read more
11 people found this helpful
Report abuse

M. Broderick
4.0 out of 5 stars Good, but not great
Reviewed in the United States on 30 September 1998
Verified Purchase
The book delivers what it says it does. Some of the stories have interesting notions, but don't really do anything spectacular with them. The book would have been improved if the editors had included an afterword on each story discussing how the incident described in the story was different from the real world, and (if applicable) why that's important. Some of the historical episodes, such as Bodicca's revolt against the Romans, and the flight of the Goeben and Breslau in World War I, are rather obscure. The voyage of the Goeben, for example, was literally a crucial episode in world history, but most people are not World War I buffs and won't understand this, and how important the alternative resolution in this story was.
Read more
One person found this helpful
Report abuse

Basil Argyros
4.0 out of 5 stars Bats around 500
Reviewed in the United States on 15 October 1999
Verified Purchase
As the summary suggests, I liked 8 of the 16 stories. "A Hard Day for Mother" alone rewards the price of admission.
One caution: this is a book for history buffs. Those with minimal historical preparation and/or background will find several of the stories hard to follow.
Read more
7 people found this helpful
Report abuse

Jim Huber
2.0 out of 5 stars Not all that good.
Reviewed in the United States on 14 January 2013
Verified Purchase
I rather doubt this is true Turtledove. It is a jumbled mess with no real cohesion. Noth worth messing with.
Read more
Report abuse

Joseph F. Greenwich
4.0 out of 5 stars great alternate history
Reviewed in the United States on 12 November 2007
Verified Purchase
I've read a lot of books by Harry Turtledove. I enjoyed all his alternate history books. They are a must read for any history fan.
Read more
Report abuse
See all reviews
Back to top
Get to Know Us
Make Money with Us
Let Us Help You
And don't forget:
© 1996-2021, Amazon.com, Inc. or its affiliates