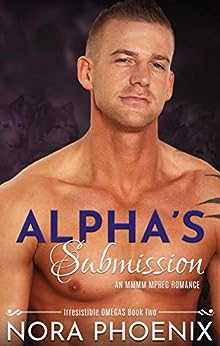 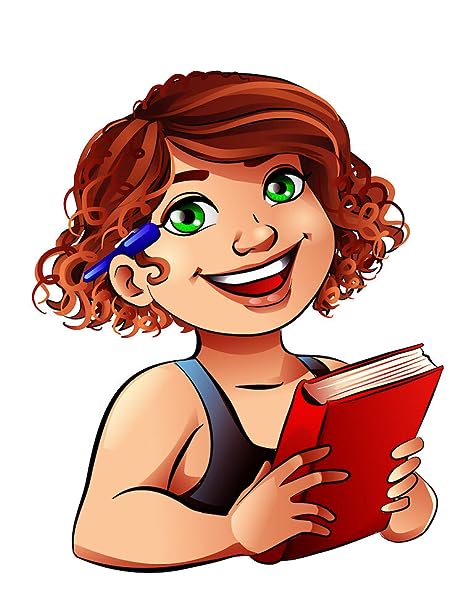 4.7 out of 5 stars
4.7 out of 5
58 global ratings
How are ratings calculated?
To calculate the overall star rating and percentage breakdown by star, we don’t use a simple average. Instead, our system considers things like how recent a review is and if the reviewer bought the item on Amazon. It also analyses reviews to verify trustworthiness.

Charleyrose
TOP 500 REVIEWER
5.0 out of 5 stars If your a fan of Nora Phoenix, you'll love this new series.
Reviewed in Australia on 27 May 2018
Alpha's submission continued immediately after Alpha's Sacrifice. Lidon, Enar, Palani and Vieno are navigating their newly expanded relationship, while a lot things are taking place: like the renewing of Lidon's family ranch, Palani's on-going investigation into the evolving health problems for male Omega's that seem to tie into the mysterious activities of the drug company responsible for Excellon and X23, as well as the corruption within the white collar crime unit.

As you've come to expect with any Nora Phoenix novel, the world building is well fleshed and modern, it was clear from the first book that despite the setting being present there are still social issues which plague society. Such as everything being geared in the favour of Alpha's everywhere, Omega's have little rights and Beta's were nothing more than the working class. Even our heroes for all their fabulousness weren't free and clear, they had a range of individual issues, ranging from Domestic Violence, sexual assault, economic, self-esteem and daddy problems, add in a slightly incestuous relationship between Enar's family members and this novel made for riveting reading.

If your a fan of the No Shame series, which also explored polyamory relationships, your going to love this new series. Alpha's Sacrifice and Alpha's Submission definitely explored the dynamics of poly relationships in a positive way. Ms Phoenix took a typical Alpha/Omega world and notched it another level when she explored the social dynamics that changed when Enar's became true to himself and openly acknowledged that he was less Alpha and more Beta. Even with the ongoing mystery aside, Enar's emotional struggle was touching to read and elevated the book from your average non-shifter romance to something different. And as you've comer to expect with Mr Phoenix, there were a lot of smoking hot sexy times, as the men forged deep bonds with each other.

Hopefully there is a new book to come out, there are plenty of supporting cast, all who look to be very interesting men, especially Grayson, and Bray who were stand out characters.

This series is highly recommended for any lover of Alpha and Omega ( non-shifter at this time ) world.
Read more
One person found this helpful
Helpful
Report abuse

TABellmond
5.0 out of 5 stars Still #teamEnar
Reviewed in Australia on 25 May 2018
I fell in love with these four gorgeous men in Alpha's Sacrifice and have been waiting (not so) patiently to see how things were going to play out after the cliffhanger ending. I'm pleased to say that I want disappointed. Not only is the four-way intimacy handled brilliantly, but the ongoing genetic and historical mystery plotline has been developed deliciously. There's so much still to come with this storyline and I know that this author will give readers an amazing ride as she brings together new relationships and the big picture.
Read more
Helpful
Report abuse

Tracey
5.0 out of 5 stars Love the Mystery
Reviewed in Australia on 9 November 2018
I’m loving this series, the conspiracy going on in the background keeps you intrigued even as you watch the characters and their stories evolve. Onto Book 3 :-)
Read more
Helpful
Report abuse

JES
5.0 out of 5 stars Romance and intrique
Reviewed in the United Kingdom on 30 September 2018
Verified Purchase
Well. I did wonder how the dynamics of these four men were going to work and now I know.
This follows straight on from the first book and doesn't hang about with the storyline. Thank goodness.
I like the way the reader gets to see some of how each of the MC's feel and it doesn't just focus on one characters viewpoint, as so much would be missed and there is a lot going on.
The blurb tells it all really. I enjoyed seeing their relationships progress, the building of their pack and the further investigation into the conspiracy that's going on and how it affects them all. I'm looking forward to finding out where the author is going to take this as I like the main men (Palani being my favourite, Enar my least and not because of his identity crisis) and there are some interesting secondary characters in there too.
Off to read the next one now and the focus is on a different set of men who no doubt will have their own set of problems.
Recommended
Read more
Report abuse

Mrs jsm
5.0 out of 5 stars This book is everything I’d hoped for and then some. A must read series.
Reviewed in the United Kingdom on 26 May 2018
Verified Purchase
This is the sequel to Alpa’s Sacrifice which if you haven’t read...why not ! Some may be turned off by the m/m/m/m label but these books are so much more. The story covers the 4 mcs developing relationship, partucularly Enar’s struggle with his own position in the relationship and identity. More than though Nora Phoenix is crafting a unique universe where Omniverse and shifter laws merge. I cannot wait for the series to continue, new character story lines develop and to see a whole new history created. Wonderful writing.
Read more
One person found this helpful
Report abuse

Carla Hamilton
5.0 out of 5 stars I loved it!!
Reviewed in the United Kingdom on 14 June 2018
Verified Purchase
Words can not describe how much I love this series!! I love everything about it and I really hope the next book includes P.O.V's from others, such as, Grayson and the stuff that was mentioned about him at the end of this book because I'd love to find out first hand how all that goes down. Also, I'm so glad Veino mentioned Grayson for Enar's "predicament" it's who I hoped they would choose and I can't wait to read more about it.
Read more
One person found this helpful
Report abuse

Kindle Customer
5.0 out of 5 stars Amazing!!!!
Reviewed in the United Kingdom on 31 May 2018
Verified Purchase
If I could give Alphas Submission more than 5 stars I would. I absolutely loved it. The dynamics between these 4 men is perfect and I’m loving the way the story is going with Palani’s investigation into the Melloni gene. I tried to read it slow to make it last but I was completely hooked and so invested in the characters that I found it really difficult to put down. Nora is a relatively new author to me but after reading the first two books in this series, I can’t wait to read more. If you love mpreg, I highly recommend this series.
Read more
Report abuse
See all reviews
Back to top
Get to Know Us
Make Money with Us
Let Us Help You
And don't forget:
© 1996-2021, Amazon.com, Inc. or its affiliates