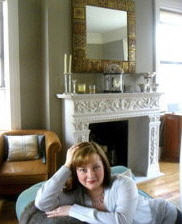 Alphabet Weekends: Love on the Road from A to Z Paperback – Illustrated, 23 January 2007

Elizabeth Noble is the author of the internationally bestselling novels The Reading Group, The Friendship Test, and Alphabet Weekends. She lives with her husband and their two daughters in New York City.

4.0 out of 5 stars
4 out of 5
14 global ratings
How are ratings calculated?
To calculate the overall star rating and percentage breakdown by star, we don’t use a simple average. Instead, our system considers things like how recent a review is and if the reviewer bought the item on Amazon. It also analyses reviews to verify trustworthiness.

Amanda
4.0 out of 5 stars Very sweet, nice premise, good read!
Reviewed in the United States on 4 August 2008
Verified Purchase
I ordered this book on Amazon, slightly wary because of all the reviews that deemed it confusing or a waste of time. However, once I began reading, it was so hard to put down! I found myself really rooting for the underdog, and really hoping for the outcome I wanted, all the while imagining what I would have done in each of the characters' positions. It was definitely a fun read and I would absolutely recommend it!

The only two things that bothered me: the first is that there were quite a few names to keep straight, I will admit. About halfway through the book there were still people who I wasn't sure I actually knew who they were, but the main characters are really the ones that kept me reading and all the names didn't really make much of a difference. Second, if you're not British, a lot of the slang will probably be lost on you. Many many times I didn't have a clue what they were talking about, but used my best judgement and mostly skipped over it and hoped it wasn't important (in the end, it wasn't really).

So, with those things in mind, if you're still interested, I can assure you that you will love it, just as I did!
Read more
One person found this helpful
Report abuse

Allenfarm
4.0 out of 5 stars Three interconnecting stories
Reviewed in the United States on 20 June 2014
Verified Purchase
The couples alternate stories in this book. Natalie and Tom-best friends on a 26-letter adventure. Lucy and Patrick (Tom's brother) - dealing with infidelity. And Anna and Nicholas (Nat' s parents)-dealing with getting older. Nat was a bit immature for her age Ithought. And Lucy was hard to like. So it took me a while to get into it but I liked it towards the end. The story came together nicely.
Read more
Report abuse

JLM
5.0 out of 5 stars Very clever and funny.
Reviewed in the United States on 14 April 2015
Verified Purchase
Once again Elizabeth Noble has done a great job. I knew what the end would be but wouldn't think about not reading the entire story. Her creativeness with the alphabet was very clever. I had to look up the definition of the letter A.
Read more
Report abuse

Bonnie
2.0 out of 5 stars Not a good read for me!
Reviewed in the United States on 15 March 2013
Verified Purchase
Even though I wasn't enjoying the book, I did read it to the end. I kept hoping it would get better and more interesting and no matter how bad a book is, I finish it. There were several words in the book that I did not have a clue what they meant! It was a disappointing book for me.
Read more
Report abuse