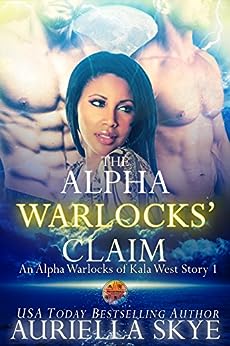 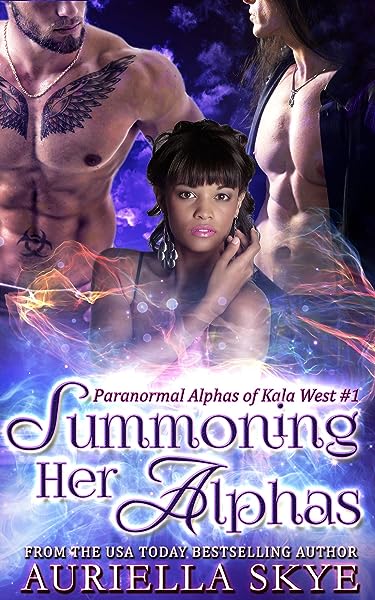 4.0 out of 5 stars
4 out of 5
179 global ratings
How are ratings calculated?
To calculate the overall star rating and percentage breakdown by star, we don’t use a simple average. Instead, our system considers things like how recent a review is and if the reviewer bought the item on Amazon. It also analyses reviews to verify trustworthiness.

Caroline
5.0 out of 5 stars Quick, naughty read!
Reviewed in the United Kingdom on 21 May 2016
Verified Purchase
A quick fun read exploring a world of magic, not to mention two hot men, hot on the heels of the woman of their dreams...
Read more
Report abuse

Berning pages
3.0 out of 5 stars Missing that magic touch
Reviewed in the United States on 26 December 2016
Verified Purchase
Although I enjoyed reading this I must be honest and say that this is an okay read. It's not exactly bad but things seemed rushed to fit within the span of a short story.

Spoilers ahead.
Our main character seems wisely reluctant to just bend to the will of a counsel for what is basically an arranged marriage to two warlocks. Her once very strong and reasonable resolve to avoid this dwindles to nothing very quickly just because she "feels" that they belong together. The battle between mind and heart (more like lust) are teased but that is all when you'd expect her to be more headstrong as she was in the beginning.

For me the steamy parts felt a touch luke warm. As with the rest of the story something was just missing.

Characters are introduced in an obvious attempt to draw your interest for the next story in the series and sadly just when you think they are actually going to sit down and maybe talk about who they are and what plans they may have it ends with a lead into the next book.

Despite this it's not a bad read, just something that could have been done a bit better if it was allowed to be a bit longer.

Pamela Parker
4.0 out of 5 stars Warlocks Claim Their Witch in Sexy Paranormal Short Story
Reviewed in the United States on 19 March 2016
Verified Purchase
There comes a time in a witch's life when she needs to mate with a warlock. Fortunately for the witches in Kala West, Florida, it's common for women to be mated with two hot warlocks instead of one. Charice is comfortable being single and owning a magic shop with her sisters. She has no intention of being bonded to two warlocks, but the men she's supposed to mate with have other plans. When Kye and Warren meet Charice, they are determined to merge with her in every way.

Shauntavia
5.0 out of 5 stars I love this story
Reviewed in the United States on 10 January 2020
Verified Purchase
Who doesn't love a good triad love story? This is a twist on ones that I have read, I love that this triad is made up with witches and warlocks. I'm glad that the chemistry between them was so explosive as I read it. I can't wait to read the other stories.
Read more
One person found this helpful
Report abuse

Kindle Customer
5.0 out of 5 stars Good Read
Reviewed in the United States on 18 November 2019
Verified Purchase
Short and straight to the point but it left me wanting more so I'm going to read book 2. Please do a revision and make it longer.
Read more
One person found this helpful
Report abuse
See all reviews
Back to top
Get to Know Us
Make Money with Us
Let Us Help You
And don't forget:
© 1996-2021, Amazon.com, Inc. or its affiliates