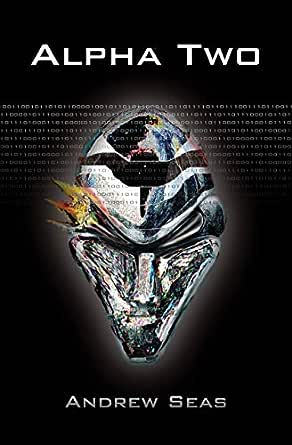 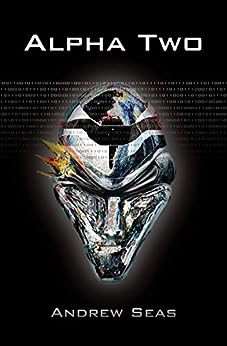 Alpha Two: True near future cyberpunk where hacker, Helix Carone, is fed snippets of information via the virtual world, the neural-net, from an android that is jacked-in named Alpha Two.. Kindle Edition

The year is 2105. True cyberspace has begun in the form of the neural-net, where humans interface their psyche to a virtual world. Helix Carone, a key programmer for the company that created the neural-net is now on the run, having sold the companies' source-code on the black-market. He’s hiding out in the LA Fire Zone, an irradiated area now infested with tech gangs and littered with societies outcasts.

Once financially able, Helix plans to get his biometrics altered and return to civil society, but then something throws his plans into chaos. Alpha Two, an android built by the same company has escaped from the Lunar One research facility and is being hunted by the International Security Agency.

CJ
5.0 out of 5 stars A cyberpunk thriller
17 April 2019
Verified Purchase
A book with a lot of twists and turns. The author seamlessly crafts a heady cyberpunk world revealing the razor-thin edge between virtual reality and the secular world, mutation and rebellion.

The story itself is intriguing and I really enjoyed the characters! The plot twists kept coming through out and I found it hard to estimate what would be at the end of the story.

Overall a most enjoyable read! Prepare to laugh, thrilled, be uplifted and devastated. This book has it all.

Dovetailed-Electronica
4.0 out of 5 stars Great characters and stellar plot line
25 April 2019
I really enjoyed this book. The characters are great and the plot is believable. Let’s hope we don’t find ourselves in Mr. Seas distopia or his utopia
*Spoiler* There is one thing that I’d like to see in later editions or the sequel: peppi’s underwater abilities used as a plot device. She is a great character with a superpower that didn’t get used in this first book.
Small worry though because it’s worth reading if you enjoy sci fi, cyberpunk, even fantasy. Thanks for the ride with your characters Mr. Seas. I look forward to your next book.

Hardshell Publishing
5.0 out of 5 stars A must read for all cyberpunk fans
1 June 2019 - Published on Amazon.com
On par with the works of William Gibson. Great read.
Read more
Go to Amazon.com to see all 1 reviews 5.0 out of 5 stars
Get FREE delivery with Amazon Prime
Prime members enjoy FREE Delivery and exclusive access to movies, TV shows, music, Kindle e-books, Twitch Prime, and more.
> Get Started
Back to top
Get to Know Us
Make Money with Us
Let Us Help You
And don't forget:
© 1996-2020, Amazon.com, Inc. or its affiliates