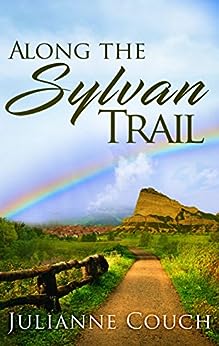 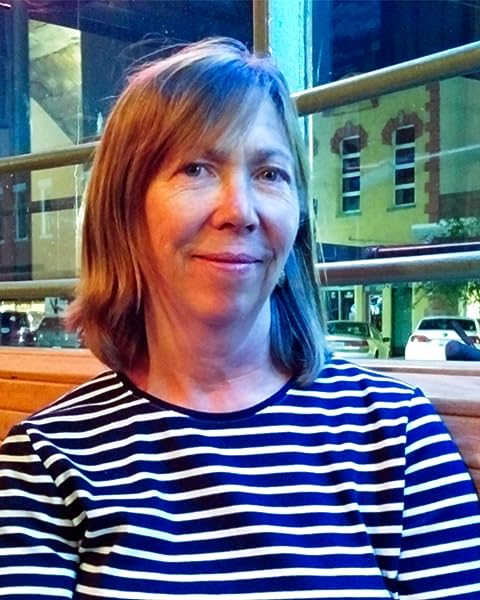 Along the Sylvan Trail Kindle Edition

by Julianne Couch (Author) Format: Kindle Edition
See all formats and editions
Sorry, there was a problem loading this page. Try again.

This sublime work of classic fiction from the gifted Julianne Couch delves deep to show that life is not as clean as we would like it. Set against the backdrop of the Sylvan Trail, we encounter characters as diverse and surprising as the mix of hardwood, softwood, mowed fields, and logging routes.

The book follows Amber, a young scientist who understands how most things work except for her own heart. Her best friend Josie ricochets from visual arts to poetry to inn-keeping. They keep each other emotionally afloat while their lives stumble along in chaos and uncertainty.

"The Sylvan Trail makes for a whirlwind trip you’ll be glad to have been a part of."

Josie's partner is referred to as "Jeff Many Secrets," who adds complications for both women. He makes Amber and Josie's business venture far more tortuous than it has to be. Will they be able to keep their livelihood alive or will inexperience sink their aspirations?

Go on an emotional journey alongside this clutch of dreamers, bunglers, and downright ill-fated individuals. As they seek out the better future that they're hoping for, you will see your own life reflected in theirs. Nothing can be taken for granted. Will the citizens of this tiny spot help each other out before they destroy one another?

Get your copy of this emotional ride today

Julianne Couch does not merely depict her characters, she inhabits them with a genuine compassion that anchors her stories with wit and humor. In her portraits of small towns and the people in them, Couch is so much more than a keen observer. With the precision of a gem-cutter, she frames not just places and people, but also the most precise moments when they are most fully and radiantly revealed to us.
--Amy Sage Webb, Author of Save Your Own Life

Julianne Couch's voice comes through clear and strong as a high-country river in her latest book, Along the Sylvan Trail. In this first novel, the characters' lives trace out in widening circles against the backdrop of a landscape wrought in color and hue, in the dapple of big, sunlit stretches of earth and sky, the "spice drawer of colors and textures framed in soft rectangles." In the midst of these interwoven tales of human strength, longing, weakness, and memory, characters take risks and find their lives rising like "skeins of geese" in the aftermath: "She had a strong sense that she'd given herself a gift in making this move that--like this place--she would have a long history here. She could see the key chapters ahead of her: her family, her friends, her home, her man, her career, the mistakes she'd make, the children she'd hope for, the wrinkles that would crease her skin, the losses she'd suffer, the mark she'd leave behind." There is a richness of hope, of tenacity and a willingness to dream, here in these pages and the characters who inhabit them. Along the Sylvan Trail is perhaps Julianne Couch's most extraordinary book so far, in all its plain-spoken, daily grace.

--Lori Howe, author of Cloudshade: Poems of the High Plains, and Voices at Twilight: A Poet's Guide to Wyoming Ghost Towns

In Julianne Couch's best prose, the land itself- from the mountains to the Mississippi- exerts an emotional gravity on the orbits of plainspoken Midwesterners traversing life in twenty-first century small-town America.

Those familiar with Julianne Couch's nonfiction know her as an adept chronicler of small-town America with perceptive insights on the personal bonds of family and place, the challenges of making a living in the current economy, and the distinctive wonders of dive bars. In Along the Sylvan Trail, she turns those same insights toward fiction in this episodic novel. Couch shows how it feels like to live, love and long in a world without guarantees. We're riding right along with these characters as they make decisions that could be the answer to their problems or the biggest mistake they've ever made. Along the Sylvan Trail is great reading, and this world sticks with you long after you put the book down.

Julianne Couch was born and raised in Kansas City and studied English and Theatre at Emporia State University. She moved to Laramie in 1992 and began teaching at the University of Wyoming in 1998. In addition to teaching student writers, she freelances for High Country News, Daily Yonder, Sustainable City Network, and other publications. Julianne moved to Bellevue, Iowa in 2011 to make a new home along the western banks of the Mississippi River. --This text refers to the paperback edition.

Award-winning author Julianne Couch tells complicated stories in simple ways, and when necessary, simple stories in complicated ways. In 2017, her first novel &quot;Along the Sylvan Trail&quot; was published by Wyoming-based Sastrugi Press. Julianne tells the story of a few dozen very realistic characters from 4 to 84 living in the Heartland from Iowa to Wyoming, exploring why some are content where they are, and why others get derailed and find new direction. In 2016, the University of Iowa Press released Julianne's non-fiction book &quot;The Small-Town Midwest: Resilience and Hope in the Twenty-First Century.&quot; It was named a Kansas Notable Book by the Kansas Library Association in 2017 and was in inspiration for &quot;Along the Sylvan Trail.&quot; Before that, Julianne's energy travelogue, &quot;Traveling the Power Line: From the Mojave Desert to the Bay of Fundy,&quot; was released by the University of Nebraska Press, in 2013. It was named a Booklist TOP 10 title on Sustainability. Although Julianne moved to Iowa in 2011 to restore a Victorian home on the Mississippi River, she lived for almost 20 years in Laramie, Wyoming. That's where she was inspired to write &quot;Jukeboxes &amp; Jackalopes: A Wyoming Bar Journey,&quot; (Pronghorn Press) visiting 30 of the state's most off-the-beaten-track watering holes. The photographic companion to the book, featuring photos of bars and landscapes by Ronald K. Hansen, was published by the Wyoming State Historical Society in 2009. For more information or to contact Julianne, please visit JulianneCouch.net.