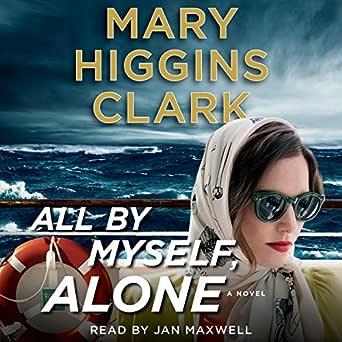 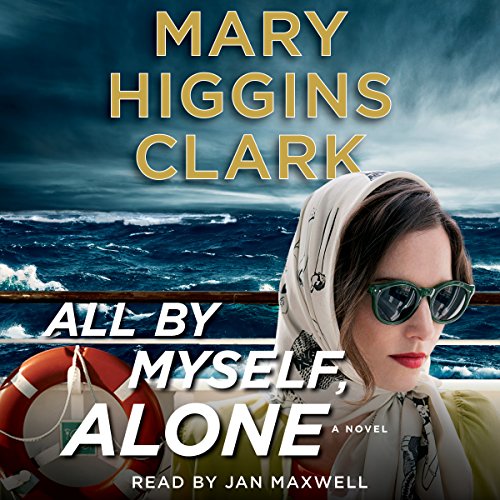 All by Myself, Alone

4.5 out of 5 stars
4.5 out of 5
1,041 global ratings
How are ratings calculated?
To calculate the overall star rating and percentage breakdown by star, we don’t use a simple average. Instead, our system considers things like how recent a review is and if the reviewer bought the item on Amazon. It also analyses reviews to verify trustworthiness.

Deborah Cook (@ Debbish dot com)
TOP 1000 REVIEWER
3.0 out of 5 stars A great holiday read though could have used an extra twist or two.
Reviewed in Australia on 22 May 2017
Mary Higgins Clark can always be relied upon to deliver a quality mystery novel or thriller. I’ve been reading her work for decades and she’s pretty consistent. I love some of the texture that Alafair Burke brings to their recent collaborations, but there’s something familiar or comforting about MHC’s novels.

The backcover blurb of my version didn’t mention Willy and Alvirah Meehan, who will be familiar to regular MHC readers. We’ve met the lotto-winning pair a number of times and – as in this case – they’re not necessarily the lead players, but they act as foils to our lead character Celia. (Like Watson to Holmes, or Lula to Stephanie Plum).

I’d forgotten how eminently readable MHC’s novels are. The language is simple (and not in a bad way) and the chapters short. I had to put the book down part-way through and found I added a half a dozen chapters to my ‘predetermined’ end because I could see the next chapter was short. “Just another one,” I kept saying too myself.

There’s something a little Agatha Christie-esque about this novel. I’m hoping it’s not just cos it’s set on a boat with a limited suspect pool cos I know I said the same about Ruth Ware’s The Woman in Cabin 10.

This is less of a finger-pointing whodunnit however.

In fact, there really isn’t any investigation as such. MHC just lets the plot play out until the thief / murderer goes one step too far and gets caught. I tried to ponder on previous works by the author to remember if there’s usually an investigation of sorts: ie. an interrogation then dismissal of each suspect until the final twist is revealed… and I’m ashamed to say I can’t remember.

I’m not sure it initially mattered however, as I was almost at the end when I realised neither Celia nor the Meehans had poked about with a spyglass, looking for clues. There was a superficial contemplation via those on board as to who the culprit could be, but no last-minute surprise unveiling of the baddie… as I’m accustomed to seeing.

Although satisfactory in terms of closure, I was possibly a little disappointed in the very end as it did lack the trickery I’m a little accustomed to in mysteries or novels of suspense.

Having said that, the release of this book is well timed as we’re heading into Easter and this would make a perfect holiday read.

Leann Kean
5.0 out of 5 stars Excellent
Reviewed in Australia on 10 May 2017
Verified Purchase
Excellent book keeps you enthralled till the last page i thoroughly recommend it for the young and old at heart
Read more
Helpful
Report abuse

Louise
5.0 out of 5 stars Another good one MHC
Reviewed in Australia on 5 May 2017
Verified Purchase
MHC is my fave author and have read all her books. Always great and easy to read.
Read more
Helpful
Report abuse
See all reviews

J.O.L.
3.0 out of 5 stars Disappointing
Reviewed in the United Kingdom on 8 July 2018
Verified Purchase
Sad to confess I lost interest in all the characters very quickly and the tedious plot, although a gallant effort was made to hide the identity of the mysterious thief until the end. Mary Higgins Clark is usually adept at drawing her characters, good and bad, with flair, warmth and understanding, and this was missing. I may have detected the hand of Carol Higgins throughout this book, as she never fails to trivialise characters almost into caricatures, so different from Mary Higgins Clark.
Read more
2 people found this helpful
Report abuse

Kathleen
5.0 out of 5 stars Another triumph
Reviewed in the United Kingdom on 15 April 2017
Verified Purchase
All I have to see is a new book by Mary Higgins Clark and I buy it immediately. This book is her latest,which doesn't disappoint. Some old favourites are here to help solve the mystery. An excellent tale and with plenty of Ted herrings it was very difficult to pinpoint the murderer.
Read more
8 people found this helpful
Report abuse

Kindle Customer
5.0 out of 5 stars Brilliant as usual!
Reviewed in the United Kingdom on 6 May 2017
Verified Purchase
I have read every book by Mary Higgins Clarke, and not been disappointed yet. Although the last few have been good, they can be quite predictable after a while. (In her last book, I had guessed the murderer on the second page!) I was very pleasantly surprised therefore, when this one kept me guessing til the end. I felt it was more like her older books, where everyone's a suspect at some point. I did actually guess the killer quite early on, but soon changed my mind and was actually very surprised when he was revealed! Will look forward to the next one.
Read more
4 people found this helpful
Report abuse

Intheamazone
4.0 out of 5 stars An Enjoyable Yarn....
Reviewed in the United Kingdom on 19 February 2018
Verified Purchase
A thoroughly enjoyable yarn from Mary Higgins Clark that kept me reading in one sitting. Flows well with good characterisation and a swiftly moving plot. Plot may be rather predictable - but, actually, there's nothing wrong with that. You know what you're getting and the author delivers.The cover (of this Kindle edition) seems, to me, rather misleading - nothing remotely terrifying here - from my point of view, a good thing! A reliably relaxing read firmly in the Mary Higgins Clark tradition.
Read more
3 people found this helpful
Report abuse

Lynn Lea
5.0 out of 5 stars A fascinating read
Reviewed in the United Kingdom on 9 September 2018
Verified Purchase
Mary Higgins Clark is one of my favourite authors and she never fails to deliver. This is written very differently to her other books. I do like that her chapters are short. I read when I go to bed and do not like to be faced with a long chapter. It is so much easier to read and one tends to think one will just read one more chapter and before you know it you have read several more.
Read more
One person found this helpful
Report abuse
See all reviews
Get FREE delivery with Amazon Prime
Prime members enjoy FREE Delivery and exclusive access to movies, TV shows, music, Kindle e-books, Twitch Prime, and more.
> Get Started
Back to top
Get to Know Us
Make Money with Us
Let Us Help You
And don't forget:
© 1996-2020, Amazon.com, Inc. or its affiliates