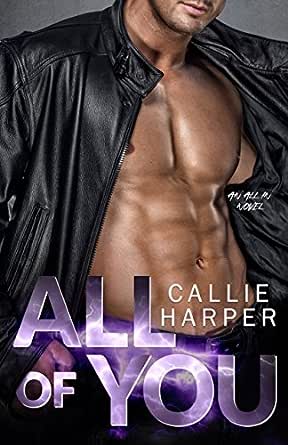 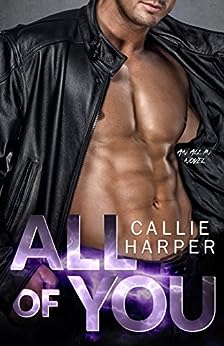 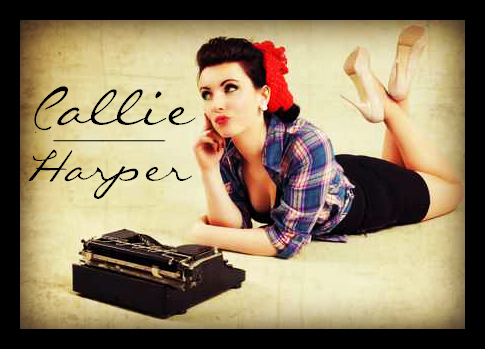 All of You: A MC Biker Romance (All In) Kindle Edition

OMG! I love this book it's hot as sin and totally orgasmic.

You get the lovable characters from the first two books in The All In series Chase, Emma, Liam, Sophie and Ian isn't far from their thoughts.

Sky is stuck in a loveless and violent marriage and sees no way out. She works at a retirement home where she mixes with all the residents but there's one old man (Ace) he has a seriously hot grandson. The spark between them is nuclear but she's a married woman. So he's a no go area. Looking becomes too much and it’s a tug of war of the heart for Sky.

Jax had a rough time as a teen making bad decisions but he got a great best friend from it Zeke always there if needed. He owns Ace bar but wants a change in life. His grandad Ace was is his father figure putting him on the right track and one of those tracks is aiming for Sky. Good job they think alike because she's in his every thought, but she's married to a crazy biker.

When the magnetic pull becomes too strong for them will they be able to have a relationship?

Will Sky's husband let her go?

Can Jax & Sky get an HEA together?
Read more
Helpful
Comment Report abuse

Sue
TOP 1000 REVIEWER
5.0 out of 5 stars 5 super stars. I thoroughly enjoyed reading this story
Reviewed in Australia on 25 May 2017
5 super stars.
I thoroughly enjoyed reading this story, I was hooked right from the first page. Such a scintillating story, so sexy and kinda taboo but with a mix of fear and danger. I loved Sky, Jax and also Jax's granddad, Ace. Real characters that you could feel you would love and be comfortable around. Ace is a real cheeky man, a flirt and a matchmaker. I really chuckled at some of his antics.

Sky is married to a complete waste of space, and evil MC member who's named Griller, for his skills at 'grilling' people for information. Nice bloke! NOT! He is getting more and more out of control. Abusing the wonderful Sky. She dreams of getting away from him but fears for her life if she manages it. Then Jax visits his granddad, Ace, in the retirement home that Sky works in. They have an instant attraction but neither do anything about it; she is married after all! This is such a tease! I so want these two together. It's smoking hot reading about them wanting each other.

I was really invested in Sky's life, rooting for her to get away safely.
There were some laugh out loud moments and some hold your breath moments too; just to keep you gripped and totally eager to turn the next page.
All in all, a fabulous read.
Highly recommend.

Jax is best one yet!!!
If you ever admire someone from afar...
and only dream of having...
This is a book you need to read

Alpacal4dy
5.0 out of 5 stars Loved this book
Reviewed in Australia on 29 May 2017
This was a fantastic read. Had me hooked from start to finish. This is the first book I have read by this author but will definitely not be my last. I recommend this book to anyone who enjoys romance.
Read more
Helpful
Comment Report abuse

SouthernAngel
TOP 1000 REVIEWER
5.0 out of 5 stars Oh Jax!!!!
Reviewed in Australia on 23 May 2017
An emotional, slow-burn read with depth, past and present demons, scorching chemistry, sizzling wet-dreams and strong characters.
I voluntarily reviewed an Advanced Reader Copy of this book.
Read more
Helpful
Comment Report abuse
See all reviews

Ria - Reading Is Our Satisfaction
5.0 out of 5 stars Jax and Sky from friendship to love
Reviewed in the United States on 29 May 2017
Verified Purchase
I love Callie Harper and her ALL IN series. All three books so far have been super sexy stories with wonderful main characters and equally terrific secondary characters. ALL OF YOU is Jax and Sky's story nd it is one that will have you sitting on the edge of your seat and cheering on the relationship of these two people. Told from dual POVs, this story will make it's way deep into your heart and remain there for a long time once it's finished.

Jax and Sky have liked each other from afar, having met originally at a bar that Jax owns, but later through Jax's grandfather. Sky is off limits to Jax, she's not only married, but married to a man sho continually abuses her and treats her with absolute depravity. Sky is a nurse's aid, working at the retirement home where Jax's grandfather resides. This is where the two meet up and form a lasting friendship. Jax's life has not been an easy one, but he has managed to turn it around and become a successful businessman. Sky haunts his nightly dreams and all he wants is to have her safe in his arms.

No spoilers here, you must read this hot, sexy story to see if Jax can get his girl. I will warn you, you will fall in ove with Jax, and fall really hard. Both his head and his heart battle, as he desperately wants a woman that he knows he cannot have.

Yet again, Ms Harper has kept me totally enraptured. This one is slightly different from her others in this series, regarding the circumstances, but as usual it is one that is hard to put down. Having read this book and the others in this interconnected series, I am really looking forward to the next book - which will be Ian's story. This book can definitely be read as a standalone.

wizkids32
5.0 out of 5 stars All of You Awesome book loved it totally awesome
Reviewed in the United States on 29 May 2017
Verified Purchase
Awesome book loved it loved the whole story between Jax and Sky and how they got together glad that Jax got Sky out of an abusive marriage and yes they did it wrong but not really since I don't think that they police would have done anything to help her out and since he is in a motorcycle gang and he hurt people in another gang it had to be done and I enjoyed them getting to know each other before they got together and glad he moved back to the east coast and got her there too loved the story line between Jax and Sky. Callie is a great author and thanks for an amazing book also hope there is a book for Ian and see if there is a book about him loving the whole series
Read more
Report abuse
See all reviews
Get FREE delivery with Amazon Prime
Prime members enjoy FREE Delivery and exclusive access to movies, TV shows, music, Kindle e-books, Twitch Prime, and more.
> Get Started
Back to top
Get to Know Us
Make Money with Us
Let Us Help You
And don't forget:
© 1996-2020, Amazon.com, Inc. or its affiliates