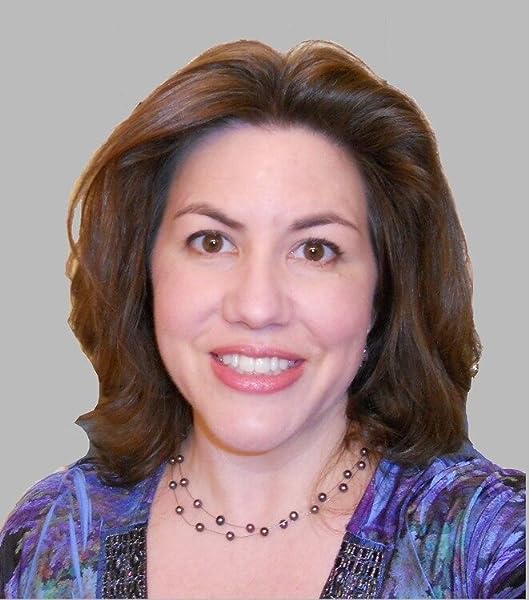 All That Bleeds: A Novel of the Etherlin Mass Market Paperback – 1 May 2012

by Frost Kimberley (Author)
4.5 out of 5 stars 8 ratings
See all formats and editions
Sorry, there was a problem loading this page. Try again.

Within the elite community of the Etherlin, the descendants of the ancient muses are inspiration made flesh. But beyond the wall protecting their world wait the fallen, those who yearn to possess them.

As the last heiress of the House of North, Alissa has never been one to follow laws blindly. Striking up a secret friendship with a half-vampire enforcer is dangerous, but Merrick is a temptation she can't resist.

Merrick's desire for Alissa consumes him, though he knows better than to pursue a muse. But when Alissa is kidnapped and brought outside the Etherlin walls, Merrick will do anything to protect the woman who tempts him with her very existence.

As enemies from both worlds threaten, Alissa realizes that Merrick is the only one she can trust-even while the pull she feels toward him is the thing she fears most . . .

Kimberly Frost wasn't born in Texas, but she got there as fast as she could. Currently at home in a small town known as Houston, she is taking dictation from her characters and working on her "Southern Witch" series. She loves to hear from readers.
Tell the Publisher!
I’d like to read this book on Kindle

Kimberly Frost is the national bestselling author of the humorous Southern Witch series and was the winner of the PEARL award for best new author. Her books blend mystery and romance and have been Barnes &amp; Noble Recommended Reads.

Cheryl
4.0 out of 5 stars A little on the fence about this one.
Reviewed in the United States on 25 February 2012
Verified Purchase
3½ stars - All That Bleeds is about Alissa North a modern day muse who is descended from the ancient Greek muses (which means she, like the others, have a good bit of human in them, also). In the 1950s a breed of shape shifting vampires decimated the population until the muses inspired humanity to find a way to fight back and defeat them. All of the vampires were killed but their offspring, half-human, half-vampires called Ventala, were spared, but are still considered animals and aren't allowed near the muses, who live in the Etherlin, because their blood is even more tempting than run-of-the-mill human blood.

The muses have the ability to inspire greatness in people who are inclined to it and Alissa and the other muses are vying for the Wreath Muse, which affords the wearer added powers and the ability to see memories, as well. Alissa wants it because her father has been unstable since her mother, also a muse, killed herself years earlier, and she believes the Wreath will help her cure him. Muses aren't supposed to use their magic other than for helping aspirants, so that alone would get her into big trouble with the Etherlin Council, but she's also been secretly writing to Merrick, a Ventalan who saved her life years before. When Alissa is kidnapped, it's Merrick who saves her and stays with her to try and find out who's behind the kidnapping, believing it has to do with the Wreath Muse competition.

I liked this book, but not as much as I feel like I should have. The plot and writing are all good, as is the set up to Merrick and Alissa's relationship, but I never felt as invested in the characters as I think I should have been. I think part of it is that, despite their words and actions, for a good chunk of the book I felt that Merrick wanted Alissa because having her and her blood would be the ultimate get and Alissa wanted Merrick because he was the bad boy Ventala, I mean, it sounds like he wrote three lines max per letter and sent her gifts; that's not gonna make me fall in like, let alone love, with a guy. ****spoiler**** I also didn't like the way Alissa seemed so strong in a lot of instances, but allowed herself to be taken advantage of when she was younger and never did anything about it, even though she had to know the jerk would probably do it again.****end of spoiler**** Additionally, I thought that a good deal of the secondary characters, while they might be interesting (Lysander, for example), could have been a little more fleshed out and given more depth, though this may be coming in the second book. There was no major cliffhanger, though there are several things that need to be solved/addressed in upcoming books. Despite the flaws I felt this had, I'll likely check out the next book in the series.
Read more
One person found this helpful
Report abuse

Douglas C. Meeks
4.0 out of 5 stars Good mix of UF and PNR, 4+ Star
Reviewed in the United States on 21 July 2012
Verified Purchase
I finished  All That Bleeds (A Novel of the Etherlin)  today and it was an astoundingly good novel. The main characters were fleshed out pretty well although she left the secondary characters a bit more 2 dimensional. The story was great but the basic theme of "bad boy falls in love with princess" type plot was done well. It has vampires and muses (with the ability to enhance people to more creativity and perhaps to command them a bit like hypnotic trance). Merrick was a wonderfully developed and complex character who answers to none and the muse Alissa made a complex couple and an engrossing romance while under the threat/mystery of who is trying to kill/kidnap her. All in all enough action for the UF fans and enough romance for the PNR types, one of the better mixtures, I have to give it a solid 4 stars maybe a bit more, did I mention he has a Fallen Angel for his best friend, nice touch there, I think we will see more of him. I will be buying the sequel.
Read more
2 people found this helpful
Report abuse

Kelley
5.0 out of 5 stars Glad I brought
Reviewed in the United States on 28 September 2019
Verified Purchase
I liked the story and bought the sequel. Book delivered quick and in good shape for used.
Read more
Report abuse

Beth Lombardo
5.0 out of 5 stars The First of this Series and it is Awesome!!
Reviewed in the United States on 28 January 2013
Verified Purchase
Wow this book moves from the first page. Easy to understand and would be fine for teens also. Just started the next book as this one went so fast, because I couldn't put it down.
Read more
Report abuse

Amazon Customer
5.0 out of 5 stars Intriguing romance with a supernatural twist
Reviewed in the United States on 16 February 2012
Verified Purchase
I am a fan of her other series, Southern Witch, this one is even better. The characters in this book are richer and the story has more depth. I really didn't want to put this one down. This is a great book for anyone interested in romance with intrigue with a supernatural twist.
Read more
Report abuse
See all reviews