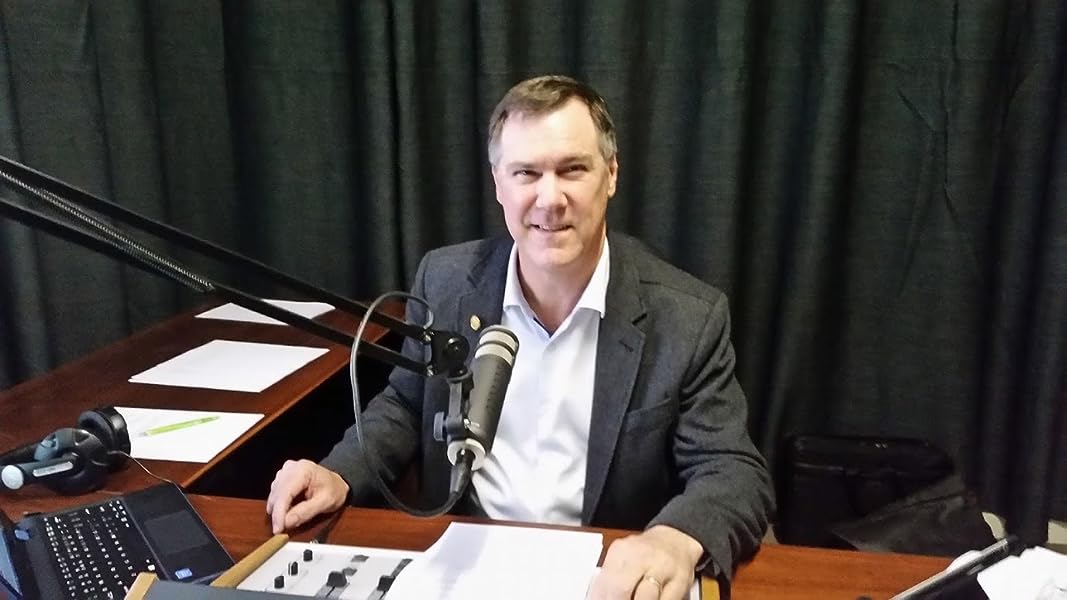 Andrew has been a radio broadcaster and journalist since 1984. He has worked in commercial, public and now community radio, primarily as a breakfast presenter. In recent years he has taken to writing and published an audiobook for ABC Radio in Australia about WW1 called "All I See Is Mud" which was broadcast nationally across the network. That soon became a paperback and was very successful in both formats. He is also a podcaster with Astronomer Dr. Fred Watson and together they produce Space Nuts. Andrew's interest in astronomy, combined with some of the things he and Fred have discussed over the years inspired his first venture into science fiction writing with Parallax. Andrew has been married to Judy since 1987, has three amazing boys and two (almost three) grandchildren. Andrew is also a passionate golfer which lead him to also write a tongue in cheek book about sports psychology. It took only two days to complete the book based on his own experiences, research, interviews with sports stars and sports psychologists over many years in broadcasting. He lives in Dubbo, NSW, Australia. It's a provincial city and a long way from everywhere but it's home and the five-minute commute to work sure beats living in a big city.

Crazy Mum
5.0 out of 5 stars A tribute to our heroes.
Reviewed in the United States on 1 May 2017
Verified Purchase
A very clear and eye opening first hand recording of events in WWI.
Read more
Report abuse
See all reviews
Back to top
Get to Know Us
Make Money with Us
Let Us Help You
And don't forget:
© 1996-2021, Amazon.com, Inc. or its affiliates