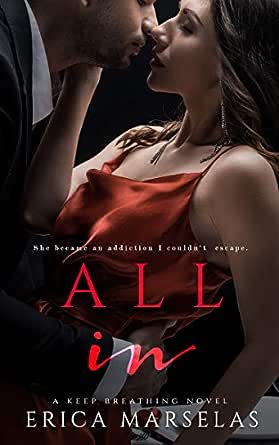 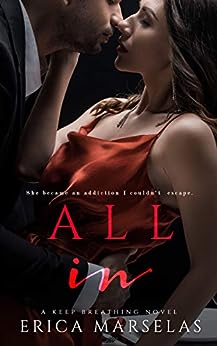 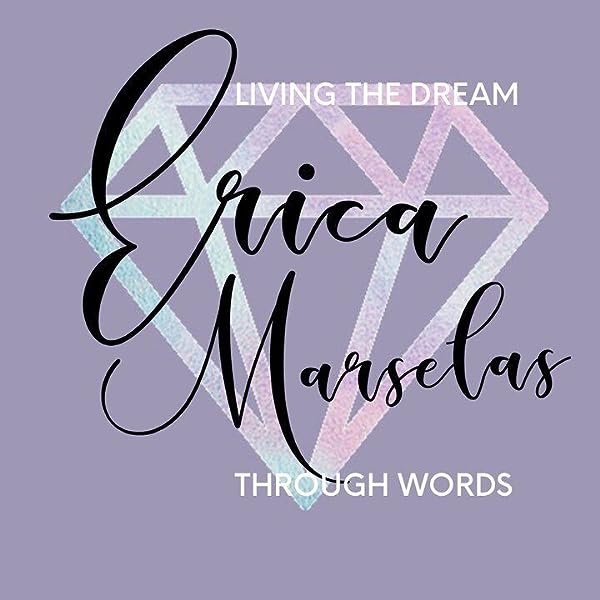 5.0 out of 5 stars
5 out of 5
12 global ratings
How are ratings calculated?
To calculate the overall star rating and percentage breakdown by star, we don’t use a simple average. Instead, our system considers things like how recent a review is and if the reviewer bought the item on Amazon. It also analyses reviews to verify trustworthiness.

Pepe71
TOP 1000 REVIEWER
5.0 out of 5 stars Some kind of nuclear emotional deception
Reviewed in Australia on 15 October 2020
Firstly, I have to say it was really difficult to write a review without spoilers. There was so much to say! This book is about Holly and Liam – and a larger cast of characters. It starts out with Holly speaking to a hot guy dressed up as Thor at ComiCon. They’re both sitting at the bar having a drink, and start talking. One things leads to another, and then leads to another…
Fast-forward three years and Holly has a young son Matty, who is your typical toddler. He’s full of energy, always on the go, and full of personality. He also has the striking eyes of someone she hooked up with at that event she was at.
Holly and Liam fall deeply in love. They seem to be the perfect, happy little family unit. But not everything is as it seems. Other people will interfere to cause problems and doubts. Blood family doesn’t always automatically mean unwavering support as you’ll find out. And then other demons of the past may also influence the coping mechanisms when trouble brews.
It was an emotional roller coaster if I’ve EVER been on one! My head and heart were all OVER the place! There’s deceit, betrayal, hurt, love, hate, mistaken identity, passion, anger, confessions, secrets, forgiveness, trust, and the making of new and wonderful memories. There’s also plenty of romance, sizzling-hot chemistry and HOT AF steam! I’m going to need to read this again…
Whilst I was happy with how the book ended, I was sad that it DID in fact end! The characters were wonderful, and their story was totally addictive! I would definitely recommend this one! I give this book five Scandi-God stars!
I received a free ARC of this book and am voluntarily (and very happily) leaving this review.
Read more
Helpful
Report abuse

Tania
TOP 500 REVIEWER
5.0 out of 5 stars All In.
Reviewed in Australia on 21 October 2020
Loved the book it was great, the story was well written and the characters are interesting. Holly and Liam met when they were out having a one nightstand. A few years later Holly has a child called Matty. It was some rollercoaster ride, it was lovely.

Wendy@Cr8zysockbookblock
5.0 out of 5 stars I was “All In” for every thing about this book! Loved it! 😍🔥😍
Reviewed in the United States on 16 October 2020
Verified Purchase
Oh My Gosh!! This book Y’all! Freakin Fantastic! It is just an amazing office/secret baby/one-night stand that later kind of becomes a second chance romance/single parent romance. The office part added a bit of a forbidden aspect to it. Yummy! So Flippin Awesome!! Liam , Holly, and little Matty’s story will turn even the most cynical of hearts into a gooey mess.

Let’s start with Holly. What an amazing Gal, Y’all! She is spunky and beautiful. She has always been the responsible one. One reckless night she throws caution to the wind. A few drinks, one spontaneous encounter, one lasting consequence equals two pink lines. Thought that night changed everything for her.

“This isn’t me. I have never been the girl who throws caution to the wind. I’m not reckless and I don’t do things on a whim. I, Holly Jenkins, do NOT have one night stands.”

She wouldn't change for the world, her precious little boy Matty was the result. He is the cutest, most bashful little guy. Although she unexpectedly became pregnant with him she settles into life as a single mom, she has supportive parents and an amazing best friend, Terry. She had pretty much accepted that she would never run into the man that fathered her son again, until she arrives for her new job as an interior decorator for Morgan Securities, and sees a face she is all too familiar with.

Her new boss, Liam Morgan, is the one reckless, one night stand she had that resulted in her son!! Dropping the “Congratulations you're a Daddy” bomb on Liam, is probably the easiest part of the journey to HEA that Liam and Holly must endure.

Liam Morgan is just so sexy and fine and comes off a bit bad and standoffish at times. He’s unapologetic in what he wants in a woman and no one has been able to change that...Until he meets Holly. Something about her calls to him, even though there are parts of him that are broken and flawed he still wants a chance with her. Given everything these two have been through you can help but to see they are inevitable. Now that's not saying their journey is easy, it's anything but. I mean HE has NOT had an easy time over the last few years. Giving in to addictions and reckless behaviors, he has been constantly working hard to overcome his demons. Constantly fighting the urge not to replace one addiction with another,

I don’t want to give any spoilers away. I will just say it was fantastic. When he finds out he is a dad, it is obviously a shock, but all the emotions, how he embraces it. He runs the gamut of feelings and it's so believable. The way he was with Matty. OMG! Holy Don’t Forget To Take Your Birth Control Ladies! Holly never stood a chance, and neither did I. I laughed, cried, and I fanned myself and I swooned. It was sexy and sweet and everything in between. It was just enough naughty and the perfect amount of nice. IT.WAS.EVERYTHING!

“I wish I knew where this girl has been all my life to have given myself to her sooner.”

This book has moments that will have you going WTF is happening?! Told in dual POV, which is my absolute FAVORITE It will have you panting, swooning and fanning yourself one minute as you get caught up in their sweet and romantic whirlwind almost insta-love like romance.

I’m not gonna lie to you my dear friends, be ready to chuck your beloved kindle right across the room at various points throughout this story ( don’t worry no actual kindles were harmed during the reading of this story. I just wanted to shout NAUGHTY WORDS from the rooftops) and I may or may not have needed to text a book friend to vent!!

Prepare yourself my friends... you won't want to stop until you’ve devoured every single syllable of this great story. Holly, Liam, sweet Matty, Sam,Terry, River and even Jax. All the amazing secondary characters. I love them all. I absolutely can’t wait for more from this crew.

My cr8zysockbookblock blog wrap up for this book!
⭐️⭐️⭐️⭐️⭐- OMG, IN LOVE WITH LIAM AND HOLLY!! This story has everything you could possibly want! Must read! Main Characters are funny and witty and OMG are they ever hot AF! It flowed magically. Giving me just what I needed, exactly when I needed it. So. Many.Stars!
🔥🔥🔥🔥- Liam and Holly are off the Charts amazingly hot!! They ignite like kerosene on a fire when they throw down! Holy Hot Dawg!!Pearl Clutchers beware!
🌪Cliffhanger Warning- Y’all!*#YOUGETHAPPYENDING*Perfection. Yay!😍🔥😍
Read more
One person found this helpful
Report abuse

Mom23
5.0 out of 5 stars What a full circle story
Reviewed in the United States on 10 December 2020
Verified Purchase
Liam is the CEO for his dad's company. Liam has been sober for a few years. He is running outside a bar when he sees Holly. Holly has seen Liam before and knows he is her son's father but saying it out loud isn't that easy. Liam twin says throw money at her and go back to his normal but he has a great feeling about Holly. They begin a crazy relationship to be there for their son but when more truth comes out it rips Holly and Liam apart. Will they work through their troubles or just give up?
Read more
One person found this helpful
Report abuse

Clayre (Clayre's Book Tower)
5.0 out of 5 stars Amazing! Fantastic!! So many twists!!
Reviewed in the United States on 16 October 2020
Verified Purchase
Liam and Holly were so meant to be and little Matty, so freaking adorable! If you like a book to take you on a roller coaster ride then look no further, this book will do just that and then some.
Holly is an amazingly strong female character. I love how she stood by Liam no matter what and let me tell you there was a lot!!
And the major twist to it, well you will have to read to find out what it is.
Marselas is a master of throwing in unexpected twists that gives you a fresh take on a trope.
Read more
Report abuse

Lisa Marie
5.0 out of 5 stars All in with Liam and Holly!
Reviewed in the United States on 8 December 2020
Verified Purchase
Liam and Holly! Eeep! I was looking forward to this story and I wasn’t disappointed!!

I went in blind not knowing what to expect and what a treat I got! A few curves in their backstory that I wasn’t expecting and undeniable chemistry between Liam and Holly leads to the present! Loved it!!
Read more
Report abuse
See all reviews
Back to top
Get to Know Us
Make Money with Us
Let Us Help You
And don't forget:
© 1996-2021, Amazon.com, Inc. or its affiliates