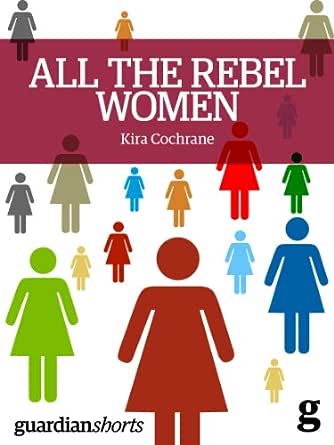 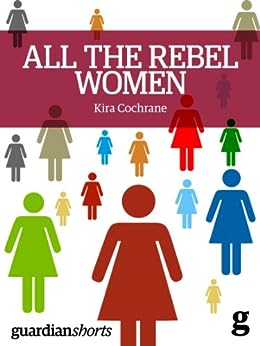 All the Rebel Women: The rise of the fourth wave of feminism (Guardian Shorts) Kindle Edition

On a bright day at the Epsom Derby, 4 June 1913, Emily Wilding Davison was hit by the king’s horse in one of the defining moments of the fight for women’s suffrage – what became known as feminism’s first wave.

The second wave arose in the late-1960s, activists campaigning tirelessly for women’s liberation, organising around a wildly ambitious slate of issues – a struggle their daughters continued in the third wave that blossomed in the early-1990s.

Now, a hundred years on from the campaign for the vote, fifty years since the very first murmurs of the second wave movement, a new tide of feminist voices is rising. Scattered across the world, campaigning online as well as marching in the streets, women are making themselves heard in irresistible fashion.

They’re demonstrating against media sexism, domestic violence and sexual assault, fighting for equal pay, affordable childcare and abortion rights. Thousands are sharing their experiences through the Everyday Sexism project, marching in Slutwalk protests, joining demonstrations in the wake of the Delhi gang rape, challenging misogynist behaviour and language, online crusaders and ordinary people organising for the freedom of women everywhere.

Kira Cochrane’s 'All the Rebel Women' is an irrepressible exploration of today’s feminist landscape, asking how far we have come over the past century – and how far there still is to go. Whether engaging with leading feminists, describing the fight against rape culture or bringing immediate, powerful life to vital theories such as intersectionality, 'All the Rebel Women' binds everything together into one unstoppable idea. This is modern feminism. This is the fourth wave.

Rachel
3.0 out of 5 stars Brief and helpful feminist primer
14 June 2016 - Published on Amazon.com
Verified Purchase
For anyone who is interested in the current trends in the feminist movement, this booms provide a brief overview of current feminist concerns from a UK standpoint. But for anyone familiar with online feminist activism, this book doesn't provide any new insight. This is one of two published books that attempts to define the Fourth Wave (see also Jennifer Baumgardner), which is important considering the need to articulate how online transnational connects can shift and provide new opportunities and insights for feminism.
Read more

Amazon Customer
4.0 out of 5 stars A good read
27 March 2015 - Published on Amazon.com
Verified Purchase
I found this book very interesting and informative. It covers the broad spectrum of feminism without overly pushing any one aspect. The context though largely UK has a wider application and references many other counties and situations. I found it a useful tool to help explain the waves of feminism and to understand the place of feminism today.
Read more
2 people found this helpful

Zizi
4.0 out of 5 stars Great interest peaker
8 June 2014 - Published on Amazon.com
Verified Purchase
Easy read. I felt it should have gone more into some theory but overall the author did a good job with introducing the ideas and fight with each of the four waves of feminism. If anything she made a cause for more action. The fight is not over yet.
Read more

A. STYLE
4.0 out of 5 stars Short overview of modern British feminism
10 January 2014 - Published on Amazon.com
Verified Purchase
A clear and brief introduction to British feminists and how they are confronting everyday sexism.

Published by The Guardian newspaper.

Apple
2.0 out of 5 stars Poorly written mish mash
6 June 2014 - Published on Amazon.com
Verified Purchase
I should have looked more closely at the number of reviews for this "treatise". I use the word treatise because as I waded through the mish mash of pieces of information it gave me the feeling of an unfinished college treatise. I do not consider this to be a completed work or focused study of the fourth wave of feminism. There were some particularly salient points included in the book but they were hidden by the rambling unfocused, un-paragraphed (if that can be a word) bits and pieces of data. On the latter point, I could not always be sure that the information was accurate data because it lacked dates, locations or names while at other times it was very detailed. For all I know some of the examples and statements could have been anecdotal; the last thing that I would want to see in a book like this, unless it is identified as anecdotal. The author appears to have assumed that anyone who picks up the book will understand and/or know the names, incidents, books, articles and historical events that are cited. Again, the lack of details and clarity made this difficult to read. A good re-write with good editing is necessary before this can be considered a decent read on a very important issue.
Read more
7 people found this helpful
Go to Amazon.com to see all 10 reviews 3.8 out of 5 stars
Get FREE delivery with Amazon Prime
Prime members enjoy FREE Delivery and exclusive access to movies, TV shows, music, Kindle e-books, Twitch Prime, and more.
> Get Started
Back to top
Get to Know Us
Make Money with Us
Let Us Help You
And don't forget:
© 1996-2020, Amazon.com, Inc. or its affiliates