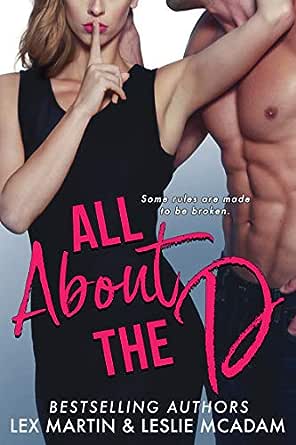 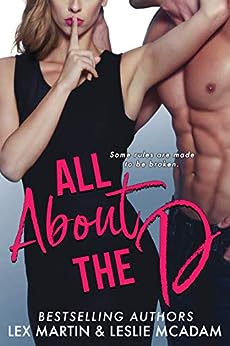 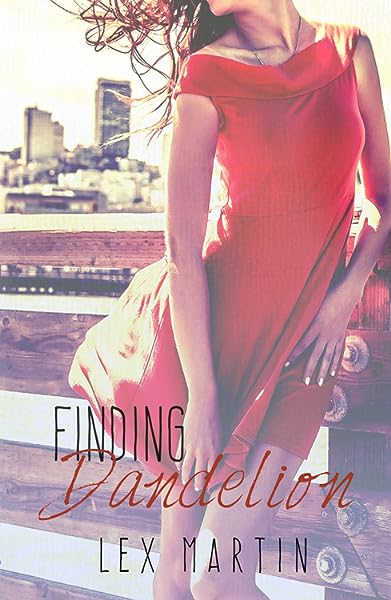 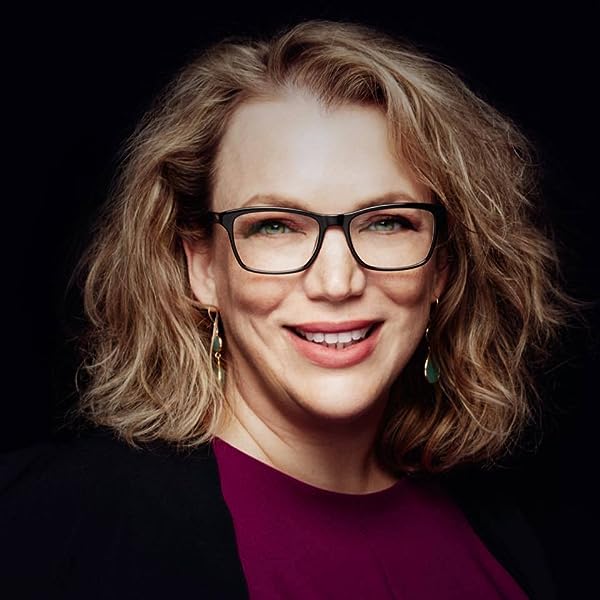 All About the D Kindle Edition

4.6 out of 5 stars
4.6 out of 5
181 global ratings
How are ratings calculated?
To calculate the overall star rating and percentage breakdown by star, we don’t use a simple average. Instead, our system considers things like how recent a review is and if the reviewer bought the item on Amazon. It also analyses reviews to verify trustworthiness.

Cas
TOP 500 REVIEWER
5.0 out of 5 stars Wow
Reviewed in Australia on 5 February 2019
Verified Purchase
This started a little slow for me but once it got going I loved the romance to it. The family drama and then the crazy friends. Just a great read.
Narration was awesome too.

Kindle Customer
TOP 1000 REVIEWER
5.0 out of 5 stars AATD rocks... Hard!
Reviewed in Australia on 7 August 2017
Verified Purchase
This was my first Lex & my first Leslie (despite following her & having a few of her books on my TBR!) & what a cherry popper!!

Highly recommend it & hope you love it as much as I did.
Read more
Helpful
Comment Report abuse

Karen Sedg
TOP 500 REVIEWER
4.0 out of 5 stars All About The D!!!
Reviewed in Australia on 11 June 2017
Verified Purchase
3.75stars!! An overall good read, started off a bit slow then we got going!! So we have Josh and his blog about the D!! And Evie who is an Attorney!! Josh is needing legal advice and Evie helps out in more ways then one with a few bumps along the way!!
Read more
Helpful
Comment Report abuse

Tones
5.0 out of 5 stars A-MAZING
Reviewed in Australia on 22 August 2019
Verified Purchase
Funny as! Loved this book so much.. Great HEA and quite an emotional sorry but amazing all the same
Read more
Helpful
Comment Report abuse

Jade B
4.0 out of 5 stars All About the D
Reviewed in Australia on 8 January 2019
Verified Purchase
This book was so entertaining I loved it!
Read more
Helpful
Comment Report abuse

Right away, I loved both Evie and Josh. There was an instant, undeniable chemistry between them. She’s an up and coming attorney looking for that breakout case to make her Partner at the firm, and he’s looking for an office to represent his anonymity in his extracurricular activity of sharing his “D” with half a million people on his internet blog, All About the D. They never expect that trying to hide who he truly is would take such a toll on everyone involved.

This is a dual POV, and the story moves at a really good pace. Easy to follow plot, characters with likable traits, and some hilarious innuendos makes this such a great read! I’d definitely recommend it for someone who wants a good laugh with both sweet and sexy moments in between. It is a standalone, but there will be a second book with Evie and Josh’s respective BFF’s, Kendall and Drew, that I’ll absolutely be reading!
A Book Lovers Emporium
Read more
Helpful
Comment Report abuse

Old Dave's Romance Revue
TOP 1000 REVIEWER
5.0 out of 5 stars Surprisingly Deep
Reviewed in Australia on 3 May 2017
Josh has a big problem. Huge really. Part of the problem lies in the fact that, as a member of the Cartwright family he's required to maintain certain standards. Accordingly, if it ever became public knowledge that certain parts of his anatomy were independently famous (or is that infamous?) thanks to the anonymous blog he runs, things would be ... bad.

That's where Evie comes into play. As his prospective lawyer, her mission, should she chose to accept it, would be to assist Josh in diversifying and monetizing his brand, all while protecting his anonymity.

At least it's just the two of them who could identify the anatomy on the blog as being his, right? Oh, and his best friend whose dare inspired the blog in the first place. And potentially any woman he's ever been with.

The first few chapters surprised me a little. I was expecting light irreverent humor filled with innuendos and double entendres, and all of that was there in spades, but the writing was crisp, clever and witty, and the humor was on point.

What really surprised me about All About The D, however, was that as the story progressed, as the relationship between Josh and Evie became more complicated and serious, so too did the tone of the overall story.

The characterizations became deeper, the interplay more nuanced, and everything gets incredibly messy in the best possible way, all while still maintaining the overall sense of joy that permeated the earlier chapters.

I need to start off by saying that I loved this book. This was a great read that was filled with humour and I have to say it was unique compared to anything I’ve read before.

This book is filled with innuendos that made me laugh out loud and smile at my screen. I loved Josh and I loved Evie and them together was the perfect match. Josh was a gentleman, he was hilarious, and enthusiastic meanwhile Evie was just as funny, genuine and relatable. All the secondary characters were great too. They added another level of greatness to the story, Kendall and Drew were the perfect best friends that gave us something extra to laugh about and I can’t wait to read their story next.

This plot line was so different that it had me wanting to find out what happens next, it’s not every day that we find a book where the hero has a blog dedicated to his dick… and he’s internet famous because of it. It was genius.

Lex Martin and Leslie McAdam’s had me laughing throughout this whole book but they also had me feeling all the emotions when some of the twists appeared. They created the perfect romantic comedy. This book is perfect if you want to laugh, to read a book with complicated characters and to have some twist and turns along the way as well as those steamy scenes then this book is perfect for you. I don’t think you’ll be disappointed with All About The D, in fact, i’ve already recommended it to a friend. I can’t wait for the next instalment!

Hanbarn
3.0 out of 5 stars Okay
Reviewed in the United Kingdom on 25 January 2019
Verified Purchase
Good read but to be honest either I was having an off day or something was missing from this book. Had some great dialogue and humour, and the sex scenes were well written. So why am I hesitating to say it was a great book? Fantastic storyline and so funny, yet the clever female lawyer with body issues just never reached her potential in the book. Our mr Cartwright on the other hand was everything you want in a lead character. Big drawbacks were drew who had his own book after this, and the bitch Angela in the office. Would have liked some payback for both. Anyway enjoyable but.
Read more
Report abuse

AMC
5.0 out of 5 stars 10 Star Story
Reviewed in the United Kingdom on 8 May 2017
Verified Purchase
Freakin loved this!! This story pushes every button using every emotion you have. I laughed, cried, my heart hurt with the angst but most of all it made me smile, a lot. It also made me giggle, an awful lot!! If I could I would have given this story by #Lexlie a hell of a lot more stars, it is that good. Bring on book 2 please.
Read more
4 people found this helpful
Report abuse

Mel
5.0 out of 5 stars Easy, fun and sexy read
Reviewed in the United Kingdom on 31 January 2019
Verified Purchase
This was an easy, fun and sexy read that helped turn my hectic day into a relaxing and entertaining evening. I can’t wait to see what this writing duo comes up with next ( there is a next time right) loved this book and I would absolutely recommend
Read more
Report abuse

Gem Lou
5.0 out of 5 stars Omg!! Read this book! You wont regret it!!
Reviewed in the United Kingdom on 5 May 2017
Verified Purchase
Wow!! What can I say?..... All About the D is a romantic comedy complete with everything…laughter, swooning and crying. I totally LOVED this book and couldn't put it down!!! Get ready for some serouisly HOT sex scenes! I am so glad I got to read this fantastic book!! It's a MUST READ!!
Read more
2 people found this helpful
Report abuse

MsMerylB
5.0 out of 5 stars Witty
Reviewed in the United Kingdom on 8 January 2019
Verified Purchase
An original concept and well written story! The characters are real and wonderful. Very raunchy and humorous with a bit of romance on the side.
Read more
Report abuse
See all reviews
Get FREE delivery with Amazon Prime
Prime members enjoy FREE Delivery and exclusive access to movies, TV shows, music, Kindle e-books, Twitch Prime, and more.
> Get Started
Back to top
Get to Know Us
Make Money with Us
Let Us Help You
And don't forget:
© 1996-2020, Amazon.com, Inc. or its affiliates