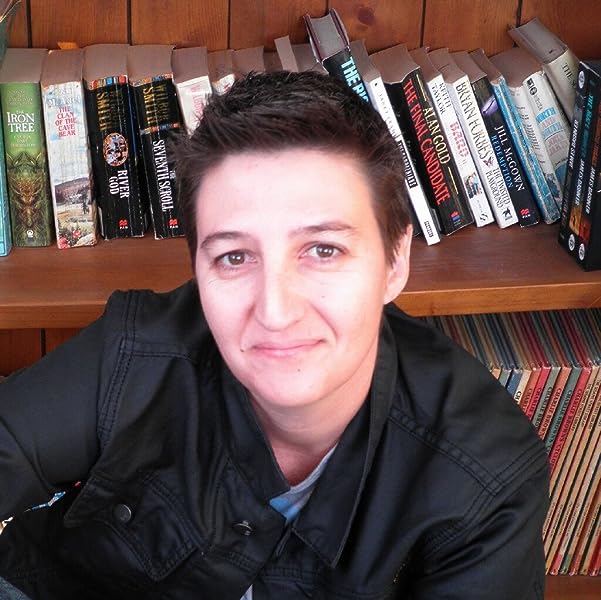 All-rounder Alice Henderson finds herself in the spotlight when she attracts the attention of an elite scout for an all-girls cricket camp.

Hungry for a chance to shine and realise her dreams of playing on a competitive cricket team, Alice relishes the opportunity to attend camp and make a name for herself. However, not all is fair in war and cricket, and Alice struggles to find her footing amongst many other talented players, who all share the same hope of being selected.

Alice finds herself at the crossroads of her athletic identity: torn between her lofty ambitions and her friendships with her team mates.

In Alice Henderson -– On Debut, one young athlete must decide between ambition and loyalty and learn the important role character plays on the pitch. Will Alice swing for the boundary and realise her dreams, or will she take aim for something much bigger than fame?

New from the author of The Girl from Munich
From Australia’s bestselling author comes the story of one woman’s determination to find her place in a world that men are threatening to tear apart. Shop now.
Start reading Alice Henderson On Debut (The Alice Henderson Book 1) on your Kindle in under a minute.

Selena “SR” Silcox started writing sweet romance stories for lesbian teens because she never got to read them when she was younger.

She quickly discovered it was a great way for her to relive her glory days from her childhood and make up for all the things she didn’t do but wished she could have.

She currently writes the Girls of Summer Series of sweet romances for lesbian tweens and teens, as well as the Alice Henderson Series about girls who play cricket.

Sam Alexander
5.0 out of 5 stars Wonderful read for adults and teenagers.
Reviewed in Canada on 26 February 2018
Verified Purchase
The first of hopefully many Alice Henderson stories, this is a very enjoyable tale of a determined and talented teenage girl trying to make her way in a world dominated by "tradition". Maybe you don't understand the wonderful sport that is cricket, but don't let this put you off (learn more!) . This is a great read, with good characters, and I'm sure there are parallels in other sports.
Highly recommended.
Read more
Report abuse

Bleu
5.0 out of 5 stars A very sweet enjoyable read.
Reviewed in the United States on 17 October 2017
Verified Purchase
Living in the US, I really know very little about Cricket, but I do know first hand that until Title IX, girls had limited access to varsity sports. But Alice's story is much more, she is a young girl coming of age, dealing with her place in her family, her relationship with her jealous brother, the disadvantages of coming from a rural area, and worse yet, the stigma of social standing and harassment within the group of girls chosen to participate in the Cricket camp. Not only does Alice overcome it all, though it is sometime painful, but she also surpasses expectations when it comes to the meaning of true friendship. This novel offered so much with plot and sub-plots and character development. It was a very sweet enjoyable read that made me sadly recall the 50's when I grew up and so desperately wanted to play basketball but the option other than playground courts was not there.
Read more
Report abuse

CLo
5.0 out of 5 stars I was lost but really enjoyed it
Reviewed in the United States on 9 February 2018
Verified Purchase
I love sports books and if you add a romance all the better. Well, this has no romance nuttiness cricket...and I know nothing about cricket. So basically when it came to the sports side it was foreign language that try as I might I couldn't get. Despite that, the journey Alice took was a good one. The friendships she formed at camp with Charlie, Hannah, and Jules was we enough developed and I hope to read more about them. I'm actually looking to see if Paris or Sheri show up again. Only thing I wish was there was more character description. I'm one who likes to know what characters look like. Anyway, looking forward to the next one.
Read more
Report abuse

Kindle Customer
5.0 out of 5 stars Highly enjoyable
Reviewed in the United States on 28 January 2017
Verified Purchase
I loved this book. I don't know much about cricket but now I want to learn more. Awesome girl sports story. Looking forward to more in the series.
Read more
Report abuse
See all reviews
Back to top
Get to Know Us
Make Money with Us
Let Us Help You
And don't forget:
© 1996-2021, Amazon.com, Inc. or its affiliates