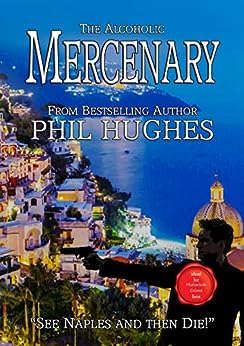 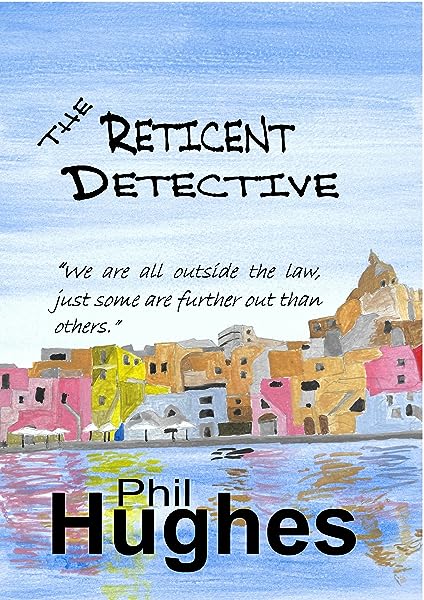 by Phil Hughes (Author), Holmes Editorial (Editor) Format: Kindle Edition
See all formats and editions
Sorry, there was a problem loading this page. Try again.
They said, “See Naples and then die!”

Rachel had thought it was to do with the place’s natural beauty. A misconception she soon lost after climbing down from the C130 troop carrier. Her predecessor’s suspicious death, the murder of a sailor, and an enforced liaison with a chauvinistic and probably corrupt cop saw to that.

“See Naples and then die!”

Some said the saying was anonymous. Some attributed it to Goethe. Still, others said it was Lord Byron, or maybe Keats. When the young brother of a mercenary hitman became her main suspect, Rachel leant towards Keats. Didn’t the poet die here? Somewhere near, for sure. He probably coined the phrase on his deathbed.

And then, the cherry on the top of her ice cream soda, she could smell grappa on the breath of the mercenary when she interviewed him—the only thing worse than a violent man: a violent man who drinks.

WHAT THE CRITICS SAY

I GOT LOST IN A BOOK

“I thought this story was wonderfully narrated. At times it felt like I was watching a movie rather than reading a book.”

“I think this book would certainly appeal to those who like historical crime fiction. It was certainly a good read and one I enjoyed very much.”

“I thought the author really brought this era back to life, and I thoroughly enjoyed every minute of this book.”

“If you are looking for a fast-paced crime thriller then this novel will be right up your street.”

“This novel is everything that a historical mystery should be.”

“I am really looking forward to reading more books by this very talented author.”

“The non-stop action in this book was utterly compelling from beginning to end.”

“I thoroughly enjoyed every minute of this novel and I am sure you will too.”

Phil Hughes spent his adult life travelling throughout Europe and the Mediterranean working as a contract technical writer and editor. Having strived for others for thirty-odd years, he decided to break away from his comfort zone and attempt a career doing what he loves best, writing fiction. After deciding on a future in fiction, Phil returned to Dublin, where he now lives with his partner and their border terriers, Ruby and Maisy.

Phil chose Mediterranean Noir as a genre because he lived in the organized crime hotspot of Naples for many years. During that time, he met many people in many situations, who provided the material for his books. The events and the people represented that age-old paradox of pathos begetting humour, and so lent themselves well to a genre that comprises both tears and laughter. Many of the events that are related in Phil’s works were witnessed by him first hand. He has changed the timelines and the names of those involved to protect the innocent and the guilty alike.

Katherine Mezzacappa
5.0 out of 5 stars A cunningly plotted thriller set in and around 1970s Pozzuoli.
Reviewed in Italy on 29 April 2022
Verified Purchase
Boccone, an alcoholic career soldier is cashiered for attacking a bullying superior and has nowhere to go other than back to the home he has avoided for years, inevitably to be caught up in organised crime – but on the other side. He gets quickly into role – too far in, for killing gets easier as a police informer. An affair with the daughter of a local crime boss (unusually a woman, a character resembling the real life Pupetta Maresca) is a risk he really shouldn’t run.

On the local US military base, Rachel takes a new posting, inheriting the office of a predecessor who committed suicide, but encounters an omertà as to why he shot himself that the Mob would be proud of. When an American sailor is murdered, Rachel and Boccone’s careers begin to intertwine. In this world, who can anyone trust? Not friends – and family only at a price.
Read more
Report abuse
See all reviews
Report an issue
Does this item contain inappropriate content?
Report
Do you believe that this item violates a copyright?
Report
Does this item contain quality or formatting issues?
Report