Alcatraz vs. the Evil Librarians and over 1.5 million other books are available for Amazon Kindle . Learn more
Share <Embed> 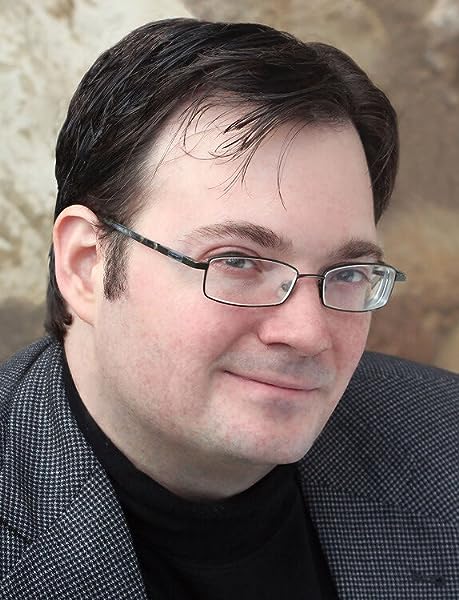 Page 1 of 1 Start overPage 1 of 1
Previous page
Next page
Start reading Alcatraz vs. the Evil Librarians on your Kindle in under a minute.

4.6 out of 5 stars
4.6 out of 5
350 global ratings
How are ratings calculated?
To calculate the overall star rating and percentage breakdown by star, we don’t use a simple average. Instead, our system considers things like how recent a review is and if the reviewer bought the item on Amazon. It also analyses reviews to verify trustworthiness.

Coralie Gordon
2.0 out of 5 stars Not for me, but not awful
Reviewed in Australia on 7 November 2015
Verified Purchase
I really like Brandon Sanderson, but this was not for me. To be fair the author does put a warning that this book is not like his other works, and it's not. So, read the preview chapters provided on the author website and see if you would like to continue with it. Younger readers might also find it more enjoyable - teenage.
Read more
Helpful
Report abuse

E. A. Solinas
TOP 500 REVIEWER
4.0 out of 5 stars Rutabaga
Reviewed in Australia on 11 April 2016
Alcatraz Smedry seems like an ordinary preteen boy... except he has a particular talent for breaking things, he's an Oculator, and he's being chased by fascist Librarians.

And that's only the beginning of the insanity that goes on in "Alcatraz Vs. The Evil Librarians," a charming middle-school fantasy by fantasy titan Brandon Sanderson. And rather than playing the book's events straight, Sanderson keeps his tongue firmly placed in his cheek, both about his oddball hero ("If you are anything like me – clever, fond of goat cheese, and devilishly handsome") and about the topsy-turvy world of misinformation and paper monsters he inhabits.

On his thirteenth birthday, Alcatraz receives a bag of sand, which is allegedly from his birth parents. He's more concerned about being bounced from his latest foster home, and having nowhere to go -- until a man with a gun menaces him, and a strange old man who claims to be his grandfather rescues him from the evil "Librarian." Grandpa Smedry claims that he is an Oculator from the Free Kingdoms, and that the bag of sand is the power Sands of Rashid... which makes it problematic that the Librarians have stolen it.

Obviously Alcatraz believes the old man is insane at first, but goes along with it -- and soon discovers a strange world of paper monsters, silver-haired teen knights, bizarre talents (of which his "breaking things" is one), magical eyeglass lenses and hidden continents. They must infiltrate the local library to get back the Sands of Rashid before it's too late... but they also have a terrifying enemy in a Dark Oculator. Will Alcatraz, Bastille and Sing (yes, the characters have prison names) be able to save themselves, let alone the rest of the world?!

It's obvious from "Alcatraz vs. the Evil Librarians" that Brandon Sanderson had a fun time writing this one. It's whimsical nonsense ("secret" continents, evil Librarians and paper monsters), but he clearly relished reveling in that nonsense -- the entire book is a metafictional exercise written from Alcatraz's perspective as a sort of memoir, and he declares that the perception that it's all nonsense is because the Librarians have molded your mind and perceptions of reality to fit their ends, declaring that the "no Librarian is likely to recommend it."

And in the process, he has some fun with what people consider "serious" literature for kids ("Instead, his dog will die. Or, in some cases, his mother will die. If it’s a really meaningful book, both his dog and his mother will die"), and twiddling with the idea of what is "realistic" and/or "nonsense." If real life has taught us anything, it's that people are easily lied to and deceived. See also: every election.

In the meantime, Sanderson presents us with a fun, colorful adventure that jaunts along at a rapid pace, full of funny little moments (such as Alcatraz explaining how he once "broke" a chicken) and quirky first-person narration ("If you are ever attacked by unstoppable monsters created entirely from bad romance novels..."). It has the typical elaborate forms of magic that you'd expect of any of his books, presented with a whimsy AND menace that is thoroughly entertaining. Nothing too deep here, just a rollicking adventure story that likes to poke fun at story tropes.

And Alcatraz himself is a fun lead character -- snarky, self-deprecating, and constantly reminding us that he's not a nice person (after all, would a nice person tantalize us with action and excitement, then go back to a depressingly awful birthday?), but we do see some of the scars from a life of foster care and massive breakage that have led to him being so oddly removed from others. And while they're not terribly developed yet, the other characters -- wildly eccentric Grandpa Smedry, the irascible Bastille, nonsense-spouting Quentin and weapons-happy Sing -- are all fun to read about.

Fun and light, "Alcatraz vs. The Evil Librarians" is an entertaining introduction for kids to the works of Brandon Sanderson -- clever, imaginative and very rarely slow-moving. Remember: Cantaloupe, fluttering paper makes a duck.

Alaran
5.0 out of 5 stars Are dinosaurs British?
Reviewed in the United Kingdom on 9 November 2013
Verified Purchase
A very well written and enjoyable children's book with a wry, satirical sense of humour that will simultaneously entertain adults as well as amuse children.

It is a story concerned with our world not being as we think we know it. It is based around the concept that evil librarians rule the world behind the scenes and suppress the peoples of it with lies, manipulation and sometimes force. The story is told from the perspective of the main protagonist, the eponymous Alcatraz. He is an orphan in our world who discovers he is the last in the family line of Smedry, a leading magical family in the battle against librarian oppression in this mysterious hidden world.

A lot of this magical world and its inhabitants are left half explained as it is gradually revealed through the cynical eyes of Alcatraz. There is a lot of establishing ideas which will no doubt be fleshed out in the several sequels. Many of these concepts are very intriguing and need developing further.

The highlight of this book, however, is the first person perspective and writing style. In this way it is very different from much of Sanderson's other work (almost as if it is a different author) despite some similar themes and content. The idea that Alcatraz is actually the author and Brandon Sanderson only a pseudonym gives another level to the book and provides plenty of entertainment as the author mocks his own art form.

This is a great novel for the children's/young adult market. But any adult who has enjoyed Sanderson other work should definitely give this a go. The question above will also be answered.
Read more
2 people found this helpful
Report abuse

Shishya
1.0 out of 5 stars Warning: series has been abandoned
Reviewed in the United Kingdom on 31 December 2020
Verified Purchase
I loved this book, but the author has abandoned the series- the last book came out 5 years ago. It doesn’t take that long to write a short YA book.

The last book ends on a cliffhanger , but there is no new book, and it doesn’t look like there will be one.

Mr L Reynolds
5.0 out of 5 stars Adding some fantasy and fun to the bedtime sto-
Reviewed in the United Kingdom on 30 April 2016
Verified Purchase
As a huge fan of Brandon's adult work, I was very happy to find he had written a series for younger readers as these books have become bedtime stories for my 9 Year old boy, who loves them asking to be read Alcatraz every night. I'm surprised they have been published as long as they have as I had not heard of them before.
Read more
Report abuse

Bookman
5.0 out of 5 stars Brilliant book!
Reviewed in the United Kingdom on 17 October 2018
Verified Purchase
Brandon Sanderson is an excellent author. I enjoy all his writings. This book is for kids and my kids enjoyed it thoroughly. Highly recommended.
Read more
Report abuse

paul
1.0 out of 5 stars Don't waste your time
Reviewed in the United Kingdom on 20 March 2019
Verified Purchase
Boring ZZZzzzzz
Read more
Report abuse
See all reviews
Get FREE delivery with Amazon Prime
Prime members enjoy FREE Delivery and exclusive access to movies, TV shows, music, Kindle e-books, Twitch Prime, and more.
> Get Started
Back to top
Get to Know Us
Make Money with Us
Let Us Help You
And don't forget:
© 1996-2020, Amazon.com, Inc. or its affiliates