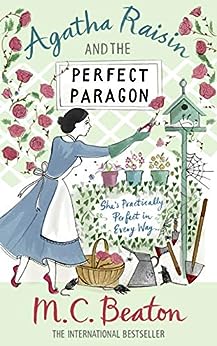 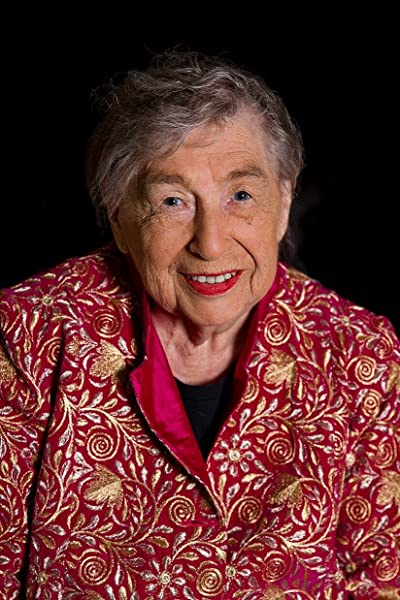 Agatha is like Miss Marple with a drinking problem, a pack-a-day habit and major man lust. In fact, I think she could be living my dream life. ― Entertainment Weekly --This text refers to the paperback edition.

M.C. Beaton (1936-2019) was the author of both the Agatha Raisin and Hamish Macbeth series, as well as numerous Regency romances. Her books have been translated into seventeen languages and have sold more than twenty-one million copies worldwide. She is consistently the most borrowed UK adult author in British libraries, and her Agatha Raisin books have been turned into a TV series on Sky. --This text refers to the paperback edition.

The sixteenth in the Agatha Raisin series, complete with brand new cover design --This text refers to the paperback edition.

M.C. Beaton (1936-2019) was the author of both the Agatha Raisin and Hamish Macbeth series, as well as numerous Regency romances. Her books have been translated into seventeen languages and have sold more than twenty-two million copies worldwide. She is consistently the most borrowed UK adult author in British libraries, and her Agatha Raisin books have been turned into a TV series on Sky. --This text refers to the paperback edition.

'I'm not sure I wouldn't back Agatha against Jack Reacher in a fight. She has the ruthlessness. The cunning. And the poisoned quiche' Daily Telegraph

'Agatha is like Miss Marple with a drinking problem, a pack-a-day habit and major man lust. In fact, I think she could be living my dream life' Entertainment Weekly

She's practically perfect in every way!

After being nearly killed by both a hired hit man and her former secretary, Agatha Raisin could use some low-key cases. So when Robert Smedley walks through the door of her detective agency, determined to prove that his wife is cheating on him, Raisin Investigations immediately offers to help.

Unfortunately for Agatha, Mabel Smedley appears to be the perfect wife: young, pretty, and a regular volunteer at church. But just as Agatha is ready to give up, Smedley is poisoned with weed killer, leaving Mabel, the prime suspect, to inherit a fortune.

With no one left to pay her, Agatha has to drop the investigation . . . that is, until her old friend Sir Charles Fraith turns up again to rekindle her curiosity in the case.

Praise for M. C. Beaton:
"It’s been 40 years since Dame Agatha Christie’s death, and in that time, reviewers have often bestowed her mantle on new authors. M. C. Beaton is one of those so honoured, and she deserves it. When it comes to artfully constructed puzzle plots and charming settings, Beaton serves it up."—Globe & Mail
"It is always fun to read an Agatha Raisin mystery, but the latest installment freshens up a delightful series by converting the heroine from amateur sleuth to professional without changing her caustic wit."—Midwest Book Review
"A very satisfying change for the smart woman of mystery with a new cast of colorfully realized characters blending with a few old favorites."—Mystery Lovers Bookshop
"I simply love mysteries that have all the requirements necessary to make them great—the characters, the action, the plots and that thing we call humanity. Beaton has them all in spades."—Tulsa World
"If you’re a fan of a good cozy, give Agatha Raisin a try."—Reviewing the Evidence
--This text refers to an alternate kindle_edition edition.
Read more

4.6 out of 5 stars
4.6 out of 5
412 global ratings
How are ratings calculated?
To calculate the overall star rating and percentage breakdown by star, we don’t use a simple average. Instead, our system considers things like how recent a review is and if the reviewer bought the item on Amazon. It also analyses reviews to verify trustworthiness.

Janet
5.0 out of 5 stars Five Stars
Reviewed in Australia on 31 May 2015
Verified Purchase
Agatha is a wonderful character and the books are a joy to read.
Read more
Helpful
Report abuse
See all reviews

Ruthanne
4.0 out of 5 stars I loved Agatha Raisin when I first discovered her
Reviewed in the United Kingdom on 19 April 2018
Verified Purchase
I loved Agatha Raisin when I first discovered her. The first few books are really addictive. The later storylines got even more ridiculous and even more silly. In the same vein as Hamish Macbeth, M C Beaton gets away with it because you, as a reader, become fond of the characters and so when another book is churned out, you instinctively hope that maybe something good has at long last happened to the main character and so your loyalty hasn't been in vain, unfortunately as with Hamish Macbeth this never happens and you get to the end of another book saddened that you cannot get that time you have just invested, back again.
I love Agatha Raisin and some of the main characters but my advice is the same as I would give about smoking, don't start because its really hard to quit.

Damaskcat
5.0 out of 5 stars Agatha Raisin and the Perfect Paragon
Reviewed in the United Kingdom on 27 March 2017
Verified Purchase
After her previous adventures Agatha is hoping for some routine cases so when Robert Smedley walks into her agency and asks Agatha to check up on his wife, Mabel who he thinks is having an affair she thinks her plea for mundane cases has been answered. But can Mabel really be as perfect as she appears? When Robert Smedley dies in suspicious circumstances the case suddenly becomes more exciting and more dangerous.

I enjoyed this interesting murder mystery and I liked seeing how Agatha's detective agency is developing. She and her staff are gradually becoming more efficient and effective. I thought this book was well plotted and fast paced with plenty of twists and turns and some interesting chases across various countries.

If you enjoy amusing and relatively light hearted mystery stories with an outspoken heroine who hardly ever does the right thing then you may enjoy this book and this series. This is number sixteen in the series.

Perth Mum
4.0 out of 5 stars The other Agatha
Reviewed in the United Kingdom on 12 March 2021
Verified Purchase
Agatha Raisin is looking for the murderer of a young girl. Her team of detectives are also looking for adulterous spouses and various missing animals.
Roy’s career is going through a series of highs and lows. Bill’s mother is cooking dinner. Charles is dropping in and out while James is no where to be seen. And Mrs Bloxby is offering an island of calm in the midst of chaos.
All the elements are in place for a comfortable read.

Mary
5.0 out of 5 stars Agatha unravels a complex murder in her own inimitable style.
Reviewed in the United Kingdom on 8 September 2020
Verified Purchase
I have been reading the Agatha Raisin E books in order. They are great. In the Perfect Paragon the storyline is complex with lots of twist and turns. Agatha and her detective agency deal with murders, missing teenagers, cats etc. With help from Sir Charles as he comes and goes at will into Agatha’s life. The book is gripping and exciting and will keep you guessing to the end.
Read more
Report abuse

L. D. Unwin
4.0 out of 5 stars Frustrating yet compulsive reading.
Reviewed in the United Kingdom on 3 March 2015
Verified Purchase
I have to admit that I am hooked on the Agatha Raisin stories and I have read many of these books. However, if you are a stickler for correctly formed sentences and use of punctuation, it may drive you round the bend. The repetition of phrases makes me think that the author never reads through her work before sending it to the publisher, some sentences are grammatically incorrect and the punctuation is 'interesting'. One would expect such a prolific writer to have got the hang of it by now. Nonetheless, the storylines are good and the characters well-drawn.
Read more
Report abuse
See all reviews
Back to top
Get to Know Us
Make Money with Us
Let Us Help You
And don't forget:
© 1996-2021, Amazon.com, Inc. or its affiliates