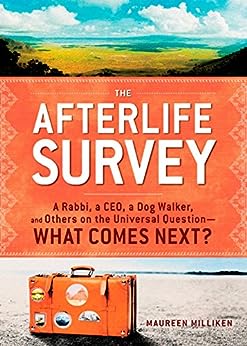 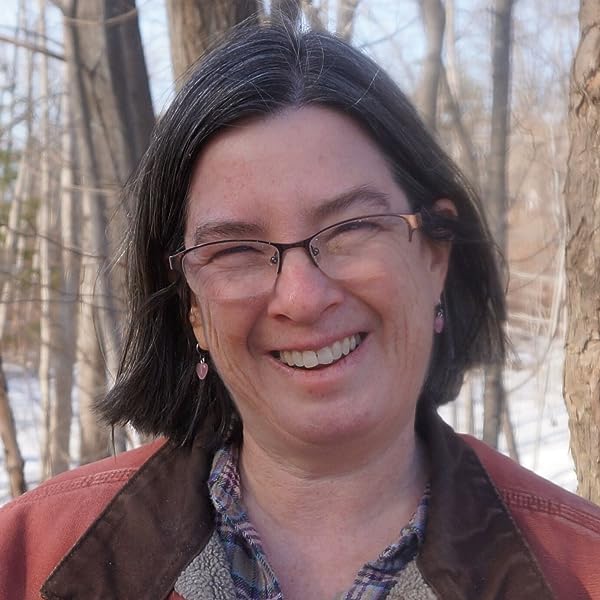 The Afterlife Survey: A Rabbi, a CEO, a Dog Walker, and Others on the Universal Question—What Comes Next? Kindle Edition

Maureen Milliken (Central Maine) is a longtime journalist, columnist, editor, and fiction writer who has written for such publications as New Hampshire Union Leader and Sunday FirstEditing.com, Haverhill Gazette, and Biddeford-Saco Journal-Tribune. She currently serves as the night news editor for the Kennebec Journal and the Waterville Morning Sentinel, both based in Maine. Raised Roman Catholic, she is a graduate in English literature of the College of the Holy Cross and her belief in the afterlife has careened from the fear of eternal damnation the fear of the abyss of nothingness. --This text refers to an alternate kindle_edition edition.

Maureen Milliken, author of The Bernie O'Dea mystery series, is a third-generation newspaper editor, whose books reflect not only her affection for journalism, but also her love of her home state, Maine.

She grew up in Augusta, Maine, and is a graduate of the College of the Holy Cross in Worcester, Mass. She was first a reporter, then an editor, for newspapers in Maine, Massachusetts and New Hampshire before returning to Maine in 2011. Her grandfather and father were also both newspaper editors, and she was most recently the city editor of a daily newspaper in central Maine.

She is also the author of two nonfiction books, &quot;Get it Right: A Cranky Editor's Guide to Usage, Grammar and Punctuation,&quot; and &quot;The Afterlife Survey&quot; (Adams Media, 2011).

Michael E. Tymn
5.0 out of 5 stars Much to Ponder On
Reviewed in the United States on 29 December 2011
Verified Purchase
According to one recent survey, 74 percent of Americans believe in an afterlife, up from around 69 percent in 1973. However, as author Maureen Milliken, a Maine journalist, observes, those beliefs take on different forms and degrees. For many, "belief" really translates to "hope." And while the non-believers do not vary much in form - seeing mostly nothingness - they also vary in degrees of non-belief. .

The author offers a number of different surveys relative to beliefs in an afterlife, God, heaven, hell, miracles, ghosts, and related religious or spiritual subjects, and interviews a "cross-section" of 23 people to get their views on the afterlife or on the nothingness. The 23 range from hard-core "born again" religious fundamentalists at one extreme to equally hard-core scientific fundamentalist at the other extreme. In between are people with varying degrees of faith, hopefulness, uncertainty, and skepticism.

The 23 interviewees include a newspaper editor, a college professor, an office manager, a sheet metal worker, an engineer, a rabbi, a college student, a minister turned atheist, a bookseller, and sundry other occupations. Actually, the blue-collar or laboring class does seem to be under-represented and thus one might question whether it is in fact a true cross-section. Moreover, with the white collar and educated more prominent in the survey, there appears to be a disproportionate number of hard-core atheists among the 23 with a relative lack of the evangelical types. One can understand the author's dilemma in this respect as the uneducated may not have been able to eloquently express their beliefs. Various surveys indicate that atheists make up only about 10 percent of the American population while they seem to account for 20-25 percent of the author's "cross-section," although it is difficult to classify some of them. (It should be kept in mind that not all of the 26 percent of the non-believers in the above-mentioned survey are necessarily atheists)

"If we truly believe in God - and it doesn't matter what faith we are - then we should trust that He will be with us in death and beyond, whatever that means," said Kendra Vaughn Hovey, one of 23. The "whatever that means" is a key to understanding the confusion among survey respondents, since different words clearly mean different things to different people, depending on education, culture, religion, and various personality and background factors. To some, God is a man with a beard on a throne, to others God is some form of cosmic consciousness, while to still others, god is nothing but a mythical figure contrived to overcome one's fear of death and extinction.

In the early chapters, Milliken briefly explores various religions and belief systems, including, in addition to the major religions, Wicca, Scientology, Kabbalah, Jainism, and Secular Humanism. It is not a very comprehensive exploration, and in some cases, such as with Spiritualism and Spiritism, she falls far short of giving accurate or adequate descriptions of the groups' beliefs. So brief and lacking are her descriptions of those two belief systems that she should not have even attempted to mention them. At the same time, had she interviewed a knowledgeable Spiritualist or Spiritist, she might have received some responses that make sense of the afterlife and of this life. Nevertheless, the point is made that a belief in an afterlife is at the root of most religions and belief systems however they may differ. One can further sympathize with the author in this respect, since the complexities of the subject matter certainly do not lend themselves to brevity and require much more than 210 double-spaced pages to describe.

In taking a brief look at the evidence for the survival of consciousness at death, Milliken does not go much beyond a few statements by Dr. Jeffrey Long, a researcher in near-death experiences. Nothing is mentioned of the volumes of scientific research advanced by esteemed scientists and scholars representing the Society for Psychical Research (SPR) and similar organizations. A few "ghost" stories are related, but nothing of the extensive research carried out in the area of spirit communication by famous physicists, biologists, and physiologists representing the SRP, such as Sir Oliver Lodge, Sir William Crookes, Sir William Barrett, Dr. Charles Richet, Dr. Gustave Geley, Dr. James H. Hyslop, Dr. Ian Stevenson, and others. Then again, because of the resistance by both religious and scientific fundamentalists, the public is generally ignorant of all of their contributions to survival research and this book is apparently not intended to go beyond what the general public perceives.

It is equally clear that the scientific fundamentalists quoted in the book are unfamiliar with the work of the SPR since they continually point to the lack of evidence for survival. As with nearly all the hard-core atheists I have encountered, those interviewed by Milliken all seem to have rebelled against their religions, seeing themselves as "enlightened" individuals stoically and philosophically facing extinction while content to "live in the moment," that seemingly sage time-worn advice which suggests that most people aren't already living in the moment. There is no indication that any of the atheists interviewed has attempted to go beyond orthodox religious dogma and doctrines in developing an understanding of spiritual matters or knows anything about the scientific research efforts in this area. Nor do most of them seem to know the difference between proof and evidence. Of all the 23, the atheists emerge as the most "knowledgeable." Had there been a greater representation of evangelicals, this may not have been the case, however. One of the atheists twice condemns TV medium John Edward, but knows so much about him that he calls him "Jonathan Edwards."

The author is careful not to take sides or express a belief of her own, but she does appear to have adopted the minister-turned-atheist as a hero of sorts, leaving one to wonder if she secretly shares his dead-end views. Overall, though, the book is written with considerable objectivity and offers much to ponder on. The shortcomings mentioned are not so much those of the author as they are of a spiritually-challenged society - one that represses all thoughts of death and lives too much in the moment. It is an interesting and thought-provoking read.

Read more
4 people found this helpful
Report abuse
See all reviews
Back to top
Get to Know Us
Make Money with Us
Let Us Help You
And don't forget:
© 1996-2021, Amazon.com, Inc. or its affiliates