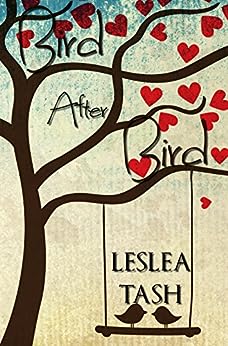 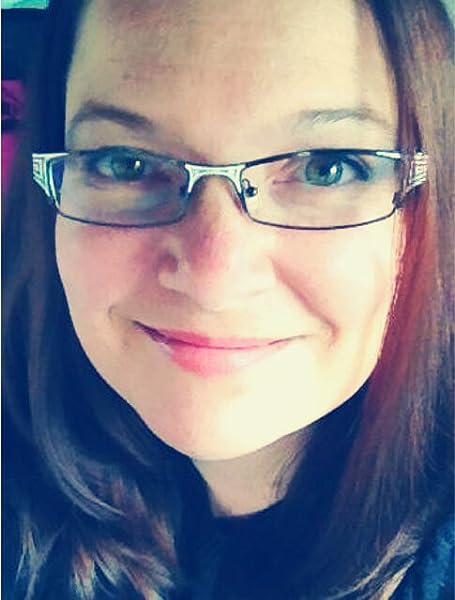 Bird After Bird (The Byrds of Birdseye Book 1) Kindle Edition

Katina L. French
5.0 out of 5 stars Sweet Home Indiana
Reviewed in the United States on 5 August 2014
Verified Purchase
This was a fantastic story that delivers warmth, wisdom and romance. The story reminded me of the movie "Sweet Home Alabama," with its themes of "roots versus wings" and how two broken people, no matter how right they are for each other, sometimes need some space and healing in order to work out.

Wren and Laurie are perfect for each other, but neither one is really ready for love when they meet again in their childhood hometown of rural southern Indiana. Both are grieving deep losses, and I'm so glad the author didn't have the solution be "they fell in love and that fixed everything." As with Sweet Home Alabama, you've got the driven, passionate career woman and the relaxed, works-with-his-hands country boy with an artistic side. Loved the little touches depicting small town life and people as well, both the good and the bad. The happy ending, when it arrived, felt earned, honest and realistic.

Can you go home again? Maybe not, but you can find home when you stop running from the past.
Read more
2 people found this helpful
Report abuse

Brandee @ (un)Conventional Bookworms
5.0 out of 5 stars Tender & Sweet Tale
Reviewed in the United States on 14 April 2014
Verified Purchase
Bird After Bird is beautifully written. It is a tender and sweet tale about two bird lovers finding themselves and each other.

"You know all those birding trips we took, where we got out of town and bumped up our life list? You remember those times when we ended up lost, took a wrong turn, and still ended up where we were meant to be? Kid, that's where you are, I think. I think you're trying, but..."

Wren Riley spent one incredible summer with her dad, searching for birds and making new memories following the death of her mom. She then spent ten years doing all she could to make her dad proud - at least on paper. Following another devastating loss, she's back home to deal with some things and one of those 'things' is the journal she and her dad made that one summer. Wren then embarks on a soul-searching journey as she tries to follow her dad's advice and find the real Wren. And along the way, she finds Laurie Byrd.

Laurence 'Laurie' Byrd has more than a few demons. Having been raised by a mother who was never happy with who he was, he has a few issues. He's also an Army vet who saw and lost things in war on both sides - the home front and the battlefield. Laurie has been ghosting through life since his return. When he meets Wren, he feels something - like being alive again. So he sets out on a journey of his own.

Wren is a heroine I could identify with in that she worked very hard but wasn't following her passion. She was trying so hard to be enough but she wasn't happy doing it. Laurie's character resonated with me because of his feelings of not measuring up. It was such a joy to see these two help one another realize that neither one of them should be wasting time chasing paper birds. That's a lesson that resonated with me as well.

I adore this story. It's told in dual POV and having a front row seat to both Wren's and Laurie's journeys was fascinating. Ms. Tash clearly loves these characters and shares their story with such emotion and tenderness, it made me love them all the more. The fact that Wren and Laurie both have 'bird' names that correlate to the title was clever. There are many references to this throughout the story and Ms. Tash tied it all together with the birds brilliantly.
Read more
2 people found this helpful
Report abuse

Claire Santos - Coffeeholic Bookworm
5.0 out of 5 stars a novel that tugged at my heartstrings :)
Reviewed in the United States on 17 August 2014
Verified Purchase
I was bawling like crazy from the very start of this book. I know I earned curious looks from my kids while I was reading Bird After Bird but I really couldn't help it. It was a touching story.

Bird After Bird follows Wren Riley who was still mourning the loss of his father. She returned to Indiana to sell her father's house a year after he died. She was reading a letter from his father which told her of his undying love to his Princess Birdzilla and left her a book that both of them had created when Wren's mom passed away. Dad and daughter tandem were actually bird enthusiasts and had spent most of their time together going to places and watching/studying birds. The letter was so heartfelt and full of emotions that I found myself crying and sniffing too.

We also meet Laurence Byrd, (he preferred to be called Laurie ), a mechanic, dog trainer, a former Army and an artist. A man of so many talents, a man of the world, if I may say so. He, too, was healing a wounded heart when his fiancee died while he was away in Iraq. Then his soldier bestfriend died a couple of feet away from him while they were at war. To abide his time, he taught other locals how to paint, wrote love letters to his dead fiance and left paper cranes in various parts of his hometown.

Soon, Wren and Laurie met. Two broken souls, finally learning to move on and move forward. But the question really is, would they be able to move in together in Chicago or Indiana or probably in New York where she got a new job?

Bird After Bird tugged at my heartstrings. Truth is, my own father is battling cancer right now and I know how it is to feel like the light of your life is fading. This novel made me appreciate my father more and more. I also think one of this book's strong points is the relationship between Laurie and his sister Louisa, who had kept up with him through thick and thin. Reminds me of my own brothers and sisters who had been my pillars of strength during our family crisis. This had been a truly wonderful read, one of the books that I really appreciated. A book that once you've picked it up, it's hard to put it back down again.
Read more
One person found this helpful
Report abuse

DCT
4.0 out of 5 stars A little birdy told me that you will like this story.
Reviewed in the United States on 27 April 2014
Verified Purchase
I'm not a bird lover per say, but I do think that they are beautiful creatures, so the bird theme is not what drew me to this book. Something about the synopsis intrigued me, and I had to pick it up. I definitely could appreciate all the imagery and thought put into the creation of this story; everything always went back to the love of birds. I mean even the names of the main characters was symbolic, Wren and Byrd; I loved the letters and journal left to Wren by her Father which added a true richness to the story which made it all the more heartwarming. I loved the story, I loved the plot, and I especially loved Laurence Bryd; what I didn't like very much was Wren. Now, what I'm saying is that as I didn't like her behavior throughout the story, I felt that the author wanted to capture a young woman who was hurting and emotionally vulnerable from the early loss of her Mother and the recent death of her Father. The author did such a good job in engaging me with the characters in the story, that I was angry at Wren for her selfish and distancing behavior toward Laurie.

There were a few elements of the story that were challenging for me. The time period from Laurie and Wren's "romantic" dinner at the B&B, to Wren being in New York seemed rushed and disjointed. The whole Laurie in the band thing seemed kind of odd and out of place. I wanted to know more about Laurie's Mom and why she was the way that she was, which was hateful. It appeared that her attitude went all the way back to her days in high school with Wren's parents; I could only speculate that there maybe some kind of interesting story in that dynamic. And of course, I wanted more ending. All in all, I did enjoy this story, and will look out for more work from this author.
Read more
One person found this helpful
Report abuse

M. Frastley
5.0 out of 5 stars A sweet and gentle story
Reviewed in the United States on 17 April 2014
Verified Purchase
Bird After Bird is a lovely and romantic tale about two people who manage to find each other despite their individual healing from grief and loss--and dealing with those losses in their own way. Wren has lost both her parents--most recently her father, who she adored. Laurence "Laurie" suffers from PTSD after losing his best friend during their deployment in Afghanistan, while simultaneously losing his fiancé at home in another tragedy. Those differences between them eventually get in the way—past hurts can have a way of messing up a perfectly good thing. A sweet romance in the new adult fiction genre, this book completely delivers. The setting of the story against a backdrop of "birding" was fascinating, in that it introduced a world to me that I know nothing about, and a unique way of two people finding each other. Pick up a copy!
Read more
One person found this helpful
Report abuse
See all reviews
Back to top
Get to Know Us
Make Money with Us
Let Us Help You
And don't forget:
© 1996-2021, Amazon.com, Inc. or its affiliates