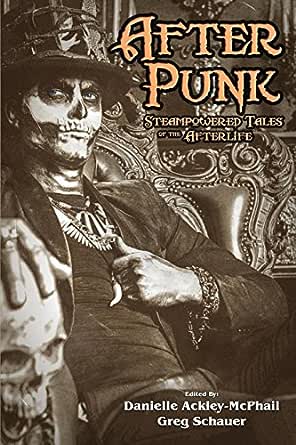 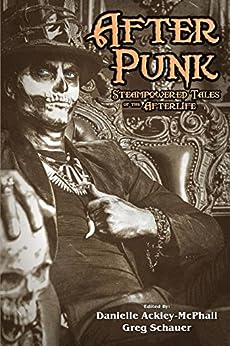 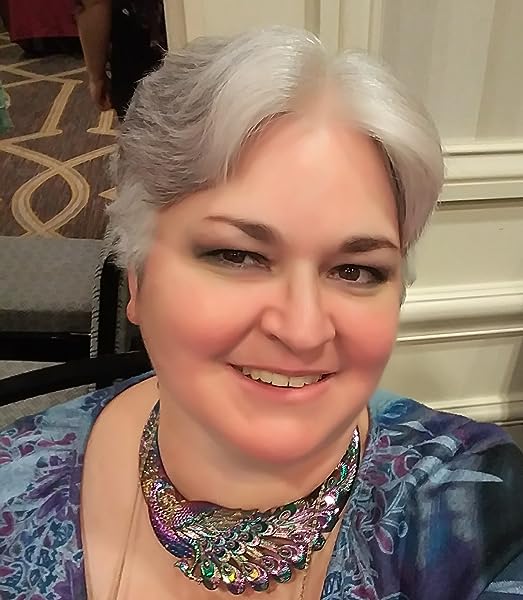 After Punk: Steampowered Tales of the Afterlife Kindle Edition

Jody Lynn Nye lists her main career activity as 'spoiling cats.' When not engaged upon this worthy occupation, she writes fantasy and science fiction books and short stories. Since 1987 she has published over 45 books and more than 150 short stories. Her newest series is the Lord Thomas Kinago books, beginning with View From the Imperium (Baen Books), a humorous military SF novel. Her newest books are Rhythm of the Imperium, third in the Lord Thomas Kinago series; an e-collection of cat stories, Cats Triumphant! (Event Horizon), Wishing on a Star, part of the Stellar Guild series, with Angelina Adams, (Arc Manor Press) and a collection of holiday stories, A Circle of Celebrations (WordFire Press), and her novella in the second in the Clan of the Claw series, Tooth and Claw. Check out her websites at www.jodynye.com and mythadventures.net. She is on Facebook as Jody Lynn Nye and Twitter @JodyLynnNye.

Award-winning author and editor Danielle Ackley-McPhail has worked both sides of the publishing industry for longer than she cares to admit. In 2014 she joined forces with husband Mike McPhail and friend Greg Schauer to form her own publishing house, eSpec Books. Her published works include six novels, Yesterday's Dreams, Tomorrow's Memories, Today's Promise, The Halfling's Court, The Redcaps' Queen, and Baba Ali and the Clockwork Djinn, written with Day Al-Mohamed. She is also the author of the solo collections A Legacy of Stars, Consigned to the Sea, Flash in the Can, and Transcendence, the non-fiction writers' guide, The Literary Handyman, and is the senior editor of the Bad-Ass Faeries anthology series, Gaslight & Grimm, Dragon's Lure, and In an Iron Cage. Her short stories are included in numerous other anthologies and collections. She is a member of Broad Universe, a writer's organization focusing on promoting the works of women authors in the speculative genres. Danielle lives in New Jersey with husband and fellow writer, Mike McPhail and three extremely spoiled cats. She can be found on Facebook (Danielle Ackley-McPhail) and Twitter (DMcPhail). To learn more about her work, visit www.sidhenadaire.com. --This text refers to the paperback edition.